Like many boys who watch war movies, Sean McCoy dreamed of glory when he joined the military. He wanted to see the world and earn every honor the armed forces could afford him.

What he would observe over his years of service would shape his view of people for the rest of his life.

Multiple branches of the military courted McCoy as a high schooler. He contemplated life as a Rambo-type special forces soldier, decorating his walls with posters of them. “I was enamored at age 18—there was an allure around the military and serving,” he reminisced.

That is when his father stepped in with a reality check. He pulled out the classified ads, pointed at a poster on his son’s wall, and asked the young McCoy to “find a job for that guy.” The point was clear: the opportunity facing McCoy in the military was one that would provide him with training that would benefit his whole life, not merely his next few years.

Therefore, he needed to choose wisely.

With his future in mind, McCoy took the entrance test to determine which jobs would be open to him. He scored so well that he had his choice. He chose electronics in the Navy (without considering whether he would enjoy it) and readied himself to sail around the world.

McCoy attributes his decision to his “young man’s wanderlust” to see the world. During his six years in service, he got his wish and then some. He travelled to Orlando, Virginia, and San Diego. From there, he did two six-month cruises and saw Singapore, Malaysia, Kenya, the United Arab Emirates, Kuwait, and Guam. His crew was then scheduled to go to Australia, but Saddam Hussein’s actions in Iraq changed those plans.

It was not exactly the life he imagined. “You will see the world… just a lot of parts you never thought of going and seeing. But there’s a beauty in that, too,” McCoy reflected. 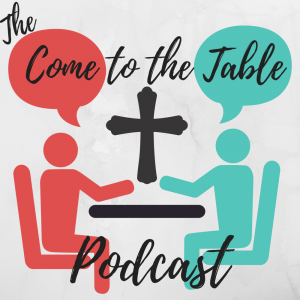 In time, aspects of military life bothered him. For example, “The bar continually moved,” he said of the accomplishments he once coveted. He was expected to rack up experiences that made him more valuable. It was not enough if you “only” had one tour at sea, for instance.

McCoy was also disturbed by the dichotomy between enlisted men and women and officers. Wasn’t his life and talent valuable, too? “No human being is less than,” he says. “When it hits the fan, all that goes away. The world doesn’t really care who has a degree,” he ruminated.

His conviction of the value of human life led him to reconsider life after the military.

At first, McCoy thought he might stay in San Diego and pursue a career in teaching. Then, on his way back to San Diego from his hometown of Houston, he realized that, for the first time in six years, he could live anywhere he wanted. He “missed” his flight and stayed home. “It was one of the most surreal moments of clarity in my life,” he remembered.

Working in Houston, McCoy found his way to faith and the oil and gas industry.

In the meantime, his heart for people led him to eventually create a podcast called Come to the Table in which he perpetually endeavors to encourage empathy for others. His guests often come from different perspectives than his Christian tradition, and he likes it that way.

“I want to show people that you can have a conversation with someone who doesn’t think like you and walk away without hating each other,” he said. “I thought if people see it’s possible, maybe they’d do it.”

On a whim, he then entered a contest for a company who was looking for a podcast host. He did not win, but he did get the attention of the company.

His inherent skill behind the mic led to a job hosting the Oil & Gas Elevate podcast, as well—a sponsored show dedicated to raising the bar in the industry. At first, McCoy was unsure how money might complicate the creation of the podcast. Then, he saw the show’s owner reject a sponsorship proposal because it might compromise the integrity of the show. He committed right then and there.

McCoy has come far since his days as a teenager impressed with military life. He still thinks of his time in the military and appreciates the recognition of his service, though he thinks “anyone could do it.”

Now, he serves a different mission greater than himself while doing his best to change the world.

“The gift God gave us is to experience life with others,” McCoy reflected. “There’s a magic, an unexplainable value to going through life with one another.”