Chris Hoffmann’s origin story isn’t unique. The St. Louis native grew up with a tough upbringing in a broken home. Like many young men raised in similar difficult situations, he joined the United States Marine Corps—what he calls “Uncle Sam’s Misguided Children.” He served for four years—2008 to 2012—living a year and a half in Japan and serving in Operation Enduring Freedom in Afghanistan.

In the final year of his enlistment, he started thinking about having a family, and knew there was no path to that life as long as he was in the Marines. After his discharge, Hoffmann struggled to figure out how to live life post-military and found himself in five different careers in five different industries throughout the next five years. He started off like many military people do—he got a job in security—and eventually switched to specializing in fitness memberships, working for a large commercial gym, selling vacuums door-to-door, and marketing telecommunications.

“It took me a while to kind of figure out who I was, what I wanted, and how to execute it,” Hoffmann says. “I was living in one of the highest cost-of-living cities in the United States—San Diego, California—just trying to figure out how to survive.”

Hoffmann adds that by 2017, he was getting tired of working ten-hour days, seven days a week, and walking around in the rain and other inclement weather—so he got an inside sales job and started climbing the corporate ladder. He became a mid-level manager with a marketing software company, developing a 30- to 45-day sales training onboarding program to help recent college graduates start selling the software products.

But that’s when his story became more unique. Reflecting, he realized he was finally feeling successful, but it had taken him years to get there.

“Once I started getting stability, I looked back and wondered who else, as far as the veteran community, was getting out and realizing that career-readiness education, like resume writing and interview prep, has a shelf life,” he says. “Job fair education serves a purpose, but doesn’t get down to the deeper wounds of what transitioning veterans actually have to go through from a personal-development standpoint. It takes a lot of veterans time to do that, because we’re unconsciously in survival mode. That’s how we’re trained to be. We don’t know how to thrive, really.” 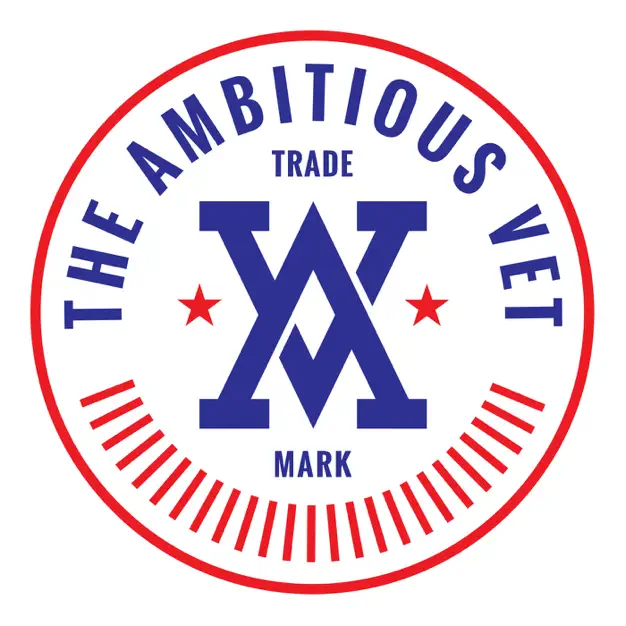 “We learned from that Facebook group that there were conversations that needed to happen inside our community that weren’t happening already,” Hoffmann says. “What better way to do that than podcasting? Our decision to launch a podcast was because we wanted to continue to build an audience, but also wanted to be positioned as an expert in the marketplace.”

With about 40,000-plus registered veteran service organizations, Hoffmann says veterans and active military tend to be skeptical about outsiders and organizations set on a mission to help them. “We first sought an altruistic-like movement, because I had no business model at the very beginning,” he explains. “Guys and gals who were previous military members were just looking at us like another veteran service organization coming and trying to help out.”

Through the Facebook and podcast interaction, though, Hoffmann says veterans started to realize the Ambitious VET Show really cared. “We reach a high volume of veterans on a weekly and monthly basis from a download standpoint, but it’s hard to get them to voice their opinions. They know they’re in their own way. They deal with confidence issues,” he explains.

“We all get out with an inferiority complex. We’re just doing things for the bigger cause—it’s servant leadership—that’s what military are trained to do. But we don’t know how to be individuals.”

To counter that, Hoffmann says veterans need emotional intelligence training, like building self and social awareness, and help building and nurturing relationships and habits around their purpose. “We want to help them become unstoppable in the trenches of life post-military.”

In the beginning, the podcast was very guest-centric. “I just wanted to give veterans a voice to share their story,” Hoffmann explains. “I wanted to have a veteran who was courageous enough to say they weren’t OK—and how they overcame not being OK—to speak vulnerably into the community and see how that impacted the market.”

Hoffmann says his biggest mission is to change the stigma that veterans are broken. “We’re not broken, and we’re not charity cases,” he says. “The podcast became a therapeutical vehicle for guests to share their stories and, hopefully, it would be like audio medicine for our listener.”

Finally, Hoffmann says he just wants listeners to be encouraged by following the podcast. “We share a golden wisdom each week, so they can walk away with one golden grenade that’s going to help them blow through to new levels of success—it’s a mindset, a life hack… one practical tip they can apply to everyday life to make sure they’re building their resilience.”