“If Hamilton and 60 Minutes gave birth to a podcast, it would be News Beat.” – Michael “Manny Faces” Conforti

Imagined and inspired by schoolhouse rock and the success of Hamilton on Broadway, award-winning new media and hip-hop journalist, scholar, podcast professional, and kidney-donating dad Michael “Manny Faces” Conforti takes podcast news to a higher level by blending the grit and flavor of original hip-hop lyrics with stories from journalists and newsmakers conveyed in their own voices.

News Beat was launched by Morey Creative Studios, longtime publisher of the award-winning Long Island Press, to continue the mission of truth-telling and journalistic integrity that guided the Press for its nearly 15 years of publication.

Produced by Jed Morey, President of Morey Creative Studios, and with Editor-in-Chief Christopher Twarowski and managing editor Rashed Mian, The News Beat Podcast is a short-form educational and political news podcast focused on social justice and civil liberties issues, while melding the worlds of journalism and music.

Some of the hip-hop artists who provide original lyrics for the show are Recording Artists Silent Knight and LiKWUiD. 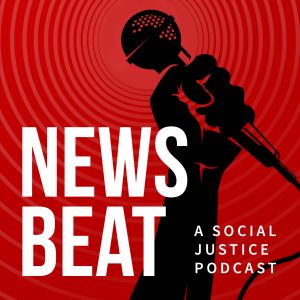 “We elevate journalistic storytelling through interviews with experts, thought leaders, academics, and activists coupled with original verses from musicians and independent hip-hop artists to foster a deeper connection with listeners and deliver an alternative narrative on some of the most pressing issues, events, and people shaping our world,” Manny Faces said. “News Beat utilizes verse, beats, and audio to educate, inform, and inspire our readers and listeners—interacting with the public on a whole new level in the process.”

News Beat also covers breaking or news of the day. So far in 2020, that coverage has included COVID-19, mass incarceration, and attacks on the free press.

It has been honored by the New York Press Club as the best podcast in 2018, and by the Religion News Association.

Manny Faces also produces other top-rated podcasts, combining his unique background as an alternative journalist with his love of hip hop and social justice.

Building on the success of his new media programs, Manny Faces produced the Hip Hop Can Save America podcast in an effort to use hip hop and culture in inspiring ways across myriad disciplines.

It explores the innovative, inspiring, and sometimes-surprising ways in which hip-hop music, culture, and sensibilities are being applied in areas such as education, science and technology, and health and wellness, among others, to improve lives, livelihoods, and communities throughout the nation and across all demographics.

According to Manny Faces, the mission of The Center for Hip-Hop Advocacy is to broaden public perception of hip-hop music and culture. “The Center focuses on highlighting hip-hop’s complete story—past, present, and future—from an independent perspective, to educate and inspire while protecting and promoting the cultural, artistic, and community-based aspects of hip hop as a whole,” he said.

While Manny Faces is an advocate for all things hip hop, he is also an advocate for organ (specifically kidney) donation. A father who loves his children, he had the opportunity to give one of his kidneys to his 28-year-old daughter, Porsha. In April, father and daughter celebrated the one-year anniversary of that kidney donation.

“Donating a living kidney is very safe,” Manny Faces explained. “And it not only helps the person who receives the kidney, but it helps move someone else up on the deceased kidney list. So, when you give your kidney, you are helping two people.”

According to DonorCarenet.org, there are 100,000 people currently waiting for kidneys in the United States. Get facts about kidney donation at DonorCareNet.org or at National Kidney Foundation at kidney.org.