The Shuli Show is truly a one-of-a-kind podcast…

… because there is only one Shuli.

Comedian Shuli Egar, the widely recognized former writer and producer (and regular on-air talent) of The Howard Stern Show, was never one to share much about his personal life. People only saw his funny side.

But during our interview, I discovered that there is so much more behind the Shuli curtain:

“I wasn’t one of the guys who really exposed my life on the air,” he said. “I wanted to get on the waves on my terms, with my material, and showcase what I do best. I didn’t think bringing my family into the mix was necessary. That’s not to say that my kids haven’t recorded bits for the show in the past, and they’re the focal point of my standup. But on the radio, it’s already such a personal thing—I wanted to leave one thing private.”

Shuli was named after his uncle, who was killed in the Six-Day War between Israel and Arab states back in 1967. Shortly after, Shuli was born. His parents decided to leave Israel with their life savings of $30,000 to immigrate to the United States. The family landed on the West coast in Los Angeles.

“Growing up in L.A., I was in middle school when I discovered The Howard Stern Show on the radio, and I was instantly drawn to it. The comedy, the reality of it. I feel like it was the first reality show out there. Here’s this guy yelling at his co-workers, his boss, talking about his wife, his family, his kids. It was fascinating. It hooked me. And I was a fan for many years.”

Eventually, Shuli began his standup career in Las Vegas. It was during this period of time that he made a phone call that changed his life.

“I got into an argument with an ex-girlfriend who hated that I stayed up late to listen to the live feed of The Howard Stern Show. But I loved it. She said, ‘Why don’t you call in?’ And that night, I decided to do it, and I got through. At that time, they were about a month away from coming to Vegas to do a live show from the Hard Rock. And I made him a proposition—to let me bet with them at the blackjack table they were set to broadcast from when they came to Vegas. He agreed. It was like a fairytale,” Shuli laughed.

Sure enough, when The Howard Stern Show arrived in Vegas, Shuli was waiting at the blackjack table with all the money he had in the world… $300.

They won the bet, and Howard gave Shuli all the money.

Even better, this meeting became the start of Shuli’s incredible radio career.

“One audition week turned into 15 years,” Shuli shared, ‘so yeah, it was amazing. I went from a correspondent on the Howard 100 News to a writer, producer, and on-air talent of The Howard Stern Show in 15 years. That’s the top of the food chain when it comes to radio. The Mecca.”

When the pandemic hit, Shuli was living in Queens in a two-bedroom apartment that he shared with his wife Christina for ten years. He also has two daughters, Talia and Lili, plus three cats and a dog. 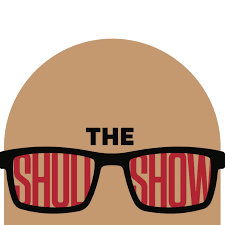 He was also juggling a full schedule, working Monday through Friday in the city from 6:00 a.m. through 5:00 p.m. as well as two weekends per month doing standup on the road. This all came to an abrupt halt on Halloween 2020, when Shuli’s iPhone auto-shared “memories” from five years before.

“So my list of priorities went job, standup, and then family. Seeing those memory photos was one of the greatest gifts I’ve ever gotten, because every one was of me in Pittsburgh at a Stern function with ‘Wack Packers’ and fans and doing standup. And then the last three pictures were of my wife trick-or-treating with my girls.

“That was the final straw for me. I was like, ‘These guys have never been number one on my list. And I’m an assh*le for that.’ I knew I had to make up for that, and when the world stopped spinning, it became the perfect time to do it.

“I was suddenly home in this small apartment with these people who were really strangers in my life for the past 15 years. People I devoted hours to every week. You don’t even realize it until you’re forced to stop. That’s what happened with us. Now, I’m reconnected with them. And I’m falling in love with all we have all over again.”

Realizing that Queens was not the place for them, Shuli did what any Jewish comic from Queens would do…

He moved to Huntsville, Alabama.

“So we drove out to visit the area and stayed about a week. We looked at all these beautiful properties, because there, we could afford an amazing place. My kids now have a beautiful home.”

Feeling as though they’d “moved to another planet,” Shuli says he firmly believes he was given a second chance to “right the wrongs”:

“I was given the opportunity to actually show my daughters what a dad is supposed to be like. I went from being more of a roommate to a father. I’m involved a lot more now, and that’s great for them. It’s also great for me as a comic,” Shuli joked. “For material purposes. You know, I always say I love my wife and kids, and I wouldn’t change a thing… because if I did, I’d have no material on stage. They are definitely my source of entertainment, and they don’t even know it.”

Reflecting on his experience on the radio, Shuli realized he could leverage everything he’d learned to create a podcast:

“I’ve been able to work and learn from some of the greats of radio: Howard Stern, J. Thomas, Scott Ferrall… each of these guys are originals, and what they do, nobody else can do. And they each did it their own way. I learned directly from them.”

The Shuli Show was born.

Based on the last 15 years of Shuli’s life, the show is also a tribute to all three of the amazing entertainers Shuli mentioned above—and of course, to comedy.

Looking for Love? Fall in Love with Leah Lamarr

Looking for Love? Fall in Love with Leah Lamarr