Family history has a way of repeating itself.

Jerrad Lopes was on the verge of repeating his father’s history—leaving his children to grow up without a dad—when a desperate Facebook post changed his life forever.

Lopes grew up in the ghetto of Sacramento, California, and remembers gangs offering him drugs as early as seven years old. His father was a musician who found the road easier than raising a family, so he wasn’t present in Lopes’s life… nor did his parents ever marry. Lopes’ grandfather wasn’t around, either, as he was absent from his father’s life, as well.

“I think my mom started to take me to church at seven or eight really out of desperation. She just needed some help,” Lopes reflected.

In church, Lopes found the role model he lacked in the pastor. “The guy I was looking up to was actually the guy standing on stage talking about God,” he said.

Embracing his environment, he looked for ways to share Bible messages he and his friends resonated with. He kept a journal to keep track of his ideas as they came to him. And in time, telling people about God brought out his natural leadership abilities.

By third grade, Lopes was organizing his own church services during recess. The principal noticed, and had a talk with him to offer guidelines. Then, in middle school, he organized a weekly Bible study. There was so much interest that the school district was forced to adjust bus routes, so kids could participate. His friends began calling him “Pastor Jarred,” and the role settled deep into his identity.

“I’ve always loved telling curious people about God in a way that makes sense to them,” Lopes explained.

Professional ministry was the next logical step after graduating high school, and Lopes held a variety of positions, from youth pastor to worship leader, cementing his identity as a successful pastor.

Then, Lopes started his own church with a friend. Unfortunately, the new ministry “went sideways,” he said. “We were really good friends and terrible co-laborers.” His golden touch in ministry seemed to have run out.

And he was out of more than a job. Lopes lost friends who suggested he was not cut out for the pastorate. For the first time since elementary school, no one called him “pastor,” and losing the title felt like losing part of himself. Ministry was all he ever wanted to do, and he wondered if he would ever be on a church staff again. 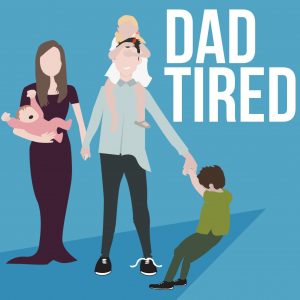 Having to abandon his dream marked the start of a season of depression and anger for Lopes. As his emotions escalated, he vowed never to return to Christian ministry and pursued business interests instead. The tension he carried inevitably spilled over into his relationship with his wife Leila, as well. Arguments became more common. “I thought we were going to end in a divorce,” he admitted.

Lopes describes with humility the night that everything came to a head. During a heated argument with his wife, he spewed words designed to hurt her. When she teared up, he remembers feeling like he was winning the argument. To this day, he regrets the immaturity of the thought.

He was also completely unprepared for what his wife would say next.

Every night, Leila set her alarm clock to wake her at [2:30] AM, so she could get up and pray that God would capture Lopes’s heart again. “What can you do with that?” he asked. “You can’t slam the door and stomp off mad when your wife says she’s praying for you.”

So, the hard reflection began. He remembered being a kid in Sacramento playing basketball in the driveway. Instead of focusing on his dad’s absence, he imagined his dad coaching him. He allowed himself to really feel what that would have been like. “Which of these stories do I want to give to my kids?” he asked himself.

Knowing he was not being the good husband or dad he wanted to be, he wrote a vulnerable Facebook post to express his feelings, and it quickly gained an audience. Dads reached out to say they understood and also needed help. Mommy bloggers started sharing the post, too. Soon, it was viral, and Lopes looked for a way to maintain the burgeoning community.

He started a Facebook group, naming it “Dad Tired” on a whim.

Today, Dad Tired is a full-fledged nonprofit ministry with a complementary podcast that has been downloaded over two million times. “What I thought was a small group of guys encouraging each other has turned into full-time work now,” he said.

Every year, he tells thousands of men that God loves them for who they are not what they can do. “God tricked me back into ministry. I’m talking to more people, but it was never my plan,” Lopes says.

Lopes, who believes many men wrestle with shame as they try to navigate their own relationship with God, went on to write two books to help men become stronger fathers.

Explaining how leading a family in a spiritual life a man does not fully understand himself is impossible, Lopes often points his brothers to a simple truth when they are too ashamed to believe it:

“God has not bailed on you. And he will not bail on you,” he says.

Back at home, Jarred and Leila are changing the direction of their own family, too. When dinner is over, the family recites a catechism of sorts, affirming their identity as loved by God.

And he is in the driveway coaching basketball.

“I get to be for my kids what I always wanted as a kid,” he says, emotion evident in his voice.

Thanks to Leila’s prayer and Jerrad’s choice to be vulnerable, embrace weakness, and accept God’s eternal love, the Lopes family is creating a new history.

The Art of Editing