Todd Cochrane has never been one to shy away from challenging himself. From 25 years in the U.S. Navy to creating one of the first podcast hosting platforms, Blubrry, Todd’s focus has always been one of service and pushing the boundaries of how things are done. He believes that creating content, products, and services that help people improve themselves and take care of their families is what life is all about.

Todd, a Podcast Hall of Famer, has been recording his podcast, Geek News Central, since 2004. He was one of the first podcasters and literally wrote the book on it. And as the best of these stories go, it was all because of a “fortunate” accident that the wheels were set in motion.

While in the Navy, Todd was injured in an accident which provided him the opportunity to discover some new things to do. He loved communicating and engaging directly with others, so he set up a BBS (bulletin board system). (If you are as old as I am, you will remember the days when we used modems to connect to forums to learn, share, and exchange ideas. Those forums were known as “bulletin boards.”)

When that technology was buried in the tech ‘graveyard’ in 2002, Todd moved into blogging, but he missed the instant connection. Enter podcasts in 2004, and then just one year later, the start of Todd’s quest to “help every podcaster, large and small, have a lifetime-sustainable show.”

If you listen to Geek News Central, or his other podcast, New Media Show, that he cohosts, you’ll notice the ferocity with which Todd defends the right of every podcaster to put out content his or her way.

The foundation of his companies, including parent company RawVoice and Blubrry Podcasting, is to help podcasters build their brands and keep podcasting open to everyone, no matter the number of downloads of their show. As a result, Todd has become a podcast advertising master, and was the first to get major advertisers to invest in the relatively new realm of podcasting back in 2005. 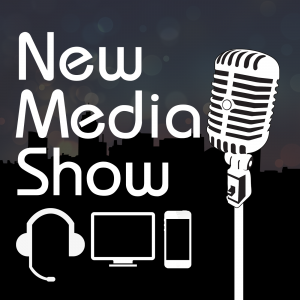 Todd’s passion and purpose are to support the everyday podcaster. With over 75,000 podcasts on the Blubrry platform, he is not taking that responsibility lightly. New podcast platforms are popping up every day, and that means Todd and his partners and team are always looking to find new ways to change, grow, and make it easier for the average podcaster to focus on content over process. He also strives to get major advertisers to recognize that the up-and-coming players are perhaps even more valuable to their brands than the big names in podcasting.

Todd is also one to “walk his talk.” He used to do all the booking and research himself for Geek News Central, his bi-weekly show that hits tech topics from the last 24 hours before each show. With all the other pressures of building his businesses and hosting and co-hosting multiple podcasts, he realized something had to give. He reached out to his network of fans and found the person who is now his producer. He says, “I couldn’t live without him. He thinks like me… actually, better than me.” We all need a producer like that!

Fans of Geek News Central are like family to Todd. In fact, when you listen in, you’ll notice that the first 15 minutes or so of each episode consists of ‘conversations’ he has with them. His fans are active in their support of the show, and he knows what is on their minds because they interact with him after the episodes. He will often address them directly, with comments like, “Hey Jack, what do you think about that?” during the show, and listeners will answer after they listen to the episode. He doesn’t do any prepping with them, and they don’t know they will be mentioned in the next episode, but his fans know he is making an effort to connect directly with them.

That should tell you a lot about the man behind the show. How many shows do you listen to on a regular basis that allow you that level of interaction? How many hosts do you know who go beyond their microphone to not only provide content, but really, an entire podcast—like Todd’s New Media Show cohosted with Rob Greenlee from Libsyn, his Blubrry Podcasting competitor—to share all the knowledge they have gained while running their own podcasts, building one of the largest podcast hosting services, and helping independent podcasters create brands and utilize their tools to become sustainable? I don’t know of many.

Remember how I mentioned Todd is all about service at the beginning of this article? He is able to be of such service to others because he has succeeded himself. “Paying it forward” is his mantra, and he hopes that those he helps pay it forward to others along their journey, too.

Meanwhile, Todd will keep on podcasting… keep on developing tools for podcasting… and keep on making sure that podcasters have the freedom to do their shows without restrictions or oversight.

He believes that every voice can make a difference and should be used to elevate the conversation.

I am in on that. What about you?