Podcasters often say that their inspiration to begin podcasting came from listening to a podcast and thinking “I can do that!”

Virginia “Ginger” Campbell, M.D. listened to her first podcasts—Skepticality and The Signal—when they first debuted on iTunes in 2005. Although podcasting struck a chord with her, there were two immediate setbacks: she didn’t like the sound of her voice, and she didn’t have a clear topic.

Prior to medical school, Ginger received a graduate degree in Biomedical Engineering. She was also a student of Eastern Philosophy and Buddhism. She then began to study Western Philosophy and a branch of philosophy called “Philosophy of Mind.” Her interest in neuroscience began when she realized “the sciences had reached a point where we can study things like consciousness and how the brain makes us who we are. I’m a big-picture person, and with what we now know about the brain, it is helping us understand why people act the way they do.”

In 2006, Ginger was listening to a podcast and participating in an online discussion forum. Out of Australia, The Sci Phi Show was a blend of philosophy and science fiction. Ginger was constantly responding to comments from other listeners about the brain and making book recommendations for follow-up reading. Soon, the podcast host reached out to Ginger and suggested she record a five-minute book review for his show. The book she chose to review was On Intelligence by Jeff Hawkins, the inventor of the Palm Pilot.

Ginger remembers, “I did a review of his book, and once I had recorded it, I was jazzed! I got the high most of us who enjoy podcasting get from recording. I had already known that I didn’t want to do a podcast focused on medicine, but this made me realize that I would never run out of material if I did a show about the brain.” 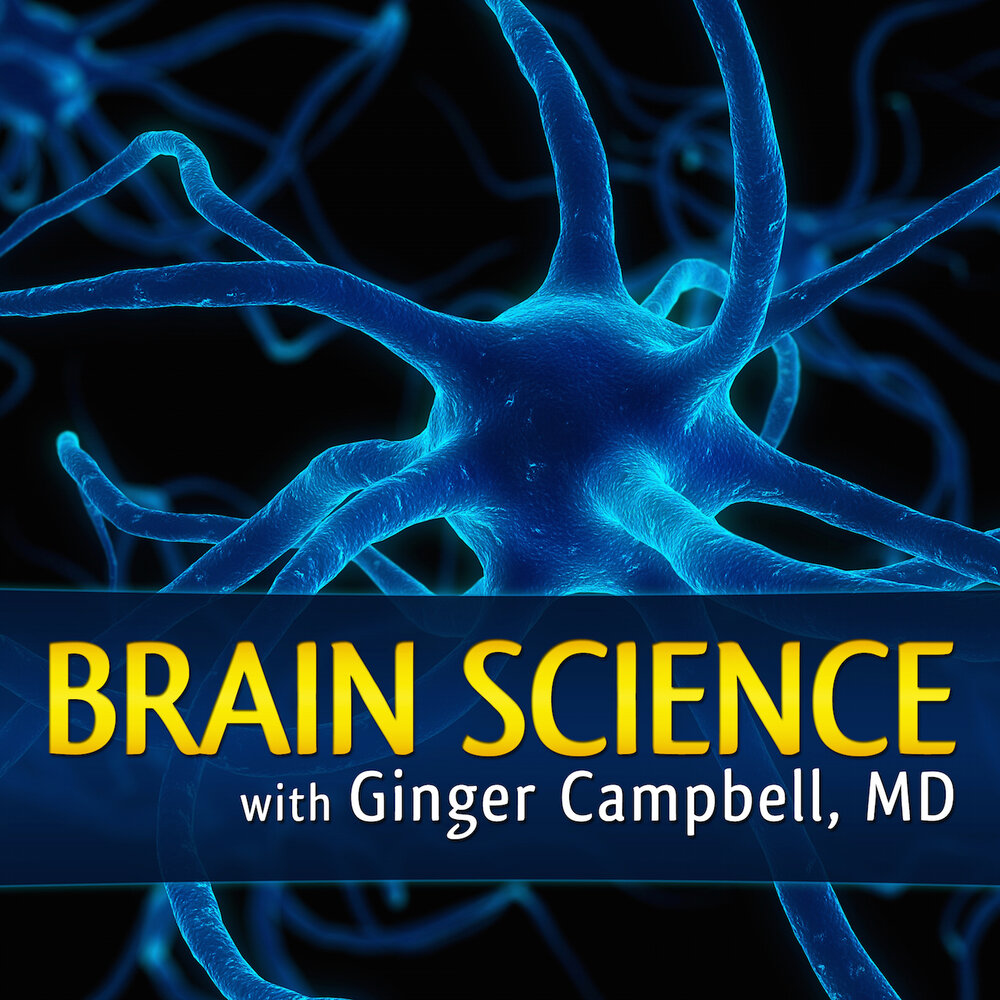 Thus, Ginger’s Brain Science podcast launched in 2006. At the same time, Ginger was also inspired by podcaster and author Mur Lafferty, who was hosting two podcasts at the same time. Ginger found that some of her guest interviews didn’t fit Brain Science, but would be perfect for a show of a different nature… so she launched her second podcast, Books and Ideas.

In the early days of podcasting, Ginger recalls there being “a big sense of community. In fact,” she said, “that was one of the things that attracted me to podcasting—the sense of community among the indie podcasters. That’s kind of been hard to maintain as corporations have taken over.”

Ginger describes Brain Science as “the show for everyone who has a brain, because from the very beginning, my intention has been to communicate these things to people who have no background in this area. Now, it turns out that 10 to 20% of my audience has MD’s and PhDs—psychologists. But most of my listeners are students. Then there are people who may have mental health or neurological issues. The numbers of emails I get from people and families of patients who say how much the show helps them really surprises me. I never anticipated being a resource, but it turns out that the more you know, the more empowered you are.”

Not only has Ginger been able to meet and network with many women podcasters in science like Pamela Gay, Dr. Kiki Sanford, and Mignon Fogarty within her first year of podcasting by attending events, but she also receives emails from students around the world who are looking to specialize in neuroscience. Ginger mentioned that “a woman in Iran asked my permission to use my show as a teaching tool at the medical school in Iran. And she recently wrote to me that she’s finally going to start a Persian language neuroscience podcast.”

In fact, Ginger credits learning how to podcast and studying neuroscience for her current position with the Veteran’s Administration Hospital in Birmingham, AL. Ginger had worked as an emergency room physician for 20 years, and in 2014, “I went back and did a fellowship in palliative medicine when I was 30 years out of medical school. Podcasting, and especially reading neuroscience and then creating the show, was what gave me the confidence to go back and do a fellowship. I basically taught myself neuroscience. So, if I can teach myself neuroscience, I can go and do a fellowship in palliative medicine.”

Recently, Ginger started a third podcast, Graying Rainbows, a podcast for adults coming out as LGBTQ+ in their later years. She has also published an eBook based on her interviews for the Brain Science podcast titled, Are You Sure? The Unconscious Origins of Certainty.

Looking toward the future, Ginger has no plans on slowing down as she continues to expand her podcast to video and possibly more books in the future. Ginger also shared a personal realization:

“The greatest irony of the whole experience is knowing that the show has probably helped thousands of people—which means that it’s had a bigger impact than I have had taking care of patients in real life. And that, to me, is both gratifying and just a little weird.”

Wake up and Smell the Coffee!

Alan Alda Is Clear And Vivid At 84