The story behind Jesse Hartman’s creation of The Coffee Podcast is pretty simple. About five years ago, he and a buddy both worked in the coffee industry. His friend, Weston Peterson, worked in the trader segment and Jesse worked in cafes as he moved toward opening and managing coffee shops. Between the two, they had what Jesse calls a “two-dimensional view of the industry.”

“No joke, we would seriously sit around and just talk coffee for hours at a time. We loved it. One day, we were just hanging out doing our thing, both listening to podcasts, and we said, “Hey—what if we recorded our conversations?”

Jesse, a musician, already had a ton of equipment they could use to make it happen, including a microphone, set, logic software, sound editing software, and computer system. Episode 1 of The Coffee Podcast was produced in a matter of days.

According to Jesse, from the creator standpoint, the podcast has been “surprisingly emotional” as well as “impressively relational.”

“I’m sure other podcasters can relate to this… I have this ‘strange’ relationship with my listeners, because it feels very one-sided at times, right? I’m talking into a microphone. People get to know me, but I don’t get to know them. With that, though, is also a lot of opportunity for growth.”

Some of the topics Jesse and Weston have covered since Episode 1 were very basic, like how to brew better coffee at home. But the conversation quickly evolved between Episode 1 and Episode 20 as they began to realize there were conversations in coffee occurring that involved people in the growing regions… the producers of coffee. The hosts found those conversations captivating—it was very compelling for them to cover the well-being of those who are actually growing and making coffee around the world. 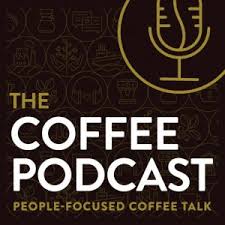 “Those conversations turned into what we called at the time ‘All The Hands.’ The idea behind it was to feature ‘All The Hands’ that touch your cup of coffee before it gets to you, the consumer. A lot of us drink quite a bit of coffee, yes. But it was at this time that the idea of our podcast not being just about coffee, but about people, really took deep roots in our hearts.”

That was a major turning point for Jesse—it’s also what keeps him going even during the times he’s wanted to quit. This type of motivation is especially important since, about a year into production, Weston had a calling to join the Marines. Even though he’s still part of the podcast in spirit, Jesse now mans the mic solo now.

“It’s bigger than I am. It’s bigger than my personality, and bigger than what I have to bring to the table. There are conversations that need to happen in coffee, and this medium is a public ground for people to be a part of them, even if they’re just listening.

“Over time, people have reached out to me saying ‘Hey, you know, your podcast has inspired me to do XYZ,’ and those are the emails I think back on that put the wind in my sails to continue. People will say things on the street like ‘How do you have a podcast about coffee for five years? How do you keep putting out content about coffee?’ Well, it’s not just about coffee, right? The industry is complex and fascinating. But really, it’s the people in coffee that keep the podcast going.”

That and, of course, and his love of coffee.

“My relationship with coffee began when I was young. My dad always drank it, and I loved the smell. I remember being at a play wi

th my parents and catching the scent, so I asked if I could have some. My mom didn’t want me to, but my dad snuck me some. I remember that as clear as if it happened yesterday. He put a splash in a little creamer cup and handed it to me. Maybe my memory of this is more ‘romantic’ than it actually was, but in mind, it’s got the feel of a fantasy or something.”

After that initial coffee experience, Jesse was smitten. As a high school student, he dreamed of working at Starbucks, and eventually, he did. At the same time, he was introduced to what’s called “specialty coffee”—an entire subculture of the coffee industry.

“At the time, my manager at Starbucks didn’t like me very much, because I was doing all this research on quality: how to make things better, how to pour better lattes, that kind of thing. And at that particular store, it was all about speed. So I have this aspect of integrity in me where I’m like, you know, the customers paying X amount of dollars for a beverage… I want to give them something beautiful! My manager disagreed, so I quit that job and found myself in specialty coffee.”

Jesse’s curiosity combined with his love of learning and leading, and soon, he found himself in managerial positions and opening coffee shops for hospitality groups. People started calling him “the coffee guy.”

“I’ve been in coffee from the beginning of my career, and I’m still in it now with the podcast.”

Jesse credits the conversations he has on the show with helping him teach and support other people’s growth while fueling his own passion and development—especially when it comes to fairly engaging with the producers who bring that amazing scent and taste to the lips of coffee drinkers all around the world.

“It’s those conversations that make me want to do coffee the rest of my life. It’s really very emotional for me—an emotional attachment. It’s a relational attachment. It’s not just about the drink. It’s about the connections. I think everybody who’s been to a coffee shop or has got the coffee ‘bug’ gets that. Some people go to coffee shops even though they get tea. They go because they’re know they’re going to connect.

“I get to have that same kind of joy of experience through the podcast. People listen in from all over the world and reach out to me because coffee is a thing that brings people together. It transcends typical barriers, like language and cultural barriers, that can come between people. As the world becomes more global, coffee becomes something that reveals just how connected we all are.”

Unraveling The Mysteries Of The Brain