It’s not often you find longevity on television. Exceptions include Friends and Happy Days, which each lasted 10 years. Lassie was on air for 17 years, and The Simpsons for just over 30.

But only one show qualifies as the longest-running primetime drama series—and it’s been going strong for 50 years.

If you close your eyes, you might now hear the iconic “Suite de Symphonies: Rondeau” by Jean-Joseph Mouret fade into your mind. Of course, we are talking about the classic long-running series MASTERPIECE Theatre, now known as MASTERPIECE.

PBS is known for exploring both culture and story through their programs. MASTERPIECE was one of their first shows on their family of local channels. Produced by local PBS affiliate

WGBH in Boston, it highlights the best in British productions.

MASTERPIECE has featured Downton Abbey, Sherlock, Upstairs, Downstairs, The First Churchills, and I, Claudius, and the list continues to expand. Spinoff series like Mystery! and MASTERPIECE: The American Collection have joined the PBS mix throughout the years, as well.

Not only is MASTERPIECE marked by longevity, but it’s also acclaimed with honors ranging from Emmy to Peabody Awards.

While PBS is beloved for its television content, over the last few years, they have expanded past the screen and into podcasting. Exporting high-quality production from video to audio is a task they take seriously.

Nor do they stop at exceptional audio. Every component of their podcasts must reach the exceptional standard that is the benchmark of the PBS brand. That includes the storytelling, interviews, conversations, and journalism, all of which require talent, research, high production, and constant, reliable delivery.

MASTERPIECE Studio—a podcast launched in December 2015—and their 50th-anniversary three-episode mini-series Making MASTERPIECE highlights the stories shared on the MASTERPIECE television series as well as behind-the-scenes stories never shared on air. It also explores what makes this TV series so special and beloved.

Host Jace Lacob interviewed Sherlock’s Mark Gatiss for the show’s first interview, and since then, guests ranging from Sir Kenneth Branagh to Dame Angela Lansbury, Lily Collins, and Benedict Cumberbatch have joined him on air. The podcast has won several Webby Awards.

I recently sat down with Jace and producer Nick Andersen to learn more about their process for creating this well-crafted show and complementary mini-series.

A Love for MASTERPIECE and Unexpected Opportunities

Often, the threads of interest and opportunity seem to collide. Maybe a childhood interest resurfaces during an unrelated event, or an unforeseen offer to create something special just happens to coincide with a hobby you love.

So it went for Jace, who says, “I was working as a television critic, reporter, and editor for about a decade. I covered a lot of shows over the years, both in terms of interviewing talent and in writing advanced reviews of the show. And I have been watching MASTERPIECE, I’m going to date myself here, for more than 30 years at this point. So I really am a lifelong fan. 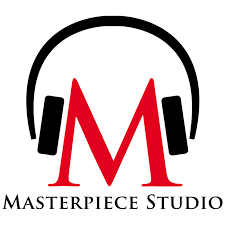 “In 2015, Downton Abbey was wrapping up its final season, and the lovely PBS people approached me with their idea to do a podcast in conjunction with the final season. They offered to fly me to New York so I could interview Allen Leech, who played Tom Branson, for the pilot episode, and we’d ‘see how it goes.’ I said, ‘Sure, why not?’ I love Downton Abbey. It’s one of my favorite shows. And so I went to work. I interviewed Allen, and they liked it, so they picked it up. I think we did 26 episodes of MASTERPIECE Studio over the three-month final run of Downton Abbey. And then they decided to pick up the show for the rest of the year.”

“I was working here in Boston at the other public media giant WBUR as a producer for On Point. I had been there for about four years, and I was sort of thinking about leaving, but I didn’t want to leave the city. At the Third Coast Audio Festival in Chicago, I ran into Rachel Aronoff, who was the original producer of MASTERPIECE Studio with Jace. We were both talking about our jobs, and how I grew up watching MASTERPIECE, just like Jace.

“My father and I were both big mystery viewers. Every Thursday, we would watch mystery on our local PBS station in Detroit. So, I was always a fan of MASTERPIECE. Rachel said, ‘You know, I’m thinking about stepping away from this job. If it’s something you might be interested in, let me know.’ I thought it was just conference talk, but sure enough, a couple of months later, I got an email out of the blue from Rachel saying, ‘Okay, I’m leaving this job, and they have to hire somebody, so you should come interview for it.’ And that was four years ago!”

A Modern Interpretation from Classic Stories

The three-part mini-series, Making MASTERPIECE, is more than the typical “after-show review and commentary” of the current week’s episode. Coinciding with the 50th anniversary of the MASTERPIECE series, the podcast answers questions like, “Is this still relevant today? Has the show stood the test of time?” It also reveals the foundation of the history and rich heritage behind the show.

I believe the show has not only passed the test of time, but also that the questions we face today can be found in the literature and stories represented on MASTERPIECE.

I wondered how Jace and Nick view the evolution of MASTERPIECE over the past 50 years now through the eyes of podcasters.

“I think the 50 years of MASTERPIECE reflect culture at large,” Jace shares. “We are now seeing other voices come into the conversation—perhaps those that had been excluded before. I’m proud of the fact that, in celebration of our 50th anniversary, we aired the adaptation of Andrea Levy’s The Long Song, which looks at the roots of the slave trade and the Christmas Rebellion in Jamaica. It fuses a fictional version of a woman’s story, Ms. July, with real-life happenings in Jamaica. It aired in 2018 in the U.K., I think, but it only felt even more timely airing it here in the U.S. earlier this year. It felt really, really relevant. I do think we are going to see more of those stories. Hopefully, we’re going to explore the lives of Britains, including the Black identity, and dissect what it means to be British in the 21st century.”

“We have people who have watched the show for 50 years as well as younger generations listening in to the podcast. I hope it can bring everybody together in the same tent to talk about the issues highlighted and look at things from different perspectives. I’m hopeful that we are introducing people to concepts, or if not, historical revelations, through a modern perspective. We’re making people question things they’ve maybe assumed about history for the last 50, 100, 200 years. I do think that’s the power of MASTERPIECE… we reach people of a multitude of ages both on television and with the podcast, as well.”