Every month, I get the opportunity to interview some amazing people. Rachel Strauss-Muniz has become one of my favorites. Her many accomplishments are quite impressive. I mean seriously, check out this list:

Her one-woman show, Ink, was selected for the 2021 ONE Theatre Festival. Streaming now on Peacock TV, you can catch Rachel alongside Room 28, the multicultural sketch comedy troupe she acts and produces for, on NBC’s Bring the Funny. Room 28 has performed at The Toronto Sketch Fest and New York Comedy Festival, and they serve as content creators for Broadway Video’s “Mas Mejor” comedy hub powered by Lorne Michaels. Rachel is also the creator and producer of the all-female HERlarious Show, with a ten-episode production now live on Rizzle TV and YouTube. It was also featured in the 2021 Toronto Sketch Festival.

Rachel is the voice of a LatinX mom on the eight-episode animated series, The Tuttle Twins, which is now in production. She recently played a criminal mastermind/principal role in an episode of Diabolical (ID Network), as well. She has also produced and written several branded content projects for the U.S. Census Bureau.

Rachel has written and performed for Latina.com and Parents.com and has starred in Nobody Told Me (STX), a spinoff web series from the producers of the movie, Bad Moms. She produced and co-wrote El Profeta de la Salúd, a six-part bilingual web series for the non-profit organization, SOMOS. She has collaborated with Univision’s Flama channel on viral hits like Latino Field Studies: The Lip Purse. She self-produced and rapped in the music video parody Pregnant Queen, which was featured on Midnight with Chris Hardwick (Comedy Central). Her character work can also be seen on Gente of Thrones (Buzz Feed), a Game of Thrones parody.

Rachel is a two-time recipient of The Upright Citizen’s Brigade Diversity Scholarship and studied improv, character development, and sketch writing. She is a selected writer for NHMC’s 2020 LatinX Stream Showcase, where her short film, The Swimmers, is being shot in Los Angeles and will be featured in the upcoming virtual showcase. 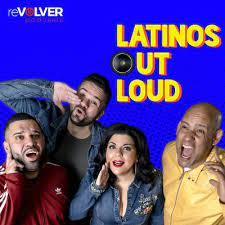 And if that isn’t enough, she is a wife and mother. Oh… and the host of the 2021 Webby Award nominated podcast, Latinos Out Loud, now on the Sonoro Media network. And that is why we crossed paths.

The show got its start when Rachel and her friend (and former co-host) Juan Boggo were sitting in a bar in Washington Heights in New York City. They were both part of an online radio show called The Butcher Window Show on Urban Latino Radio, and years later, were still together and working in the comedy sketch space as well as standup.

“So fast forward a few years later, and podcasting is this huge space. Yet it was lacking the Latino voice. About five years ago, yes, there were people doing it—shout out to the pioneers out there, like Latinos Who Lunch. Pioneers like NPR. Maria Hossa, with her shows. But I didn’t see anybody doing it for Latinos in the comedy space,” Rachel explained.

Rachel decided on the name Latinos Out Loud, because first, they are Latinos… and second, because she is also a little loud. Plus, the acronym is in perfect alignment: LOL. (Because you WILL do that, when you listen to the show.)

This comedy podcast is now co-hosted by Jamie Fernandez and Frank Nibs. Rachel and Jamie were both part of Room 28, and they decided to mix things up a bit with Frank—their resident conspiracy theorist. The crux of their show is comedy, but there is also a lot of “realness”: they merge things like political issues with laughter.

The three have been friends for close to 20 years… and that is the magic of the show.

“We like to say that we move Latinos forward while making them laugh,” Rachel said. “We have banter, talking about the week’s events and news gossip through our lens. Topics can be personal, national, or about nothing. We interview artists, actors, writers, anybody—the criterion for being on our show is that they just have to move the needle… move our people forward within their craft.”

Recently, the Latinos Out Loud crew celebrated their 100th episode at the W New York. Their featured guests? Lin Manuel and his father.

“That day, Lin dropped gems and inspiration,” Rachel remembered. “We talked about his upbringing and how real he is. There were multiple messages I wish I could just tattoo on my back. He left us with so many ‘Aesop’s Fables’ that day. I was like, bro, he’s a genius of our time.

“The people who come on our show are doing it for the community. They’re doing it to make noise. We use our platform as a conduit to get those messages out to the people who need to hear them. I love it.”

Which brings us to Rachel’s message for her fans:

“I LOVE you, my dear fans. I love every message that comes on Instagram. I got one just today that had me bawling, crying. It said, ‘I’ve been watching your story through the pandemic. You’re an amazing mother. Don’t ever think that you’re dropping the ball. You may have your moments, but that’s okay.’ Keep it coming! Keep the dialogue open. Call us.

“To know that I’m shifting mindsets out there—helping people have a better day—making their commute to work a little less stressful… those things make me so, so happy. It’s a podcasting perk, for sure. Because you don’t really need therapy. Just read the testimonials.”

I wish I had more pages to share how incredible Rachel is. She keeps it real on Latinos Out Loud, and when you listen, you will recognize her for the powerhouse she truly is.