What do you get when a filmmaker produces a podcast? In the case of Up and Vanished, a pretty damn good investigative documentary-style program that makes a difference!

Payne Lindsey is that aforementioned filmmaker. Payne became aware of the 2005 disappearance of beauty queen and high school teacher Tara Grinstead due to its reputation as the largest case file in Georgia state history. He began researching, and subsequently discovered a closer connection to the case than he ever anticipated.

He recorded his research and interviews with key witnesses in a podcast-style format detailing the specifics of the cold case. Up and Vanished premiered on August 7, 2016, its first season dedicated to exploring it.

The podcast is credited with reigniting the discussion on the case after it sat dormant for twelve years. This is just another example of my core belief that true-crime podcasts aren’t just entertainment. Many of them serve a very valuable purpose in society by keeping these cases alive.

Keeping true to that purpose, in 2018, Up and Vanished published a second season dedicated to the 2016 disappearance of Kristal Reisinger—a young mother who went missing in Crestone, CO.

I recently had the pleasure of having a conversation with Payne. We had an in-depth discussion about his work on Up and Vanished as well as the medium of podcasting.

I asked him if digging into the case of Tara Grinstead was the motivation for starting Up and Vanished.

“I wanted to start the podcast first,” Payne corrected me. “I then went searching for a true-crime case to cover. I eventually landed on the disappearance of Tara Grinstead.” He went on to explain that this case was one of the bigger ones in his home state of Georgia. “At the time, I didn’t know anything about starting a podcast or diving into this type of investigative story.”

He had a good instinct about what it took, though. He specifically chose this case because it would be close to home, and he could easily conduct the necessary interviews to compile a top-notch investigative report.

Payne also had some familiarity with the region. “I was loosely familiar with the general area where Tara went missing,” he explained. “My grandma is from a small town called Tifton, which is only about 20 minutes from Ocilla, GA, where Tara disappeared.”

After he spent a number of months digging into the case, he found an unusual connection. “I had a conversation with my grandma one day, and she told me that her best friend was one of the last people to see Tara alive,” Payne shared. “It was a lightbulb moment that confirmed for me the type of case I should be working on. It felt like it was right, so I kept going. That was the turning point in how serious I was taking what I was doing, as before that, I was really figuring it out along the way.”

Payne certainly isn’t the first podcaster to “figure it out” as he goes. But, as he put it, he “tried to use that to his advantage.” This was particularly valuable when conducting his interviews. 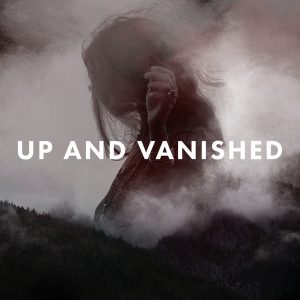 “I created relationships with people that may have been different than those they had with law enforcement or other news agencies,” Payne explained. “It was just me. There was no one else. The buck stops here. It was basically like ‘It’s just me and my podcast, and I want to talk to you about this missing woman.’ That was the approach that I took, and I think that in small-town Georgia, it worked very well. I was able to gain the trust of a lot of people and create valuable and resourceful relationships that started to turn over some stones.”

I joked with Payne that he certainly isn’t an amateur anymore. Specifically, I made mention of his interviewing style. When you listen to Up and Vanished, you notice that during the interviews, you hear very little of Payne. He wisely lets his interviewees talk for as long as possible, only asking his next question when it is necessary—after it is clear that the person he is speaking with is truly done with his or her thought.

I asked him if that interviewing talent was something he consciously brought to the podcast from day one, or if it was skill he honed later.

“I think it’s probably a little bit of both,” answered Payne. “One of my uncle’s mottos is, ‘Say less.’ That idea has stuck in my head. Silence is uncomfortable. Not filling the air with the next question and letting the silence hang causes people to start talking again. Before you know it, they’re talking about that very thing they didn’t plan on talking about, or they’re becoming more comfortable with talking to you. There are countless times when I would inhale to almost say something, and the person would start going again, so I would just shut up. Each time I did that, I got something pretty powerful or worthwhile.”

Payne’s uncle seems to have given him some good advice. It is definitely working for the podcast. Whether you are listening to Up and Vanished for entertainment, for a specific interest in one of the cases, or both, your mind begins to form a clearer picture of the case from the interviews.

Since Payne is first and foremost a filmmaker, I asked if he had a favorite in either filmmaking or podcasting.

“I like them both,” Payne answered. “There is a lot of crossover and similarity. At the end of the day, a good story is a good story whether it’s a podcast, a book, a short story, a short film, a feature-length movie, or a six-part scripted series on Netflix. At the core of what I like to produce is strong storytelling. I tend to put a cinematic lens on my podcasts. I want them to play out like a really compelling movie.”

We continued to compare and contrast the world of film and podcasting as it was intriguing to delve into the mind of a filmmaker and the art of not having the visual element at your disposal. Payne mentioned the need to paint a picture in the mind of the listener similar to how an author does with a good book. He stressed that in the end, it is all about quality storytelling. “I think that any good film idea or script with the right interpretation could be a good podcast,” he concluded.

Given that Up and Vanished is credited with reigniting the Tara Grinstead case, which led to arrests in February and March of 2017, I asked Payne if that serves as his top motivation for continuing with his work.

“To do it and keep doing it, you have to like storytelling,” answered Payne. “You have to like the entertainment aspect of it. But when it gets tough to manage relationships, people’s emotions, and all the sensitivities that come with a murder case, it can become really heavy. The thing that really pushes me through is the idea that maybe through all of this, I can make a difference. Maybe something will shake loose based upon the momentum I am providing the case, and maybe, just maybe, we’ll find out who did it. I’ve learned that it can and does happen.”

Fans of Up and Vanished will be happy to learn that Payne’s brand of storytelling will be on display again in Season 3, coming out possibly as soon as late 2021. Whenever it’s released, it is sure to be entertaining and just as sure to make a difference.

Under The Radar: Donuts & Devos

Under The Radar: Red Collar