Witnessing a paraglider floating against a clear blue sky is nothing short of majestic.

From the ground, the glider appears to gently drift this way and that.

The casual observer has no idea what the moments just before taking wing are like.

The paraglider ascends a mountain, puts on gear, and, despite any trepidation, runs off the side. Once his feet leave the ground, there is no going back.

Noah Rasheta practices and teaches paragliding and likens it to his spiritual journey from the Latter-day Saints to secular Buddhism.

Rasheta grew up in Texas with his foot in two unique worlds. His father was American and Mormon. His mother was Mexican and Roman Catholic. He learned early on how to navigate these two cultures.

The family spoke Spanish at home and moved to Mexico when he was 14. They expected to be there for a year to learn the culture, but Rasheta stayed for nine.

His time in Mexico connected him to his mother’s family and taught him the art of embracing his two cultures. For instance, when he felt the swell of pride as he recited the Mexican pledge of allegiance to the flag, he realized he could love more than one country.

Rasheta’s religious upbringing was similarly split between Mormonism and Roman Catholicism. “I knew I was not Catholic, but I felt like I was, because that was my environment. I experienced the Catholic life without necessarily being Catholic,” he said.

For the most part, he navigated the two cultures and religions with ease—that is, until one or the other made exclusive claims to truth. When that happened, Rasheta instinctively protested, simultaneously feeling the need to defend his family’s biculturalism.

When he was of age, Rasheta went on a two-year mission in South America, a trip Mormon youth take to share their faith.

One night while walking the streets, a man threw a glass bottle at him and his friends. The experience shook him, and he contemplated it for some time. Finally, he came to realize that the attack was not personal. The thrower of the bottle did not hate him. He hated what Rasheta was representing… an ideology and America.

“It allowed me a sense of personal freedom,” Rasheta reflected. “I was no longer personally invested. It was no longer about my succeeding or failing. I’m just here to spread a message that’s beyond me.”

That moment of insight also provided him with valuable tools he would use later in life when he left his Mormon faith.

“I had been brought up with this mindset that if you do these things and follow this list and avoid these things on this other list,” Rasheta said, “your life will be blessed, and things will work out for you.” 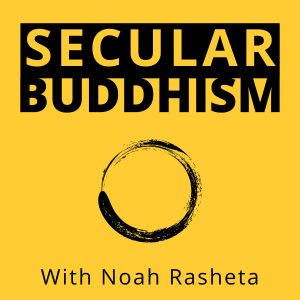 Yet Rasheda’s life was not working out, and he did not feel blessed at all. He found himself very unhappy and full of questions.

“I figured if this is not the correct path, I darn well better find the right one. I went into seeker mode,” Rasheta explained.

“At the end of the process, I felt like the firm ground I had been standing on my whole life wasn’t so firm after all. It was almost like the rug had been swept out from under my feet, and I was left with uncertainty. What if none of it was what I thought it was?”

Rasheta dove into investigating Mormonism and its history. He was particularly troubled by the history of polygamy as a practice, though there were other issues, as well.

Unfortunately, Rasheta’s questions were largely unwelcome, even at home. When he spoke to his wife about his doubts, she asked him not to share his thoughts with others. “I don’t want you to be the bad guy who makes me start doubting,” she said. This encounter made him realize that his faith pinned the doubter as the “bad guy,” and that troubled him.

Still searching for his one true path, Rasheta began studying many religions of the world. He took a Great Courses class called The Meaning of Life that furthered his studies, and eagerly consumed the content while evaluating whether Mormonism was really right for him. He considered returning to the Roman Catholicism of his youth, but ultimately rejected it as too similar an outlook on faith.

When Rasheta’s course began covering Buddhism, everything changed. The defining moment? When the instructor addressed the class’s questions by saying, “I don’t know the answers to these questions. If you can figure out why you want to know, that’s more important than the answer.”

That answer fascinated him, and he turned to self-exploration.

Rasheta found comfort in the Buddhist teaching to not seek certainty, and that one concept propelled him into a much deeper understanding of the religion.

In 2015, Rasheta started a podcast called Secular Buddhism as a way to answer questions about Buddhism. He became a lay minister of Buddhism the next year, studying just as one would on a journey toward becoming a Buddhist monk—minus the vows at the end.

For Rasheta, the whole essence of Buddhism mirrors his passion for paragliding:

“You’re learning to find comfort in the discomfort of having no ground to stand on,” he said. “But maybe that thing you fear letting go of is the very thing that will give you the sense of freedom you crave.”

Under The Radar: Me to We Talk Podcast