If you want to know what it’s like to be 20-something in the big city, all you have to do is tune in to one of Christina’s episodes, as she and her co-host, Lily, share just about everything and anything with their listeners.

“Everything’s fair game,” admits Christina. “I have absolutely zero limits! I am just such an open book. I really have nothing to hide from people. I’m good with talking about all the touchy topics. The things we cover on Gin & Toxic fall under a wide spectrum.”

Christina is clearly comfortable with the uncomfortable, which seems to create an authentic bond with her listeners. “A lot of people like the fact that Lily and I are open books,” she states.

This encourages the pair’s most raving fans to be open, as well. “We ask people to submit their toxic confessions and stories to us,” Christina explains. “There is no topic that is too touchy or weird for us. There’s really nothing off-limits.”

There seems to be little need for editing, since raw and real are clearly brand associations of Gin & Toxic.

“Most of the time, it is unedited,” Christina confirms. “We leave most of the crazy, weird, freaky details in the show. That’s what makes it what it is.”

Some would think that the purpose of the podcast is to help other women navigate the same problems the hosts do. That is the case for some of the episodes. As Christina mentions, they sometimes even begin with a lesson or “moral” in mind.

Most of the time, however, the primary motivation is to give people a good laugh. “With some episodes, you actually learn nothing,” Christina laughs. “There’s absolutely no moral, and it’s purely for entertainment and comedic purposes. Everybody needs a good laugh. I don’t think every single thing that we’re putting on the internet needs to be a learning lesson.”

There is certainly value in laughter alone. We definitely need more of that today.

There are also lessons in laughter. “Sometimes, we talk about specific things… like red flags girls can look for and take into account.”

Other times, there is healing in just listening. “A lot of people, like myself, listen to podcasts just to de-stress,” Christina explains. “I love hearing other people’s stories, whether I’m going to learn something from it or not. We create a safe space where people can share those stories.” 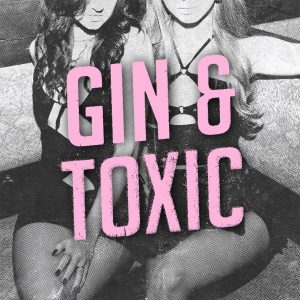 The stories, while many times quite hilarious, sometimes also provide needed emotional healing for listeners and the hosts alike. “Lily and I share our stories, too, and sometimes, it’s just for our own relief.”

That was certainly the case with their episode “Sad Girl” episode, which aired on February 17 of this year:

“We put out an episode simply because we did not want to be happy,” Christina shares. “We were both having a bad week. We were like, ‘What can we record this week?’ We eventually said, ‘F*** it! Let’s just record and talk about everything that’s going wrong in our lives right now. We’ll just get it all out of our system, and then we can move on. Maybe it’ll help some people.’ It turned out that it helped a lot of people. Lily especially was talking about things related to financial issues as a 20-something-year-old in a very expensive city. A lot of people related to that. We got a bunch of DMs about it. So, yes, it’s both a comedic thing and a therapeutic thing. You might learn something. You might not. But you’ll get a laugh out of it.”

While Gin & Toxic is certainly comedy, and there are a lot of funny moments, let’s not sell short the aspect of the show that empowers women like Christina and Lily to feel less alone.

“We get DMs all day long,” Christina says, “whether from girls saying, ‘I listen to your show, and now, I’m more comfortable with myself”… or more comfortable with dating or sex, or from others who are like, ‘Oh my God. You told this story, and I have a story that relates to that, and I need to share it with you because I think it’s so funny.’ It’s good to know that they feel comfortable enough to share with us. It’s a really great feeling for both me and Lily knowing that we’re making them that comfortable and giving them a safe space where they feel like they can talk about whatever the h*** they want to talk about. We want to make them feel like they’re not alone.”

Christina went further to talk about the importance of making a connection for Gen-Z women.

“I think the relatability factor is huge, especially with podcasting and social media in general, for the Gen-Z demographic. We couldn’t go on the podcast and start talking about all these luxurious things. That’s not realistic to a Gen-Z girl. Going on to talk about the good and the bad and then having people share their own stories back with us is a real good feeling for us. It definitely has some sort of therapeutic effect for the listener, also. We know that if we’re being vulnerable and open with our audience, they’re going to do the same thing right back to us. It’s a two-way street.”

That two-way street is on full display with Gin & Toxic. Like when, in true open-book fashion, Christina announced that she broke up with her boyfriend on the show. This led to several new and interesting topics, as she explains:

“Lily created a Hinge profile for me. I already went on a few dates from it. I talked about one of them on the show, and it was pretty funny. I got a little too drunk and made some messy moves. It was hilarious. Yeah, in terms of personal life, it’s definitely been a little bumpy,” she laughs.

But that very bumpiness is a big part of what makes Gin & Toxic genuine. Christina’s new adventures in dating certainly provide one of the foundations for the podcast. As she puts it, “The best of the comedy is yet to come.”

So, listen in. Even if you don’t learn anything, you’re sure to get a laugh out of it.

UTR: My Year in Mensa