JJ Ramberg started her media career as a receptionist for NBC’s Nightly News. She’d been a reporter and producer before making her way to an anchor position hosting MSNBC’s Your Business for 13 years. She’s inhabited the traditional media space for a long time, and in 2016, she took on hosting Been There, Built That—a podcast complementary to Your Business.

“I always laugh, because while I’d love to say the success of my show was just because I was an amazing host and we had great content, the truth is, I also had this machine behind me called ‘NBC News.’”

What she noticed as she entered the podcast space was that it was mostly the voices with deep pockets or industry connections behind them that were amplified. With that awareness, she also realized that a lot of great ones were being missed… voices that could be powerful players in influencing society and contributing to the culture, but who didn’t have that “executive team” and bankroll to reach the masses with their message.

“When I started in TV, there were high barriers to entry. You couldn’t just go out and host your own show to get your voice heard; you had to work your way in and hope to be selected by those in charge. That’s how it was for me throughout my entire career.

“In comparison, the barriers to entry in the podcast space are quite low. As a result, we have access to so many other voices, which in turn affects society and culture.”

In the fall of 2020, JJ and her brother Ken co-founded and launched the Goodpods App, a multiple-award-winning podcast player that allows listeners to find their next great podcast episode to listen to based on the recommendations of friends.

“One thing that’s really interesting about creators—indie podcasters—is that while they might have a small audience, it can be an incredibly loyal audience. And so again, when we talk about how that influences society and culture, here’s a group of people who are ready to activate. And I think that is really incredible to see.” 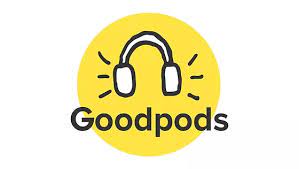 Podcasting has paved the way to creating change in media, society, and culture via both the discovery and spotlighting of diverse voices, including those of women.

“I think women have really gained a voice in the last fifteen years. When we launched Your Business in 2006 on MSNBC, our first story was on a female entrepreneur in Harlem, New York City. At that time, you didn’t really hear much about entrepreneurship, and nobody was talking about female entrepreneurs. Yet over the 12 years I hosted the show, that completely changed. Suddenly, there were conferences for women founders—people supporting one another—and being one of them, it was just so fun to watch. I’ve seen a lot of support for women in the podcasting world, too.”

The massive growth in number of shows and episodes available inspired JJ to start Goodpods. As of this writing, there are 2,760,846 podcasts and more than 50 million episodes, according to Listennotes. That can feel both confusing and overwhelming to the average listener, which is why Goodpods was designed—to help listeners find the great voices and content not only of the bigger (well-funded and backed by a media company) shows, but also those of indie podcasters.

“As a listener, I wanted a way to know what my friends and people I respected were listening to. I wanted to recreate what happens at dinner parties when you might be sitting across the table from a friend who starts talking about a topic discussed on a show you might not otherwise have known about. We created a podcast player that allows users to see what their friends are listening to, from the listener side.”

JJ created Goodpods for another specific reason, as well:

“I was lucky, in terms of how I was able to enter the podcasting world. But I knew that not everyone was so fortunate… and it wasn’t because they didn’t have something interesting, entertaining, or important to say. They simply didn’t have a job as an anchor at NBC News. I really felt that it was important to create a platform where all voices could be raised. I chose to do so in order to help those people find their audiences, and help audiences find new voices.”

Recently named as one of Inc. Magazine’s Female Founders 100, Goodpods has also been honored as one of Fast Company’s Most Innovative Companies.

“I spent much of my career in front of the camera as a reporter, and then as an anchor. And it’s been really fun for me to flip sides—to build a platform of support for others. It has been so exciting, interesting, rewarding, and fun! I feel fortunate to be in a place that helps other people.”

JJ’s dream is that great voices continue to rise up, regardless of the podcasting category. She believes that, as listeners discover those voices by way of Goodpods and listen habitually to more interesting, entertaining, and educational content and stories from hosts and speakers, the way the world thinks, collectively, will change.

“In some cases, it will start with a tiny community… maybe 100 listeners. That community becomes fulfilling to your listeners because they have a place to go and a person to listen to.

“All humans have a need to be filled with knowledge, entertainment, and connection. People want to listen to those they respect, are inspired by, and who touch them in some way. If you are that kind of person, podcasting is a really wonderful place to build an audience and have an effect or influence on them. It’s such an intimate medium, because you’re essentially listening one-on-one to the host or speaker. You really feel like they become your friends. Podcasting has the ability to reach people in a way that other mediums don’t. Whatever your message is, you can really have an effect on the people who make up your community.”

Exploring The: Wonders of the World

UTR: Out Travel the System