Michael Gervais is a high-performance psychologist who works with some of the best in the world in the trenches of high-stakes environments to teach the mindset skills and practices essential to pursuing and revealing one’s potential. His clients include world record holders, Olympians, internationally acclaimed artists and musicians, MVPs from every major sport, and Fortune 100 CEOs. He was also part of the team for the Red Bull Stratos mission to transcend human limits—for which Felix Baumgertner made a freefall jump from 128,100 feet, becoming the first human to break the sound barrier without a capsule!

With all this awesomeness going on, why add a podcast to the mix?

“I was in the thick of an amazing professional year, and a friend of a friend introduced me to Rich Roll.”

For those who are not aware, Rich has a massive podcast called The Rich Roll Podcast, and Michael was invited on as a featured guest.

“I was able to sit down with Rich after hours and really unwind this amazing year. [At the end], I sat back and said, ‘Rich, this was incredible. How does this [podcasting] work?’ He said, ‘It’s kinda just this: talking with people you want to meet or friends who are doing things you want to celebrate.’ I said, ‘I want to do this, too!’ It was such a gift he gave me. About nine months later, I bought some equipment and started to mess around with it.

“I saw the value in me as a learner sitting down with some of the most extraordinary people on the planet to understand their psychology. It was a postgraduate learning. It was me sharing this gift to my burgeoning community at the time. These are the types of conversations I was having as a sports psychologist with extraordinary people. We are just making it available to everyone, now.”

Considering Michael’s amazing body of work and client record, you might assume he was able to tap into that resource to secure podcast guests.

“As a trained psychologist, I made a commitment to not have any of my clients on the show. I felt it was crossing a line. That decision hurt the podcast. Some of my past clients are flat out the best in the world at what they do.”

That said, Michael did tap into his network of colleagues, and then, their friends. He also had a ‘hit list’ of people he had always wanted to speak with.

“Dr. Albert Bandura is one of the legends of psychology, and I got to sit down with him. Then, with CEOs of some of the largest organizations on the planet.”

While Michael chose to exclude clients as guests on his podcast, his guests often become clients. It’s not all been smooth sailing, though. Like every podcaster, Michael has come up against challenges.

“We started seven years ago, and the biggest challenge was making the decision to move from self-funding it to turning it into a business. I wasn’t sure if I was going to lose some purity in the process. I couldn’t afford to keep a full-time member on staff, but we did have a large audience, so I figured we should probably bring on some advertisers.”

It was around the two-year mark that they selectively invited fitting sponsorships on board. Since that time, Michael has experienced personal highlights along his podcasting journey. 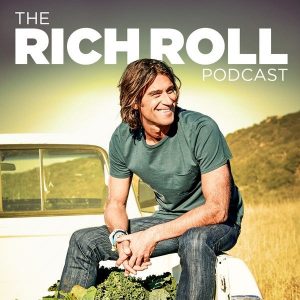 “I set out with a semi-structured interview format, as I wanted to really hone in and learn something. I became overwhelmed with the amount of information I was consuming firsthand. So, we built a latent semantic analysis—a machine learning algorithm that we push all our transcripts through. We could then identify the themes, streams, and applied insights of the first 100 guests. It’s real science that supports what these people are doing. That was an important moment for us, to be able to say, ‘This is collectively what you are saying, and I am pulling this all together to be able share it in a wider way.’”

We joked about how hard it is to choose a “favorite” guest (of course you are mine, Michael! 😉). However, Michael fondly remembers Alex Honnold’s episode. Michael was the first person to climb “El Capitan”—3,000 feet without a rope!

“He did something so extraordinary. I think he is the most significant athlete in modern times.”

What has been Michael’s worst situation as a podcaster so far?

“I was interviewing a professional football player, having an incredible, deep conversation… I don’t know what happened, but the recording didn’t start. It was heartbreaking. There was a moment when I realized it and thought, ‘Do I tell him?’ I did, but we couldn’t recapture the magic, so I ended up not airing that one.”

As seasoned podcasters, we compared notes on this unfortunate occurrence. Between us, we have experienced this “interview loss” about three to four times out of about 350-450 episode recordings respectively. Maybe it is unavoidable collateral damage in relation to recording that many podcasts over several years?

“There is real work in doing this [podcasting] properly. My team and I love it. We don’t love it for what it is going to do later. We love it because of the joy of learning, figuring it out as we go, and being able to share it.”

So who is his dream guest?

“The Dali Lama would be absolutely incredible. Now, I haven’t heard him on many podcasts, so I’m not sure it’s even a thing. I am going to do a little work on this now, so thank you for asking that question.”

Michael’s advice for any other aspiring podcasters or those already in the game and looking to master it?

“You hear the narrative that it’s a crowded space, but you have a community… and in some respects, you have a duty to share what you have come to learn in your life. If you are living a meaningful, purposeful life—if you have understood some stuff and you have some gifts to share in return—then you absolutely have a duty to share. Whether that is in written form or audio form, I say yeah… fire it up!”

There is definitely a lot of work involved, and many of these new podcasts don’t really make it out of the early stages.

“I would be very clear about your goals for the podcast. What is your purpose with it? Even after seven years, there are hard times when we are constantly questioning, ‘Are we doing our guests service? Are we doing it right?’ There is no blueprint.”

If you do have something valuable to share, get started (or continue) on your own podcast journey to mastery!