Have you seen the movie Hidden Figures?

Watching it was a turning point for me as a woman in tech. Seeing how women were unheralded and yet so pivotal in their role in NASA during the early years of the U.S. space program woke me up to the need to celebrate and promote other women in tech fields to get the recognition they deserve.

That need to honor women on the frontlines and behind the scenes of technology is also how the powerful podcast Diva Tech Talk came to be.

Hosts Nicole Johnson Scheffler and Kathleen Norton-Schock created the podcast to celebrate, inform, and inspire the women who work, or want to work, in technology. They want to tell the stories that aren’t being told and get the story behind the story of the ones that are.

The love and respect Nicole and Kathleen have for each other came through loud and clear during our interview. Clearly valuing one another for their similarities and their differences, they came together to give voice to the stories that women in tech are often not given the platform to talk about.

Nicole is an engineer in tech and new mom. Kathleen, who is not a mom, focuses on the P&L, business, and marketing-side of tech.

So how did these two women, from different generations, with diverse backgrounds, get together and create a podcast focused on the diverse women of tech?

To answer that question, we need to first look at their individual journeys.

Kathleen started out in a think tank that serviced the tech industry and eventually became the first woman to run a global P&L for Unisys. After powerful careers at several of the tech world’s top companies where she led teams of engineers, Kathleen became an entrepreneur, cofounding Darden—one of Michigan’s first low-profit limited liability corporations whose mission was to create software for non-profits.

Mentoring women and giving back are passions for Kathleen.

Nicole is an engineer who knew what she wanted to do early on. She pursued a career in tech, teaching information warfare and security as an adjunct professor at the age of 25.

Growing up with technology, Nicole understands how important it is to introduce girls to tech as early as possible and support them as they enter the world of tech as employees and entrepreneurs. Philanthropy is in her blood, as is mentoring younger women who want to enter her beloved world of technology.

So, how did they meet? 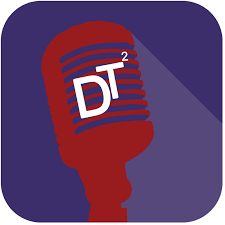 It’s been said that “Life will put you in the right place at the right time.” If you believe that, then you understand how Nicole and Kathleen meeting at the Michigan Women in Technology Council was no accident.

You see, Kathleen’s cofounder of Darden was the President of that group, so Kathleen went to all the events. Nicole’s passion for giving back to other up-and-coming women in tech brought her to Women in Technology, and the rest, as they say, is podcasting history.

Keeping their interviews intimate and authentic is the overriding priority for the co-hosts. Preferring to do the interviews live can create some unique challenges, though. One series of interviews Kathleen did was onsite in a large data center. If you’ve never been in one, picture a room filled with lots of computers and powerful air-conditioning systems. You get used to the noise quickly and stop thinking about it, right?

Well, when Kathleen gave the recordings to Nicole, who does all the audio editing for Diva Tech Talk, she (thankfully) was able to edit out the underlying background noise of the A/C systems, so the voices could be heard.

According to both hosts, there are not enough women at all levels of technology. That’s why they also showcase the diversity of work for women in tech. Giving voice to women from the boardroom to the coders and engineers is one of the things that makes their podcast different from others.

The deeper work gets underway after the interview has ended, as both hosts listen to the full audio again and begin planning the blog posts and final podcast audio. “We are almost in a Vulcan Mind Meld while planning the episodes,” says Kathleen, which makes the process fun for them both.

Having “an ear for protecting our women” is so important to Nicole and Kathleen that they leave nothing to chance. Never outsourcing, they also go the extra mile: before posting a new episode, they send the audio and blog back to the guest as they want the guest to feel proud of the interview and ease any concerns about misspeaks.

Each episode is authentic and real. Women at the top of their game discuss the fear, anger, joy, and frustrations (even things like imposter syndrome) that they experience and are affected by in the industry.

Kathleen describes their podcast as “the People Magazine of women in tech.”

For me, it is closer in feeling to the movie Hidden Figures—inspiring, upbeat, and real.

If you want to know the women who are making a difference in tech today, and what makes them tick, then this is the show to devour now.

A Rebel with a Cause

Under The Radar: Voice Tech Podcast