“Ultimately, it was Super Mario Bros. that taught me what remains perhaps the most important lesson of my life—there is no turning back, only going forward—for Mario and Luigi, for me, and for you. Life only scrolls in one direction, which is the direction of time, and no matter how far we might manage to go, that invisible wall will always be just behind us, cutting us off from the past, compelling us on into the unknown.” ― Edward Snowden, Permanent Record

Video games. For many of us, they have been a part of our lives for as long as we can remember. Starting with a simple table tennis-type of game called Pong in the late 50’s, the industry has exploded over the past several decades and is now a driving force in our culture, economics, and lifestyle habits. The natural progression of the rise of video game popularity has also helped initiate the next driving-force industry—podcasts.

Now, there are podcasts that celebrate every type of video game genre—from news to reviews to game strategy to game cheats—it’s all there, available to download and listen to at your leisure.

Today, I thought I’d highlight the “best” video game podcasts. But to choose just a few among the thousands would be virtually impossible… many have tried. Now, lists abound of the top five or ten podcasts to listen to, for sure. And like many subjective lists that have come before this one, they are just that–subjective.

So following, in no particular order, are some of the more popular video game podcasts based on the following criteria: longevity, popularity, number of episodes, genre, platform, AND any other varied and random criteria I chose for listening. 😊

The Daily Fortnite Show. Hosted by MMMIKEDADDY, this show is a daily brief on all that goes on with the phenom that is Fortnite. The podcast has almost 1100 episodes, most around 10-15 minutes in length. The goal of the podcast is to build a Fortnite community. Callers can also leave messages with questions, comments, etc. The daily show features tips and strategies on game play as well as player stories. For fans of Fortnite, the show is a must listen. 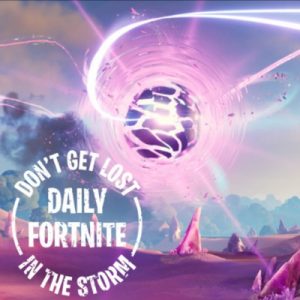 Video Game History Hour. Hosted by Frank Cifaldi and Kelsey Lewin, this is a new podcast in the video games category. This generally would fall to an Under the Radar position, but the reviews and raves are so numerous, it seemed appropriate to include in this main feature. With just over 24 weekly episodes, this podcast talks about the history of various video games. Using a “coffee chat”-style format, the interviews become more personal and casual as they go, and with stories about the creation of the games and related backstories, this one is a fun trip down memory lane.

DLC Podcast. Hosted by Christian Spicer and Jeff Cannata, DLC (which stands for “Direct Live Call-in” or “Disagree, Like, Comment” or various other titles) is a podcast that encourages audience participation through various methods. This is primarily a “what’s new?” type of podcast, but with a twist: Christian and Jeff not only bring on industry stars of the genre, but they also have caller interaction during the show. This is a podcast you can listen to with kids in the car, which is unusual in the video game podcast space.

The Besties. Hosted by four best friends—Griffin McElroy, Justin McElroy, Chris Plante, and Russ Frushtick—this is a fun podcast throughout which “besties” (and brothers, in the case of Griffin and Justin) have varying opinions about video games. This is part of what makes the podcast so popular. Originally aired only on Spotify, they are now more widely available on the various other networks including Apple Podcasts, much to t

he delight of their loyal listeners. The hosts are funny, engaging, opinionated, and full of great information. Their legends of followers will attest to it.

Gamertag Radio. Hosted by Danny Peńa, Peter Toledo, and Parris Lilly, this one’s been on air since 2005. Listeners can find an extensive episode library of over 1000 episodes. It’s broadcast twice a week and contains game reviews, industry highlights, interviews, and gaming conversations. Discussions range from breaking news to old games to general differences of opinion, which gives the show broad appeal. 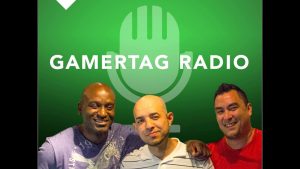 Podcast Update. Gamertag Radio’s Danny Peńa was the highlight of Podcast Magazine®’s July Leisure feature, and much has changed for Danny since then. In addition to celebrating 16 years of the podcast, in 2020, Danny moved from New York to California during the middle of the pandemic. This has opened up even greater opportunities for the podcast.

The pandemic brought some unusual opportunities for podcasters:

“For fans of video games and video game podcasts, lack of listening time is not a problem. The problem is choosing just which podcast to listen to,” says Danny. “The crazy part is that 2020 was one of the biggest years we’ve had. Since big companies weren’t having conferences, they had larger budgets to work with content creators and podcasters, and that was a big help to gaming podcasters.”

With Microsoft and Sony releasing their new big platforms, they reached out to podcasters to try out the new consoles, report, and review them. “The opportunities were endless,” says Danny. “Our job was to keep creating content and to get it out there.” Gamertag Radio was also the only gaming podcast to sit down with Keanu Reeves and talk about Cyberpunk 2077—the biggest game of last year. The interview was released in English for the podcast and Spanish for Telemundo TV.