Although there are many Michael Jackson fan groups and podcasts, nothing quite compares to The MJCast—the Internet’s premiere Michael Jackson podcast. Hosts Jamon Bull and Elise Capron discuss news and topics related to the King of Pop as well as conduct special interviews with people who knew and worked with him. Interviewees include direct family members, groundskeepers, Neverland Ranch workers, and attorney Tom Mesereau, to name a few.

I was able sit down with The MJCast founder Jamon and his co-host/producer Elise for an in-depth interview, during which they explained the meaning, vision, and goals behind The MJCast.

Jamon has a passion for interviewing individuals central to Michael’s historical legacy and capturing those conversations. He has a keen interest in the technical aspects of recording, editing, and releasing them as podcast episodes.

A Michael Jackson fan since 2001, Jamon says, “I remember seeing him perform at Madison Square Garden as a 13-year-old boy. I was captivated.” Based in Brisbane, Australia, Jamon started the podcast in 2015. It was quick to take off, but when Jamon’s co-host Elise registered The MJCast as an LLC and began running the day-to-day operations, it grew even more.

It was in 2017 that Elise, who is based in San Diego, CA, learned of The MJCast. She saw Paris Jackson’s (Michael’s daughter) retweet of Jamon’s in which he stood up for her father when a comedian was set to release an insensitive video of Michael.

“I had to ask myself how it was possible that I didn’t know The MJCast existed,” Elise recalls. A longtime Michael Jackson fan, she immediately made it her mission to become part of the team and help as much as she could.

And it was just in time, because Paris’ retweet became what Jamon calls “the big moment”—when the show began receiving huge publicity, including a mention on TV. 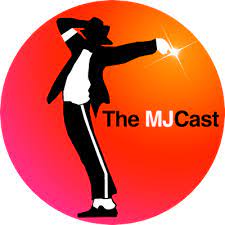 At first, Elise focused on continuously growing The MJCast exposure. Primarily in backend show management and projects, she started appearing regularly on the show in 2018, and became co-host and co-manager in early 2020, at the start of the podcast’s sixth season.

The MJCast team devotes a huge amount of time and energy to locating and interviewing guests who have worked closely with Michael and have stories to share that you would not likely hear anywhere else. They were lucky enough to secure interviews with Taj Jackson (one of Michael’s nephews), Kerry Anderson (Michael’s Director of Security who spoke about her time with Michael and his family in the Middle East during one of the most tumultuous periods of his life), and Steven Paul Whitsitt (Michael’s personal photographer).

Not only do Jamon and Elise cover the life and legacy of MJ, but they also provide a close-up look at how The MJCast operates and offer great suggestions and advice to those who would like to start a podcast of their own.

For example, when it comes to obtaining sponsors and booking guests, Jamon and Elise stress the importance of being persistent and diligent in doing the right research, filing applications, and regular follow up. Yes, the work is worth it—Elise was able to secure three large sponsorships doing it for The MJCast. They also strongly recommend using social media consistently to promote your podcast, and to stay current with it.

“Be persistent in reaching out to guests, and always conduct yourself in a professional manner;” Elise adds. “You want collaborators to take you seriously.”

In the last year, The MJCast has grown exponentially, and for the first time, turned a profit in 2020. Jamon and Elise credit their success to a “three-pronged approach for obtaining revenue.”

“First, you lock in a few major sponsors. Next, create a merch store selling your podcast swag. Finally, generate a revenue stream with YouTube.”

By following this very approach, Jamon and Elise have even been able to purchase better equipment to ensure the best quality podcast and donate money to various charities.

Along with the success comes the difficulties though, right? The pair has faced their share of obstacles.

First, Jamon explained how The MJCast is very careful about what they post and how they go about making any kind of profit due to the rules and regulations set by the Jackson Estate. They only use artistic representations of Michael Jackson and pay close attention to the pictures and videos they use.

Second, “We had a rough time with the evolution of the show due to the release of Leaving Neverland, a controversial unauthorized documentary about Michael,” Elise says. “But we took it as an opportunity to make sure we are a hub for the community to gather and get proper information. Ironically, with our connections, we were able to interview an expert source who had pre-screened the documentary prior to it being released to the public.”

Finally, social media plays a huge role in the overall success of The MJCast, which brings about the trolling challenge. The team monitors it with a common goal of turning the tables by providing a place for learning rather than controversy.

The MJCast continues to stay true to their beliefs and values while working toward their goal of sharing Michael’s legacy so that it lives on, while remaining “a wonderful, warm space to meet other Michael fans,” says Elise.

They are very proud of being a space where the community can go to get the facts and truth about Michael’s legacy. “We are not capitalizing on his legacy,” Jamon expresses. “We are analyzing his art and furthering his reach in the community.”

The co-hosts value the followers they have, the connections they’ve made, and the support they’ve received.

As Jamon and Elise strive to keep Michael’s legacy alive, The MJCast podcast grows at an impressive rate. This is the place where MJ fans can gather to get accurate, honest, and up-to-date information about the King of Pop.

UTR: Punch up the Jam