Did you grow up with an absent or distant father?

Have you considered the effect this may have on your life?

I am well-aware that not everyone had the experience I had growing up. My father has always been a really great role model—a very present parent who taught me a lot about leadership, business, and life, as well as how to be the best dad I can be for my own children. Recognizing that each person has his or her own story, I am always keen to learn as much as I can about the people I serve in my coaching practice. I need to understand what they’ve been through to be able to give them the guidance and help they truly need.

That’s why the Absent Father Podcast caught my attention. Rodney Mueller sits down with people from diverse backgrounds to discuss the impacts, in all areas of their lives, of growing up with an absent father, how to overcome those impacts, and the “superpowers” they have created along the way.

One of Rodney’s guests in his expert series was Dr. Scott Mills, who is passionate about making the world a better place. In the interview, Dr. Mills made a statement I’ve found to be true, as well: “We have had a notion that men are supposed to be strong, and we are supposed to forget the things that have happened in our past.” 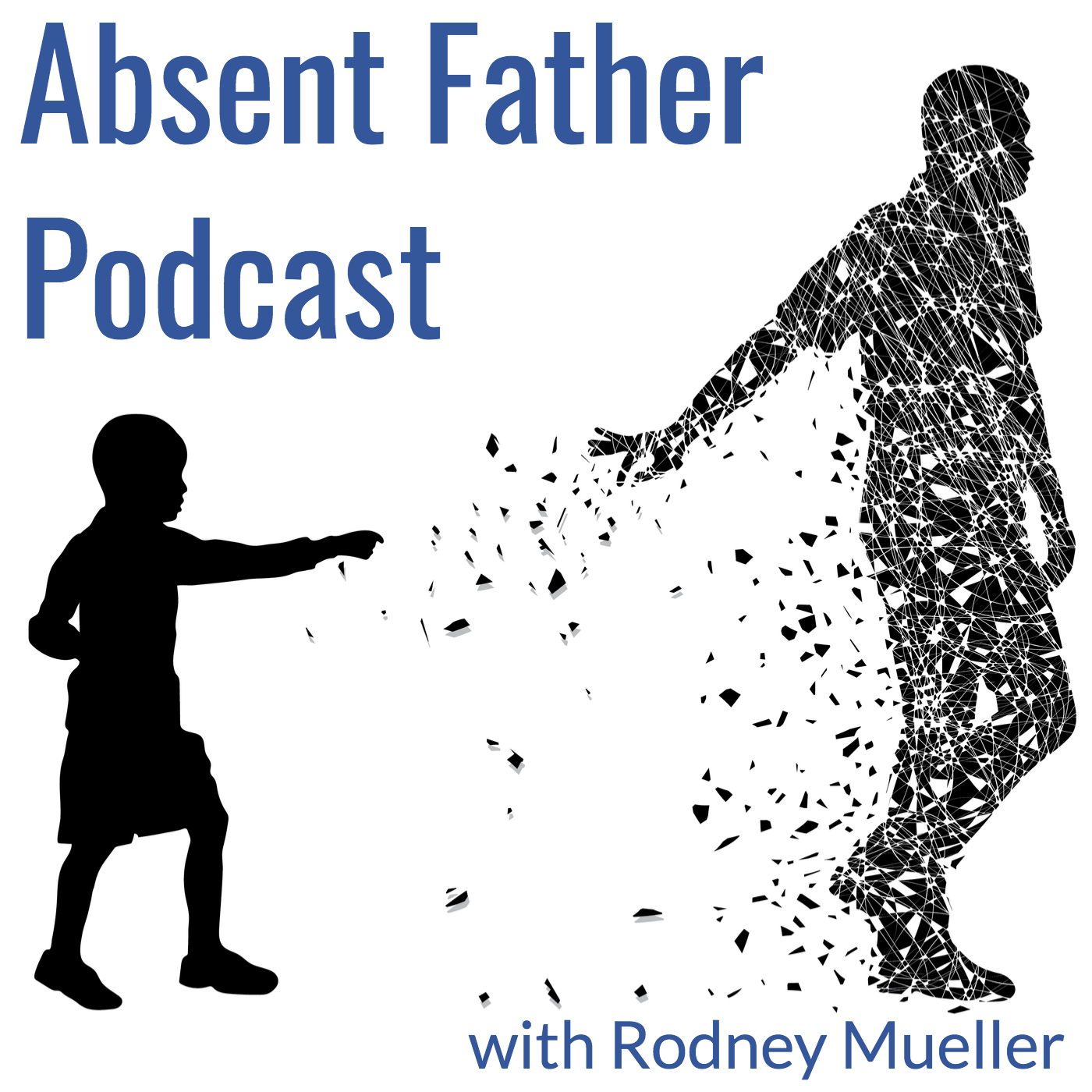 In that episode, the discussion focused on trusting life after that trust has been broken by those we love. Dr. Mills stressed the importance of having the capacity to flow and work with life and its twists and turns. It’s a concept we can all relate to.

Have you ever thought about the fact that we generally want to be “perfect” parents, even though realistically, we’ll all make mistakes? For me, one of the most significant concepts that comes through in several Absent Father Podcast episodes is the fact that every parent is doing the best he or she can with the resources he/she has. Thanks to Dr. Mills, I now understand that some people are terrible parents because what they have is not enough. But if their adult children don’t stop blaming them, and start moving away from the “you-messed-me-up” mentality, they’ll never release themselves from the hold that negative energy has on them.

Rodney Mueller never knew his father in his childhood years. He met him in his teens, but they never really had a relationship. Still, he understands his father’s reality was one with little resources to deal with the fact that his father was murdered the year he was born. From there, his dad’s life was marked by abuse and going in and out of foster homes. Clearly, as an adult, Rodney’s father likely wrestled with the pain of his past.

As Rodney got older, his anger over his father’s absence from his life turned into an interest in self-help. He later assumed he was over the impact of having an absent father, but in 2012, he realized he was still a work in progress.

At the time, he was about six months into his new business as an executive coach. “I had just quit my job six months before, and I had all the experience and everything to be successful, but I was really struggling. I was stuck financially. Instead of figuring out how to get clients, I found myself on Facebook,” he recalls.

This day of procrastination eventually led to the creation of a powerful podcast. While browsing Facebook, Rodney came across a post from Oprah Winfrey’s Life Class. It invited people to share their absent father story, and Rodney did. A few weeks later, the producer called, and he ended up being a guest on Oprah’s Life Class for fatherless sons. During the interview with Oprah, well-known life coach Iyanla Vanzant asked Rodney’s wife a question that really stuck with him:

“Are you afraid that your husband will abandon you the way his father abandoned him?”

It hit Rodney like a ton of bricks. It forced him to rethink how he had been impacted by growing up with an absent father.

That life-changing moment helped him to see that maybe the reason his business wasn’t growing was because he needed to heal to get his values and sense of self-worth in order. A few weeks later, he wrote a blog post sharing the thoughts he was mulling over. He went on to write a second post, but didn’t intend to publish either of them.

But then it occurred to him that, if his posts helped even one person, it would make publishing them worth it. So, he did… and from there, he wrote more blog posts and created the absentfatherproject.com, which became the Absent Father Podcast in 2017.

He found his voice. He also saw a lot of similarities among the experiences of people who had grown up with an absent father, and he wanted to help.

He decided that a podcast was the best medium for him, because it allows for a level of depth and connection that you really can’t get in any other medium. “There are none of the distractions you get with video—like our human tendency to be concerned about visuals or our appearance.”

Rodney loves the fact that a podcast allows space for an authentic human conversation, and that it doesn’t have to be overly produced, since people love a podcast that feels natural and real.

Since publishing his first episode, individuals reach out to him from all over the world to say how deeply the stories shared on Absent Father resonate with them. It seems the podcast suddenly makes them aware of the effects of having an absent father, or a dad who may have died young, and the resilience they have developed as a result.

Rodney sums up his experience as a podcaster this way:

“There’s value in sharing your unique voice with the world and having the world reflect that back. There’s something very healing and empowering about that.”

Whether the guest is a single mom or a man conceived through artificial insemination and raised in a bi-racial lesbian household, each episode of the Absent Father Podcast holds some inspiration for all of us that there is no such thing as “normal,” and that our reality is truly what we make it.

John Lee Dumas: Inside The Mind Of A Podcaster On Fire

Gaslight: Who Can You Trust?