Cody’s Car Conundrum Podcast begins with a Conundrum. Cody Wagner is the host of the successful car podcast that is all about cars – car news, in depth car talk, reviews and more.  The Conundrum? The host doesn’t even have his driver’s license.  At 18, Cody’s been the host for five years – which means – by doing the math – he started the podcast at 13! Wait… what?

Cody became fascinated by cars while playing with his hot wheels and matchbox cars on a rug on his floor – a rug designed specifically for children’s imaginations with street scapes and roads laid out to allow for play. Cody spent hours driving his car toys and imaging the possibilities. Later his love translated into playing car video games – midnight racing through the streets of Monte Carlo in his favorite car – the Dodge Viper. “I’m insane about cars – which is good but I’m insane about cars – which is bad” laughed Cody.

Cody is an impressive young man with an old soul, a great voice and an incredible love for cars. He is mature far beyond his years. As a kid, while getting his haircut, his barber mentioned that Cody had a voice for radio. Cody ran with that and started thinking about what would make a good podcast. His first venture as a podcaster consisted of talking for about 2 hours about road trips. What makes a good road trip? Where to go? What to take?  “I found out very quickly, if you don’t have someone else to kind of bounce the show back and forth with, talking for two hours straight is actually quite difficult. “  That initial two hours ultimately morphed into a thirty minute show, three segments of 10 minutes each. 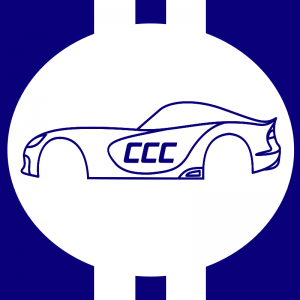 Cody knew he loved cars from an early age. It was only when he added in his already inquisitive questioning nature that the podcast truly came together. His dad had a 2000 Dodge Durango and Cody began asking questions about it. Why is it called a Dodge? Why a Durango? “I would look up cars on the internet and find the answers to the questions, always asking more questions.” Cody says.  This led to the discovery of Javascript computer games, in particular one that included car races. His choice of cars in the game was either a Ferrari F50 or a Dodge Viper. He always chose and raced the Dodge Viper and bam….that Viper obsession was born from a computer screen.

“I’m a Viper guy first then a car guy second but I’m still very much a car guy so I’m interested in the classics. Muscle cars and Formula One cars… I want to find something that everyone can find an interest in.”

Top Gear, the long running British TV show also played a large role in Cody’s car education. Because of the many beautiful locations the show filmed in, Cody, who was homeschooled, learned not only about cars but also about the geography and history of the locations the show was filmed in. It also “fueled” his car knowledge. The hosts of Top Gear, Jeremy Clarkson, James May and Richard Hammons, helped mold Cody’s style and he learned from some of the best. “The cinematography and the storytelling is just so good in Top Gear!” Cody says.

Another podcast hero is Joe Rogan. “I love his podcast.  I’d love to fly people out to Colorado and then have them do a  video and have them in my studio. We’d then talk about specific things in the automotive industry and things that especially industry professionals are dealing with at the moment. We’d then have more of a casual conversation.” Cody has big plans for the Conundrum business enterprise – he wants to own his own building which would include a garage.  His guests would be hosted in his own CCC branded building and he eventually hopes to morph his podcast into a late night talk show about cars.

The podcast has been a huge part of Cody’s maturation process. Hosting the podcast has taught him many life lessons, including organization of his thoughts and his speech. Cody states, “I think it’s made me a lot more eloquent. The podcast makes me get to my point faster. I keep watching and learning from people like Joe Rogan and a few other people that I follow. I try to keep in mind how straight to the point they are, when they speak and how they don’t just belabor a point. over and over and over, which I still do.  But I try to make it less annoying. I try to phrase it as differently as possible to really try and hit home the point as best I can.”

Cody also uses his podcast forum as a type of public service announcement. He shares not only the news about cars but talks about recalls for his audience. Since it could be months before auto manufacturers contact their customers about recalls, Cody announces them on his show as soon as he learns about them.

The future is clear and bright for Cody and his Car Conundrum brand. Future podcasts will include more guests and will expand into more types of individual automobile coverage, not just news. He also plans to buy his first car, once he gets his driver’s license, which reminds us again, he’s only 18.  Finally, located in the International Headquarters of the Cody’s Car Conundrum media empire building will be his prized Dodge Viper collection.

And… Joe Rogan… watch out… Cody is on his way!