People create podcasts for all types of different reasons. Some want to entertain. Some want to build their business. Some have something to give back.

For Scott Edwards, it was to reconnect with old friends and colleagues.

Scott is an entrepreneur at heart who has started over a dozen companies over the past four decades. Given his lifelong love of comedy, one of them was the Laughs Unlimited Comedy Club in Sacramento, CA, which he opened in 1980. Although Scott is no longer the owner, the club is still in existence in the Old Sacramento area of the city.

Scott’s experience as an entrepreneur has provided him with plenty of stories as well as recorded comedy sets and interviews, all of which form the foundation of his podcast, Standup Comedy Your Host and MC.

When Scott says that the motivation for creating the podcast was to not only provide a true source of entertainment, but to get back in touch with friends he has gained over the years, he truly means it. One of those friends was Bob Saget. Some may remember him as the original host of America’s Funniest Home Videos, or for his role as Danny Tanner on the ABC sitcom Full House in the late 80s and 90s. Unfortunately, Saget unexpectedly died on January 9th, just one day before Scott sat down with Podcast Magazine® to talk about Standup Comedy Your Host and MC.

Beginning the interview with condolences, Scott replied: “We had recently communicated about Bob doing my podcast. Neither one of us thought there was a hurry,” Scott admitted. “He was out on a national tour, and doing his own podcast, as well. So, I was biding my time.

“Bob was a friend. From 1980 to about 1987, he worked for me all the time—he was actually one of my first headliners. Dave Coulier introduced us. He and Bob really helped teach me what it took to run a club—how to treat comics, how to charge, what to pay people, how a show should go… then, they introduced me to Garry Shandling and George Wallace, and the rest was history,” Scott reminisced.

“In 1981, Bob helped me to produce my first TV commercials to promote my club. It was him, me, and comedian Carrie Snow,” he continued. “We did two different commercials to get the club, which was brand-new, into the public eye. He took the time and never charged me for it… and we had a ton of fun, too. In one commercial, Bob throws me off a roof. In the second, he and Carrie are driving a car contemplating what they were going to do that night, and they literally run me over. I had no problem jumping up on the hood of my car and breaking my own windshield. I remember Bob saying, ‘Man, that’s commitment!’

“Bob worked for me several times a year for many, many years. Then, during the filming of Full House, he came back.” This trip down memory lane sparked a particularly funny story from Scott’s days of owning a comedy club. “I think one of the funniest things was that moms would call up and say, ‘We want to bring our kids in to see Danny Tanner—you know, Bob Saget.’ And I’d go, ‘No! There’s a reason the club is 21 and over.’ He was a such a clean actor on that show, but on stage, he was one of the filthiest comedians out there.”

Scott shares some of his entrepreneurial expertise on how to run a comedy club and the business of comedy on his podcast, as well. For example, he goes into “the money involved on the business side of comedy” in Episode 41, which ironically features “Two Funny Guys—Tim Jones & Bob Saget.” It dropped on November 15, 2020. 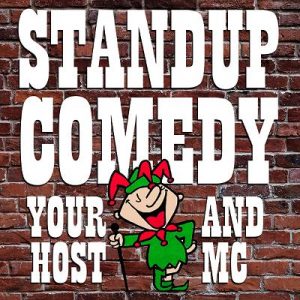 In it, listeners may be surprised to learn how little comics made in that time, even by 80s’ standards. “Another guy who helped me build the business was Garry Shandling, who was out of Phoenix, AZ. He did his first act on stage for me in August 1980 for $150.”

Not surprisingly, even with Scott’s business acumen and passion for comedy, it was initially a struggle to get the club off the ground. But in true entrepreneurial fashion, he found a way. “I didn’t have any money to do anything, so I wheeled and dealed with a local restaurateur in a place called ‘the Delta Queen’ in a tourist area known as ‘Old Sacramento.’ The deal was, I could use his banquet room free of charge, and he got the food and drink [revenue] while I got the door,” Scott explained.

“I had to bring in my club. So, I had to tear down the banquet and set up my chairs, lights, and sound for the show. Then, after the show, I had to clean up all my stuff, because they would have banquets the next day. This went on for six months. I was by myself the first few weeks, and then some friends came and helped,” recalled Scott.

While it was a lot of work, there was also a lot of fun between shows. “It was late 1980,” Scott shared. “I’m sitting with Dave and Bob at a cocktail table having drinks after the show, and Bob and Dave are just cracking each other up. Finally, I ask, ‘What’s so fricking funny?!’ I was the boss, after all. Dave pulls out this piece of paper, and wrapped up inside of it is some table lint. The writing on the paper read, ‘Dave, here’s some of my pubic hair.’ That is the kind of humor in comedy. It’s not the knock-knock jokes that crack people up.”

Continuing on the theme of the art of comedy, Scott was quick to point out that being filthy or swearing doesn’t naturally or automatically lead to something funny. Reflecting on his forty plus years of experience, he explained:

“We had our share of dirty acts come through the club. Some were dirty just for shock value. I’m not a believer in the guys who go on stage and say, ‘I went to the f—in store to get some f—in bread’ and think it’s funny. But when you get somebody like Bob, or Jack Marion, and there have been a few others who know how to weave the words in, it’s different. Yeah, it’s dirty, but it’s also funny and something everybody can relate to. It entertains, and that’s what I care about as a producer.”

Given his knowledge of comedy, Scott also opined about the state of the genre and podcasting today. “Many people who think they’re doing a comedy podcast aren’t really doing comedy. I’ve been interviewed about 40 times in recent years, and most of them were for comedy-based podcasts. So many are just two guys sitting in a basement thinking they’re funny, but in reality, they fade really quickly. Comedy podcasts are particularly difficult to keep going strong.

“Rogan is only as successful as he is because early on, he was able to get some famous people on who then carried the show,” Scott contemplated. “His job is much like mine—as hosts, we can be funny in reaction. I have never stated that I’m a comic. I’m just a producer who understands the art form. I don’t do the art form.

“When it comes to comedy podcasts, it’s shocking to me how unfunny some of these folks really are. Doing a poop joke doesn’t make it a comedy podcast.”

However, Scott admits that everyone has a different definition of what is “funny.”

“Comedy is very introspective. Some people like The Three Stooges, for instance, and some don’t. Everybody has a different ilk for what’s funny.”

Wondering what makes Standup Comedy Your Host and MC funny, then? Perhaps it is because those who truly understand the art form of comedy can make people laugh whether it is the 2020s or 1920s.

Regardless, Standup Comedy Your Host and MC is obviously funny to a sizeable sector of society, based on its followers and reviews. To that point, while Scott fully appreciates the value in podcasting to reconnect with comics and friends from the 80s and 90s, he also sees the show as a tribute to comedians who long to be their kind of funny without worrying about backlash.

“It’s an homage to comedy the way it was,” he stated. “Things have changed even in the last two years. It’s gotten extra weird. I was able to share Bob Saget live on stage, and Dana Carvey, Garry Shandling, Pat Paulsen… so audiences could see how truly funny these people were and are. My audience is mostly males over 50, because they love that type of comedy. It really feels so much more free.”

“I’m not setting any Joe Rogan records or anything, but I did just hit 50,000 downloads, and I’m starting to make my way up the lists. I just launched my third season, and I’m mixing it up. Instead of doing stand-up comedy one week and then an interview or one-on-one interview with a professional entertainer, this year, once a month will be a comedy roundtable. Basically, I went to the Bay Area and LA, got two or three comics in a room, and turned on the ‘record’ button. They came out great, and I’m really proud of them.”

If the first two seasons are any indication, avid listeners of Standup Comedy Your Host and MC will be sure to enjoy the new season just as much.