“Ever since I was a little kid, I dreamed about it. We used to have one of those backyard playsets with a swing in the shape of a car, and I’d pretend I was on the Eagles bus, going up I-95 to play the Giants,” said Joe.

When Joe was seven years old, he joined his first competitive football team. He was chosen as right guard—a position he knew nothing about. He wanted to be the star player and get his name in the paper, which wasn’t likely as a right guard. When he told his father about his position, his dad advised him to bring value to the position he was chosen for, because you never know what could come of it. Thanks to that advice, Joe worked hard to help his team, and subsequently, his entire career extended from being a defensive lineman.

Joe went on to play basketball, baseball, and wrestling, as well.

“I brought all those well-rounded skills to my football game. I tell young people the same thing—try out different things to become more well-rounded. It helps out a lot in life,” said Joe. 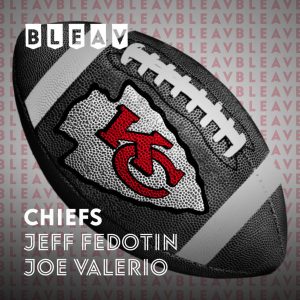 Joe’s high school was big, and they had a solid football program. It was tough for him to get onto the field. But at the start of his senior year, he had reached 6’5” and caught the attention of several recruiters… including one from Penn State.

Being the first person in his immediate family to attend university, Joe was very serious about balancing academics with sports. A well-rounded athlete, he focused on setting himself apart and being technically sound. He found that structure helped him stay focused, which gave him a much higher chance and opportunity to succeed.

“Stay busy,” Joe advised. “The busier you are, the more you can stay structured, so you can focus on what you need to do and accomplish.”

Fortunately, Joe’s hard work paid off, and talent scouts from a few NFL teams were interested. They encouraged him to continue the hard work—if he did, he could have a great football career. Joe took the words to heart and continued pushing himself.

As a senior, Joe secured an internship with a private investment firm. His dad gave him the following great fatherly advice:

Joe’s dad also advised him to get to know everyone, treat everyone the same, do whatever they asked him to do, and not take anything for granted. Joe took that advice, going at his internship with a great work ethic. He got to know the whole office, from the cleaning people in the morning to the managing directors.

Six months later at the NFL combine, Joe met with the Kansas City Chiefs for an interview. He was surprised when they asked about his internship at the investment firm, thinking they completed a pretty extensive background check. Turns out, the managing director of the firm was the best friend of the general manager and president of the Kansas City Chiefs.

In the end, the way Joe conducted himself throughout the internship closed the deal in respect to him being drafted into the NFL.

Joe went on to play for the Kansas City Chiefs for six years before retiring his football career.

Then, it was time to focus on his post-football career. Once again, his dad offered him valuable guidance:

“He said, ‘Don’t rely on anything other than the lessons you learned from football to propel you to success—bring value to every relationship,’” Joe shared.

Two years ago, the Bleav Podcast Network asked Joe to join and co-host the Believe in Chiefs podcast. They not only cover the Kansas City Chiefs in general, but also provide insight into their “locker room talk.” Naturally, Joe reads about the Chiefs and football all day long and is therefore always prepared for his podcast.

Going forward, Joe would like to expand and create his own podcasts on “leadership and lessons” for today’s youth and is considering creating a Youtube channel.

Scott Edwards of Standup Comedy Your Host and MC

Exploring The: Wonders of the World