Patrick Johnson’s high school friend, Jon Hill, was instrumental in Patrick’s becoming a podcaster. During one of their daily phone calls, Jon told Patrick that he had been planning to start a podcast, but his co-host had backed out. So he thought of Patrick, who he believed had an inspiring, important story to tell. Knowing Patrick’s personality would translate well to podcast hosting, he extended the invitation.

Patrick remembers his first response being, “No, I don’t want to do a podcast. I don’t know anything about podcasting.” But Jon convinced him to come over to his grandmother’s basement to give it a try, agreeing if it didn’t sound good, they would “trash the idea.”

Patrick says, “I didn’t know what I was doing. But I felt good doing it. And that’s how we started out… in Jon’s grandmother’s basement. We hit the ‘record’ button in December 2018, and I haven’t looked back since.”

He experienced his first wakeup call in 2008, when a gunshot wound to the leg left him with permanent nerve damage. He had to relearn how to walk again, and he lived with depression. Food became his comfort, and over a period of nine years, he went from 182 pounds to 302. With the increase in weight came more serious health issues, too.

“It was 2017. I was 302 pounds, and I had sleep apnea, polyps (one cancerous) in my colon, and high blood pressure and cholesterol. I was admitted to the hospital, and the doctors told me I was going to have a colostomy bag in my stomach. And I knew I didn’t want that.”

“‘Hey, give me a sign. It’s been six days with no water, no food, no ice, and there’s two IVs in my arm. Please reveal something that can help me get out of this bad place.’ And God revealed two words: healthy cells. When my doctor came in with five prescriptions for me to take—I tore them up and respectfully told him I would see him in a few months… that I would get my blood pressure where it needed to be and get rid of the weight. I said, ‘I guarantee you, I’ll be a different person the next time you see me.’ That was the true wakeup call. I knew that having a colostomy bag would alter my life. And I knew then that I had to give up all the foods I had been eating to get healthy.”

Patrick’s faith in his healing was strong, but after so many years of relying on food for comfort, there were times when it was tested. What inspired him to stay the course was the memory and pain of the day he was hospitalized. Patrick shares:

“I’ve thought about going back to food as a coping mechanism, because food never judged me like people did. But then, I remember this moment: I got up the day after my colonoscopy, and I fell to the floor. As soon as my feet hit the ground, I immediately fell. My three-year-old daughter ran into the room, and I couldn’t move. And I was crying, because my daughter was crying ‘Daddy, Daddy, Daddy,’ and I couldn’t do anything. I didn’t know that the colonoscopy had poked a hole in my intestines, so the almonds I had eaten the night before were scattered throughout my body. As a result, when I got up, my body went into shutdown mode. It was trying to prevent me from killing myself, essentially, because it didn’t know that I had a golf ball-sized hole in my intestines. It just knew that it needed to eradicate the almonds. So I was temporarily paralyzed for about three hours. And my daughter sat there crying next to me.”

The memory of that fateful day and the “healthy cells” message gave Patrick the fortitude to start making lifestyle changes. He remembers:

“You know there are certain things you have to experience. You have to go through those experiences, because you going to be a vessel for someone else. And that person might be going through that same exact thing. For example, I bled for five years. I never told anyone. I didn’t know that I was hurting myself and that polyps were growing in my intestines. Thank goodness, six were benign and only one was cancerous. But here I am today to let people know that it’s okay to talk about these things. These are the things I now talk about on the podcast. Guys who look like me don’t necessarily talk about health problems. And that’s why I don’t go back to my old ways—the way of depression, anxiety, and self-sabotage. I’m no longer that person. Losing over 127 pounds also helped me lose 127 bad habits. And once I started losing weight, everything started happening for me, and I began to understand my purpose. I started expanding my mind.”

Patrick’s weight loss over the next year was a result of his taking up running (which he hated) and becoming vegan. His wife and daughters are vegan, too. Patrick shares:

“I didn’t force it on them. I didn’t want to do that. I wanted to give them choices of things they like to eat. But they saw the changes: daddy’s attitude and sleep patterns were better; he was more loving; he was more energetic. They wanted those things, as well. And my daughter will let you know what corn syrup does to you, and will tell you that she wants you to be healthy.”

In the meantime, Patrick and Jon were speaking daily, and Patrick inspired Jon to make lifestyle changes, as well. That’s what prompted Jon to invite Patrick to be his co-host.

After three seasons podcasting together, Jon started the vegan podcast, What’s On Your Plate, and Patrick became a solo podcast host. Although they aren’t able to connect daily, they remain close friends.

Looking back, Patrick realizes he was always meant for podcasting. Perpetually in trouble at school for talking too much, he also loved talk radio. With podcasting, he realized he could nurture those passions while sharing his journey and message globally. Patrick proclaims, “I gave my purpose power, and I can utilize that message and help the masses.” 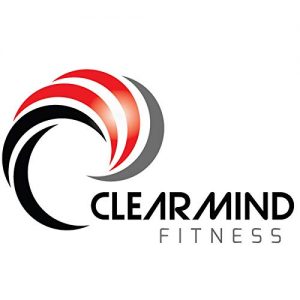 With the pandemic coming to an end, Patrick is excited about his plans for Season 5 of ClearMind Fitness. “I’m going to incorporate my vegan lifestyle into the podcast by traveling to vegan restaurants and podcasting about them—how they incorporate their vegan lifestyle and how food is sourced and distributed. We’re also going to do more interviews. I get a lot of questions about what I eat, how I eat, and where my food comes from–there’s no better way to answer them than to take my listeners with me as I travel to Chicago, Fort Lauderdale, Denver, Vegas, and other cities along the way!”

Patrick’s dream guests for ClearMind Fitness are the three men who provided the motivation he needed to push through the darkest days: Denzel Washington, Kevin Hart, and Eric Thomas. Having run a marathon, biked 100 miles, and dedicated himself to being “consistently consistent,” Patrick also plans to write a book and is looking forward to pursuing voice-over and acting.

In honor of Father’s Day, he imparts this wisdom:

“Being a father has taught me so much about what it means to be the messenger for the ones who listen to you. Our kids are watching everything we do, and their minds are like sponges. They want to incorporate whatever we do into their life. My daughter is intrigued by me.

“Fatherhood has taught me that my kids see the best version of me. If I mess up, I apologize. I also let my children know they can have an opinion. When I was growing up, I didn’t have that option. Being a parent in the 21st century requires tweaking some things.

“Being a father has also taught me patience and made me a kinder spirit. When it comes to life, whatever you focus on, you magnify, so I know futures are designed in habits. There is going to be struggle in life, but it’s about being happy in what you’re doing. We become so fixated on what other people think of us that while people are living their lives, we stop living ours. And before we know it, so much time has passed by, and all we’ve done is continue to look at someone else’s life. Be consistently consistent with your life. I tell my daughters, ‘Live your life the best way you can, try your hardest, and do your best. That’s all that matters.’”

Perez Hilton: Much More Than ‘Frenemy To The Stars’

Healthcare For All: Shining a Spotlight on Extreme Poverty