Michelle Snow has set the bar high for herself her entire life.

Not afraid to challenge herself, she wants to be uncomfortable, to help her succeed. That, in addition to learning from others, is how she has achieved so much in basketball and her professional career, and why she is the inspiring person she is today.

Michelle set her goal to become a basketball player while watching Michael Jordan in the NBA Finals. Wanting to achieve as much as Jordan, Michelle proclaimed out loud, “‘I am going to get 17 college scholarships.’ My parents said, ‘You can do anything you put your mind to.’ So, I started to manifest it.”

Growing up in Pensacola, Florida, Michelle played basketball with her uncles from an early age. They didn’t “take it easy” on her, either, and when she started playing with girls, she dominated them.

Michelle went on to high school with dreams of being a doctor. Her mom was very sick in the hospital, so her motivation was personal—however, she is also known as a “selfless” person who “looks out for others.”

Lucky for Michelle, she experienced the power of mentorship when Roy Jones Jr. advised her to find a mentor. She chose her high school coach, Alison Davis—an all American who played for Alabama.

“I went up to her and said, ‘I want to win the state championship with you, coach.’ And she said, ‘We were 3-19 last year,’” Michelle shared.

Michelle’s coach modeled goal setting for Michelle with her constant striving to become a better coach. She went to post camps and helped learn post moves, and “did everything with love,” Michelle said. Michelle credits Coach Alison for helping her improve her already strong work ethic as well as mentoring her off the court by being such a good example. 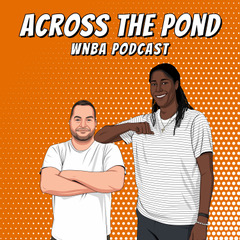 Michelle’s high school team did indeed win State and closed the season undefeated. Michelle had set a goal and accomplished it.

Michelle shared one of the most emotional moments of that time of her life:

On signing day, she had over 150 academic and athletic scholarships. Her mom was so proud of her. Michelle had done exactly what she said she would years before.

Facing the hard decision of choosing a college, Michelle narrowed it down to UNC and Tennessee University. She then talked to the legendary coach Pat Summit of Tennessee University, and ended up telling her that she wanted to hold on her decision until fall. Pat showed up at her high school the next day.

Pat helped Michelle compare the two schools. She asked Michelle what she wanted to be after she graduated, and Michelle replied, “I want to be a businesswoman.” Coach Pat, a successful businesswoman herself, became another hugely influential mentor to Michelle.

So, “Coach Summit had me speak all the time,” she said. “I was a very shy person, but by the time I graduated, I was not.”

Michelle’s biggest accomplishment playing for Tennessee was being the first woman to dunk in a game. She played in two National Championship games, and her team won four SEC Championships.

Michelle also went on to hone the public speaking craft: “I lived in a trailer park. I had holes in my shoes, and I was bullied. I love getting to show girls that anything and everything is possible.” When James Scott, founder and owner of the Across The Pond Network, asked Michelle to co-host the Across The Pond WNBA Podcast with him, she readily agreed.

The show highlights the WNBA season and discusses the WNBA all year long. They interview inspiring guests and cover all that is new in the WNBA while going behind the scenes with WNBA players.

Michelle, who is now a project manager for Nike and enjoys investing in real estate, has been able to consistently overdeliver on her promises made throughout her entire life, and she continues to set the bar high for herself to accomplish more than she could ever imagine. She is living a life of purpose and intention as she now mentors others. What an inspiring woman.