It’s hard to imagine Dustin Mathews—host of the Get WealthFit! podcast—watching endless loops of Larry King, but that’s where it all started…

Okay, not really. The Larry King obsession was just one way Dustin calmed his nerves and zeroed in on how to be the kick-ass interviewer he is today.

In reality, his business partners drafted him to host the Get WealthFit! show as a way to connect more with the community they’ve built at WealthFit and as another path to inspire the WealthFit nation to take action.

Truth be told, Dustin’s the guy who found a loophole to get out of the required public speaking class in college.

“I had that same fear a lot of people have when they enter that new territory or area of life. But you just gotta do it. I read some books on it, and then just dove into it,” he shared.

In fact, Dustin hit the record button and said, “Let’s play full out.”

And that’s just what they did. Publishing 25 episodes on launch day and a brand-new episode every business day for seven weeks, Dustin and team produced 60 episodes in less than two months.

The goal? Make it binge-worthy, and then let listeners binge!

Although Dustin’s biggest fear (next to public speaking) when he began podcasting was running out of questions, he quickly discovered that everyone has a story. And the stories from high achievers featured on Get WealthFit! are about more than success.

They’re about the setbacks, too: bankruptcies, health challenges, deaths, and the tough moments that define their journeys.

Gifted in getting inside the world and head of each of his guests to reveal those pivotal moments, Dustin’s approach is to simply stay curious. He asks the questions that get to the story behind the story around the overarching theme: What makes successful people tick?

That curiosity has led to some… interesting moments over the years.

A couple years ago, when Dustin found out that an Entrepreneur.com event he was headed to in New York would feature Danica Patrick, he immediately went after the interview.

Doors kept closing, but he finally got through to her people and they agreed. 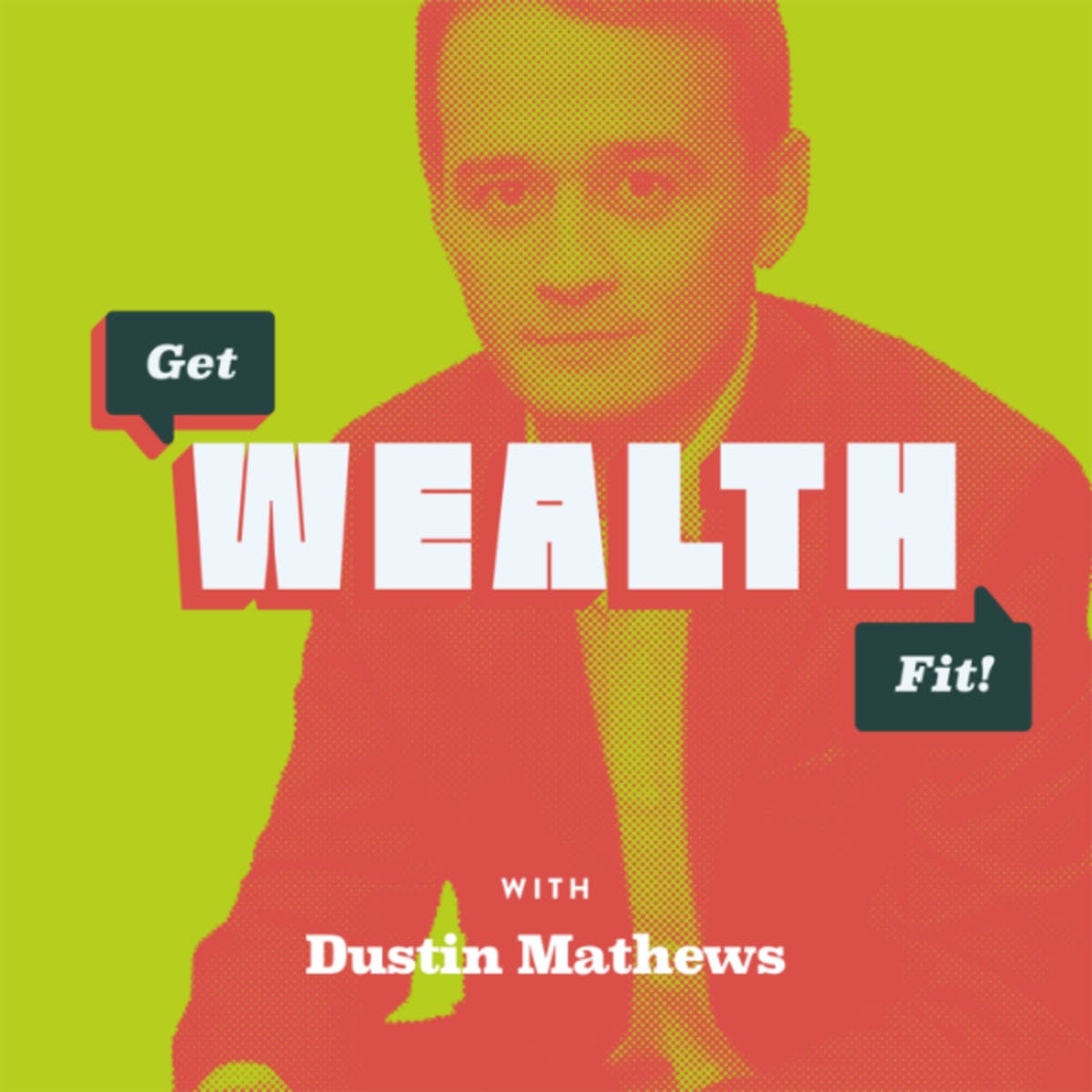 He excitedly shared with the entire Get WealthFit company that they’d secured the interview. (Lesson #1: It’s not done until it’s done—don’t share prematurely!)

When he landed in NY, Danica’s PR agent greeted him with “Who are you?”

“I’m Dustin, we talked on the phone…”

Instantly deflated and crazy nervous, Dustin began to mentally prepare for the worst as the agent headed back to the greenroom to see if the interview was even possible.

“You’ve got seven minutes with her.”

Dustin had prepped for an hour show.

But he saw it was another opportunity to step up and go for it, so he did. (Lesson #2: Things might not go as planned, but keep rolling.)

He grabbed his equipment and headed into the media pressure cooker of Danica’s greenroom, armed with her book for signature.

And then it happened.

In slow motion, the book flew out of Dustin’s hand and smacked the winningest female race car driver of all time in the back of the leg. (Lesson #3: Practice grip, and think quick.)

“Hey, I’m just trying to make sure you’re on your toes!” Dustin blurted out.

Danica laughed, and the interview began.

Seven minutes turned into 12 of rapid-fire Q&A covering insights on her business, her perspectives on wealth, and her life.

I couldn’t help but think this episode had to be his favorite, but Dustin said, “They’re all such cool people. You sort of fall in love with the stories. They’re like my children, I love them all.”

We’ll let him get away with that for now.

So, what’s next for the show?

They might be making some pretty impressive power moves to expand into a whole network of shows for listeners to explore.

As for Dustin, after the Danica Patrick experience, he may consider improv… so watch for him on a comedy stage near you (if he takes his bravery up a notch!).

Until then, hit “play” on the next episode of Get WealthFit!

It’ll help you get off the sidelines and take action to Get WealthFit!… because remember, “You’ve just gotta do it.”

Michelle Shaeffer is the co-founder of Planet Business, founder of the Empath Entrepreneur Academy, an award-winning blogger and podcast host. She’s the creator of Lingo Dynamics, the science of “words that feel.”

Michelle has mentored 25,000+ bloggers through blogging challenges and her popular podcast reaches 156 countries around the world. Through her blog, podcast and social media, she’s connected with hundreds of thousands of entrepreneurs, guiding them towards creating profitable businesses they’re passionate about while making a positive difference in the world.

Jordan Belfort: The Wolf of Podcasting

Brush Up! Your Teeth and Your Podcast Niche, That is...

Podcasting in 2021: How To Position Yourself for Success

Last month, most of us breathed a sigh of relief as the clock flipped over to

Be Calm on Ahway Island: A Place of Love and Safety

Wouldn’t you love to fall asleep to the sound of a calming voice?  You can, if

How to Start a Membership Community With Your Podcast

Most professional podcasters aspire to have a membership community. Not only do they help you to

Liz Eggleston is the founder of Course Report, the definitive source of coding bootcamps around