Ben Jacobs, host of Wittenberg to Westphalia: The Wars of the Reformation, can barely remember the year he launched, so lost is it in the mists of time… well, 2014, to be precise. He is now on episode 75 of his wonderful exploration of the early modern period.

The main focus, as the title suggests, is the period between when Martin Luther nailed his 95 Theses on the door of Wittenberg Cathedral in 1517, which started the German Wars of Religion, and the signing of the Treaty of Westphalia in 1648, which ended them—i.e., the Thirty Years’ War. But, and this tells you all you need to know about Ben and his approach to detail and analysis, he is quick to point out that the German Wars of Religion did not, in fact, kick off in 1517 (it isn’t the 130 Years’ War, after all). They didn’t end in 1648, and they really weren’t just German.

Another key insight into Wittenberg to Westphalia: The Wars of the Reformation is that eight years in, we are not yet at Wittenberg… quite a way off, in fact. As Ben says, “I thought it was important to do a lot of background. So now I am on Episode 75… and I still haven’t gotten to Wittenberg.” And just as the podcast did not start at Wittenberg, it will not be ending precisely at Westphalia, either. Ben estimates that it will be the Glorious Revolution in Great Britain of 1688, though one suspects he will be tempted to take us all the way to the French Revolution. That’s because Ben does things properly—he really is “The History Podcaster’s History Podcaster,” on a number of levels.

The history podcaster par excellence, Ben does podcasting his way, and that’s it. You are very welcome to hitch along for the ride, but don’t expect him to do it any other way but his—precisely the way an independent history podcast should be done.

He is taking as long as he is with the series because he really does encompass an enormously broad approach with his topics. For example, as listeners get to Wittenberg and learn about the foundation of the Protestant religion and the split from Rome, Ben also wants us to have a clear understanding of the world where this seismic event took place. As Ben puts it, “No matter what people say about wanting just the facts, you actually need to create a narrative that people can understand.” So, unlike some podcasts, Wittenberg to Westphalia does not just summarize a succession of kings and battles; it is a deep dive into the society of the time. As such, Ben’s recent episodes have covered non-normative populations in Medieval Europe, including a mini-series on women and slaves.

Ben is a stalwart and supportive member of the history podcaster’s social media community and is always available and willing to offer help and advice to newcomers on the scene. He considers this to be his way of “paying it forward” in recognition of the help he received from the community when he was starting out. Ben made a very obscure reference to an old U.S. commercial while explaining why he likes to help out where he can (hopefully, it will make more sense to our readers than it did to this British correspondent): “I work for Hairclub for History Podcasters, but I am also a member… I am not just a podcaster; I am also kinda a superfan, myself.”

Ben is also the Secretary of the Agora Podcast Network, a network of independent educational podcasters (fine people all!). Agora includes a range of interesting podcasters who occasionally come together to produce collaborative episodes on the network’s feed, including Agoraphobia, the spooky series they release around Halloween. 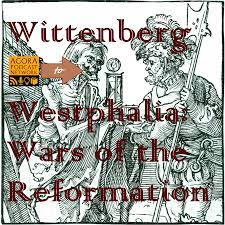 Add “logistical powerhouse behind Intelligent Speech” to Ben’s list of credentials, too. Intelligent Speech is a conference for podcasters with a focus on history. The first was held in New York City, but since the pandemic hit, it has migrated online. Ben is the swan’s legs paddling furiously below the waterline to ensure that the conference glides graciously into existence. He makes sure the speakers are truly diverse and represent a wide range of topics, and crucially, that they know what to do when the big day comes.

An urban planner by day, Ben brings the kind of analytical mind you need for that profession to his podcast. With a major in international relations and a master’s in urban planning, he believes the underlying methodologies of these kinds of social sciences are transferrable, and they help him create the narrative for his podcast from available facts.

In a recent episode, he dove into the question around the scarcity of medieval slavery records possibly indicating that it did not exist. He pointed out that the only record-keeper at the time was the church, and documenting their involvement in a practice that went so clearly against the teachings of Jesus Christ might not have been in their best interest.

In his day job, Ben uses tools like Geographic Information Systems to analyze big data by plotting information on maps. These kinds of tools are also used by historians—Ben cites Michael McCormick’s research into trade routes by following coins found in a series of archaeological digs across Europe as an example.

Ben’s professional knowledge also allowed him to air one of the truly ickiest podcast episodes this correspondent has ever heard… it’s all about sewage (Episode 59, if you are feeling brave).

Ben’s favorite episodes as of this writing are on economics (Episodes 50-52). Perhaps recognizing that this may sound a little dull, he conceded that the episode he most enjoyed was Episode 27: Berengar the Nudnik. In it, he asks whether Berengar of Friuli, a Holy Roman Emperor famous for never winning a battle, was a schlemiel or a schlimazel—have a listen to find out what that is all about. Also listen out for the fanfare of Russian music that his editor, Andrew Pfannkuche, seemingly randomly scatters throughout the podcast. (Ben tells us that Andrew is open to offers of work, should any reader need the services of an expert audio editor.)

The one potential grumble that prevents this article from becoming a hagiography is that Ben doesn’t really like dates—a fact some might find strange for a history podcast. For example, he tells us of one of Berengar’s many defeats at the Battle of the Brenta, where he was routed by the Magyar, but leaves us wondering when the battle actually occurred (24 September 899, should you be interested). In this correspondent’s opinion, Ben is quite right that the year it happened is the least interesting thing about the Battle of the Brenta.

Ben concedes that history podcasting is unlikely to make one as rich as a feudal lord, but he is now doing quite nicely with a loyal following on Patreon and his Wittenberg to Westphalia Podcast Store that he shares with his wife, who has her own crafting business.

If you do hitch a ride on the Wittenberg to Westphalia wagon, you are in for a treat. It’s a podcast with real heft, but also humor, and crucially, even though you’ll have eight years of episodes to catch up on, you’ll still be at the introductory phase if you start with the most recent episode—it’s not even the end of the beginning, if you will.