When the pandemic inevitably led to empty theater seats around the country, artists, playwrights, and producers rose to the challenge. Instead of lamenting the fact that lockdowns and fears of COVID-19 transmission prevented would-be patrons from coming to theaters, many theater-makers turned to podcasts, meeting their audiences where they are—listening at home or while on the go.

Performers’ high level of vocal training naturally lends itself to new audio-only forms of theatrical productions. In an age of Zoom fatigue, this is a welcome reprieve from staring at screens. What’s more, audio plays can generally be made quickly and fairly cheaply, and they hold the nostalgic value of the popular radio plays of the 1940s and 50s. It is worth noting that today’s digital sound work offers exciting possibilities that weren’t available back then.

The intimacy of the podcast medium also adds an interesting dimension—a sense of closing your eyes and using your imagination to conjure up the scenes that are conveyed with the element of storytelling.

Having the ability to amplify diverse voices, collaborate with artists who may otherwise remain unknown, and reach a wider audience beyond the scope of a physical theater space are perhaps the biggest benefits of translating plays into podcast form.

Audio plays may also be reaching the younger age group that typically listens to podcasts, broadening audiences beyond the older demographic of theater-goers who are getting used to a new art form.

From lower price points to freely accessible podcast productions, these pandemic-induced changes are bringing the performing arts into the homes of individuals who may have previously viewed theater-going as a luxury they could ill afford.

Audiences with disabilities also have easier access to plays now than they would have in a traditional theater setting.

Following are a few of the incredible audio shows written by playwrights and musical writers who have pivoted to meet today’s demands:

Hosted and produced by Claudia Catania, this long-running podcast features “short, contemporary” stage plays with “first-rate casts,” according to Apple’s description. Since 2012, “Playing on Air has been bringing together award winners and emerging young talent, and each play is followed by a conversation with the playwrights and cast.” The slate of performers includes John Lithgow, Michael C. Hall, Marisa Tomei, Julie White, Tony Shalhoub, and many others.

The lineup of performers includes Blair Underwood, Cecily Strong, Andrea Martin, and Michael Urie, among others. Proceeds from the podcast benefit The Actors Fund and Feeding America.

Although The Pack has been running live in theaters with book-in-hand readings in Los Angeles and New York, by popular demand, the shorts continue in the form of spoken word radio plays.

Behind the scenes, actors will be recording and interacting from their homes, helping listeners actively use their imaginations to bring the stories to life.

This podcast is reminiscent of live radio theater broadcasts. Writer and director Bernadette Armstrong created it after recognizing that the pandemic could have a tragic impact on small theaters and emerging playwrights like her. The show highlights new plays, new writers, and a wealth of unknown talent. Theatrical works are “created in sound studios as opposed to live stage productions and presented on the podcast as ‘radio productions.’” Play submissions are solicited online and through outreach centers and word-of-mouth. The goal is to reach out to underserved writing communities, like prisons and school and community groups, to provide an avenue to have their voices heard through plays, short stories, or poetry. The podcast has already highlighted the work of incarcerated playwrights through the PEN, America’s Prison Writing Program. 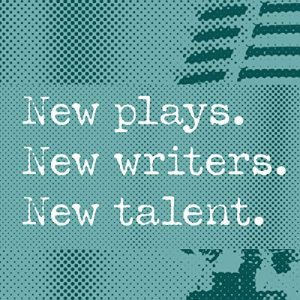 The premise for this musical podcast is timely:

“In a world where it is too dangerous to go outside, a starry-eyed teen cellist risks leaving her apartment to win the love of the rebel punk next door.” Featuring a cast full of Broadway alums including Annie Golden, Rebecca Naomi Jones, Marc Kudisch, Sarah Stiles, Taylor Trensch, and Tony Vincent, all the episodes are available on the Broadway Podcast Network and other podcast platforms.

“From Shakespeare to alumni-written audio plays and musicals,” audiences are treated to audio storytelling from the Kansas State University Theatre program. K-State Theatre is innovating in the midst of a changing landscape for live theater. Like several other theater podcasts, Kansas Theatre Works also offers discussions that give listeners a rare glimpse behind the scenes.

This one has a bit of a different twist—while it doesn’t deliver actual plays, Steppenwolf Theater’s Half Hour is named after the time in which all the actors get ready in their dressing rooms, and it aims for a conversational tone as members of the ensemble and others discuss hot topics in the theater world. While there appears to be no new episodes since September, if you’d like to listen in to actors backstage having open chats, this one is definitely worth a listen.

Audio plays are turning out to be more than a stopgap measure in the COVID era—they’re making the most out of being in each listener’s ear. Even with live plays returning, it seems theater enthusiasts can look forward to complementary podcasts that elevate audience engagement and allow listeners around the world to get deeper insight into the dramatic performances that thrill them.