Three childhood friends who loved Halloween, haunted houses, and scaring one another. Years later, they morphed their hobby-turned-obsession into a podcast that revolves around building haunted houses.

For hosts John Schelt, Leslie Reed, and Keoni Hutton, Halloween—complete with dressing up, candy, and parties—has always been the favorite holiday. They grew up together in the same hometown and were high school classmates. John and Keoni go back even further, to sixth grade, where they decided they could build a better haunted house than the wimpy one down the street.

Keoni laughs: “This has been a passion of mine ever since fifth grade when I visited someone else’s haunted house and was not very terrified. Looking back, I’m sure my 10-year-old could do better.”

The next year, Keoni and John joined their competitive spirits to scare trick-or-treaters in Keoni’s front yard. Ultimately, that became a passion, and come high school, they enlisted Leslie into the mix.

“Leslie started off by throwing water balloons at us. We eventually convinced her we needed her makeup skills, too, and that’s when she joined us. She handled the makeup for the scary characters,” Keoni says.

Fast forward through college, and then “adulty” things like graduate school and jobs. With jobs came income, which meant they were finally able to really indulge their hobby. As John states, “We were able to be legit. Our builds became bigger and bigger and more elaborate. The haunts became themed—Walking Dead, Batman, the Arkham Asylum, Dr. Strange, and more.” 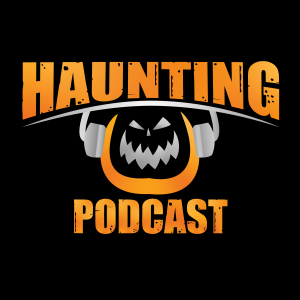 After several years, Keoni’s job transferred him, taking him out of the area. While they could no longer build together, they realized they had gotten pretty good at their craft. That’s when they realized that one of the ways they could stay connected was to start a podcast to teach other homeowners how to build haunted houses.

The Haunting U podcast was born.

“The haunt industry is exploding right now,” Keoni shares. “It’s threatening to take over Christmas as the number one holiday with regard to how much money is spent every year. It’s a really cool time to be part of the industry.”

The podcast itself follows a format. It doesn’t drop an episode every week or even every month. It’s cyclical, but the strategy is purposeful.

“So as we have built out this podcast, we have really immersed ourselves in the haunted attraction industry—which is an industry. I visited haunted houses when I was a kid, and it gave me ideas that I could then incorporate into mine. But we’ve learned much more about the business of running haunts. We attend conventions and report on them. West Coast Haunters and Fear Expo are some of our favorites.

“What we found is the industry itself has a cyclical pattern that runs throughout the year. You have the hot season, which really starts in September and goes through October when the haunts open. After that, everyone takes a breather for like a month and a half. And then it’s back into convention season, wherein the industry highlights all their new products. They’re taking orders and building stuff until about mid-summer. And then you’re right back into build season, constructing the haunts. As we learned about this cyclical nature, we structured our podcast in the same way. We talk about Halloween in October—about what we’re doing and how we’re executing our haunts. We then typically do a recap episode—here’s how the season went. Here’s what we learned and all the ways that we failed, so hopefully, our listeners don’t fail in the same way,” says Keoni.

For the hosts of Haunting U, the build is a process that works. Listeners get to eavesdrop on their creative process as they plan the next year’s build. What will be the theme? The costumes? How will they incorporate new technology? How will they build bigger and better each year?

For the three friends, the podcasts allows them to stay connected around something they enjoy doing. As Leslie says, “By continuing the podcast and showing how we are growing our relationships within the industry and the changes we’re making to the haunt, we are showing people that they don’t have to do the same thing every year. We can keep doing what we’re doing and bringing in different aspects of things we’re learning. And it really is a way for us to continue working toward our goals while bringing our audience along with us. They can take away from it whatever they want… even if they’re just listening because their favorite part is our banter.”

And banter they do! Enjoy the Haunting U podcast, and soon, your home haunt will be the envy of the neighborhood!

UTR: You Haven't Heard This Music