How many little girls grow up dreaming about becoming a movie star? How many teenage girls hung posters of Justin Bieber on their walls? I’m guessing more than a few!

I admit that, while I never desired to be a star, I did have dreams of being in show business.  And up until my thirties, I read People, Soap Opera Digest, and US Weekly to get the latest scoops on the celebrities I admired.

Then came Facebook, Periscope, and Instagram. Suddenly, the world was connected—the lives of celebrities became accessible to all. Fans no longer had to wait for the next magazine issue or watch Entertainment Tonight or The Soup for updates.

During this time, Emma Diamond (24) and Julie Kramer (22)—co-hosts of the Comments by Celebs podcast—were sorority sisters in Alpha Epsilon Phi at Syracuse University. Their sorority had an ongoing group text for their members’ reactions and feedback to the reality series, Keeping Up With The Kardashians.

Fast forward to 2017, when the Instagram algorithm changed to highlight verified celebrity comments. Emma began taking screenshots of comments celebrities made to one another to share with Julie. The pair found it so funny, Emma thought others might be interested in seeing them as well. So, she created the Comments by Celebs IG account and asked Julie to be her partner.

The friends made a pact to not tell anyone what they were doing until their IG account reached 80,000 followers. Although surprised by the growth of the account, for one year, Emma and Julie kept their secret from their parents, friends, and sorority sisters.

Comments by Celebs exploded after Kelly Ripa mentioned it on Live with Kelly and Ryan.

Now, the CBC account has more than 1.4M followers, including Kelly Ripa, Chrissy Tiegen, Lisa Rinna, Gwyneth Paltrow, and Arnold Schwarzenegger. (It should be noted that Emma and Julie are both fans of “The Rock,” and eagerly await his following of the CBC account!)

What makes their IG account so enticing? Emma and Julie have made a conscious decision to stay away from negativity and gossip. Focusing on positivity and humor, they’ll even go as far as to ask a celebrity permission to post if they feel a post may be questionable.

With such rapid success, it was only a matter of time before the Comments by Celebs podcast was born.

When asked how the podcast began, Emma explained what an easy transition it actually was. “Julie and I have always communicated via voice notes. It was natural for me to record a 20-minute voice memo recapping a night or telling a story and send it to her.”

Interestingly enough, when Emma and Julie were approached by Betches to do the podcast, neither were fans of the medium. They would really only listen in if there was a particular guest they wanted to hear.

But with the launch of the CBC podcast, they became immersed in the world of podcasting.

And their show is unique.

For example, when they feature guests, the pair ask the guest to co-host the episode with them. They often include a game like Dinner Party, in which the hosts create a dinner party with their ideal guests.

Guest host of Episode 1? Kelly Ripa, of course! At one point, there was even a theory circulating that Kelly was actually a part of the CBC team—one that has long since been debunked.

Another unique aspect of the ladies’ podcast is that they record “emergency” episodes based on what is happening with celebrities. For example, when the news broke about Meghan and Harry choosing to step back from their royal duties, Emma and Julie recorded an emergency episode with guest host Elizabeth Holmes. In it, they provide history, intrigue, and context for the cultural significance of the announcement.

Sometimes, Emma and Julie will watch a documentary (individually), like Justin Bieber’s Never Say Never, and then discuss their reactions on the podcast. Julie, who freely admits to being a Justin Bieber fan for as long as she can remember (her first concert was a Bieber performance) finds it especially exciting to now have a platform to discuss all things Bieber. 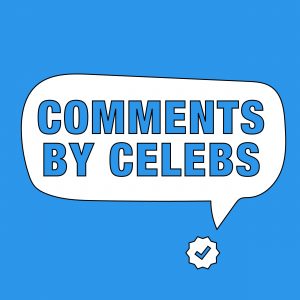 The two don’t stop there! They also record the bonus “Keeping Up With the Kardashians” episodes. Julie transcribes the majority of each episode, and then, they discuss it scene by scene, explaining what happened and providing their analysis.

Unlike the young girls with stars in their eyes, Emma and Julie are both content as observers of celebrity culture rather than active participants. It’s not their dream to become celebrities themselves or attend red-carpet events.

“We really do enjoy being spectators,” Julie said. “I think that a lot of people in our position would take a lot more advantage of it. We don’t have any desire to be in the spotlight.”

They believe their listeners love hearing stories in a way that makes them feel like they are experiencing the event themselves while sitting at home in their pajamas—as fans.

The friends shared and primary vision is to make celebrities relatable to non-celebrities through humor, integrity, and building relationships. In fact, their tagline is, “Because even famous people love famous people.”

Putting their graduate degrees on hold so they can focus on building their brand, Emma and Julie have been interviewed by Glamour, Entrepreneur, Elite Daily, Vanity Fair, Buzzfeed, Cosmopolitan, and US Weekly all in the last year.

Currently with the media company Cadence13, Emma and Julie giddily agree that their number one dream guest host is Jennifer Aniston. Others include 15-year-old Charli D’Amelio, who skyrocketed to 30 million followers on TikTok in three months, Rhianna, Beyonce, and any Kardashian!

While CBC appears to be geared toward those interested in pop culture, it’s worth looking under the surface.

Emma sums up their vision by saying, “The podcast isn’t just for pop culture enthusiasts, because one of our strengths is that we have a really good ability to clearly break down stories that people may have interest in, but just don’t know where to start learning about. Another of our strengths is being able to compile the facts, understand what is relevant, and deliver in a way that is easy to process, understandable, and appealing. We try to make our information interesting to people who already know what we’re talking about as well as to those who have no idea. I think that it can be intimidating if you feel like you’re not ‘in the know,’ and one of our goals is to try to make it relatable and digestible.”

When Emma and Julie joined their sorority, they never dreamt that their shared passion for the Kardashians would lead to a beautiful friendship and a successful new media empire.