“Welcome to the relaxation study. This 10-cassette series will guide you toward relaxation, focus, and total body awareness. Listen to these guides with authorized headphones from the institute’s security team.” (quote from Within the Wires note to Elizabeth)

Imagine tuning in to a series of relaxation tapes, in which it is slowly revealed that you (the listener) are trapped inside a medical institute … seemingly against your will.

Or, maybe you find yourself visiting a variety of museum art exhibits while the accompanying audio guides tell the story of a missing artist.

Or, perhaps you are eavesdropping on a series of dictations between a boss and his secretary that unveils a political thriller.

Or, maybe you’re listening to letters from a mother to her daughter who is running an anti-government commune.

All of these scenarios are slices from the same universe—a world that somehow both resembles ours, and doesn’t. 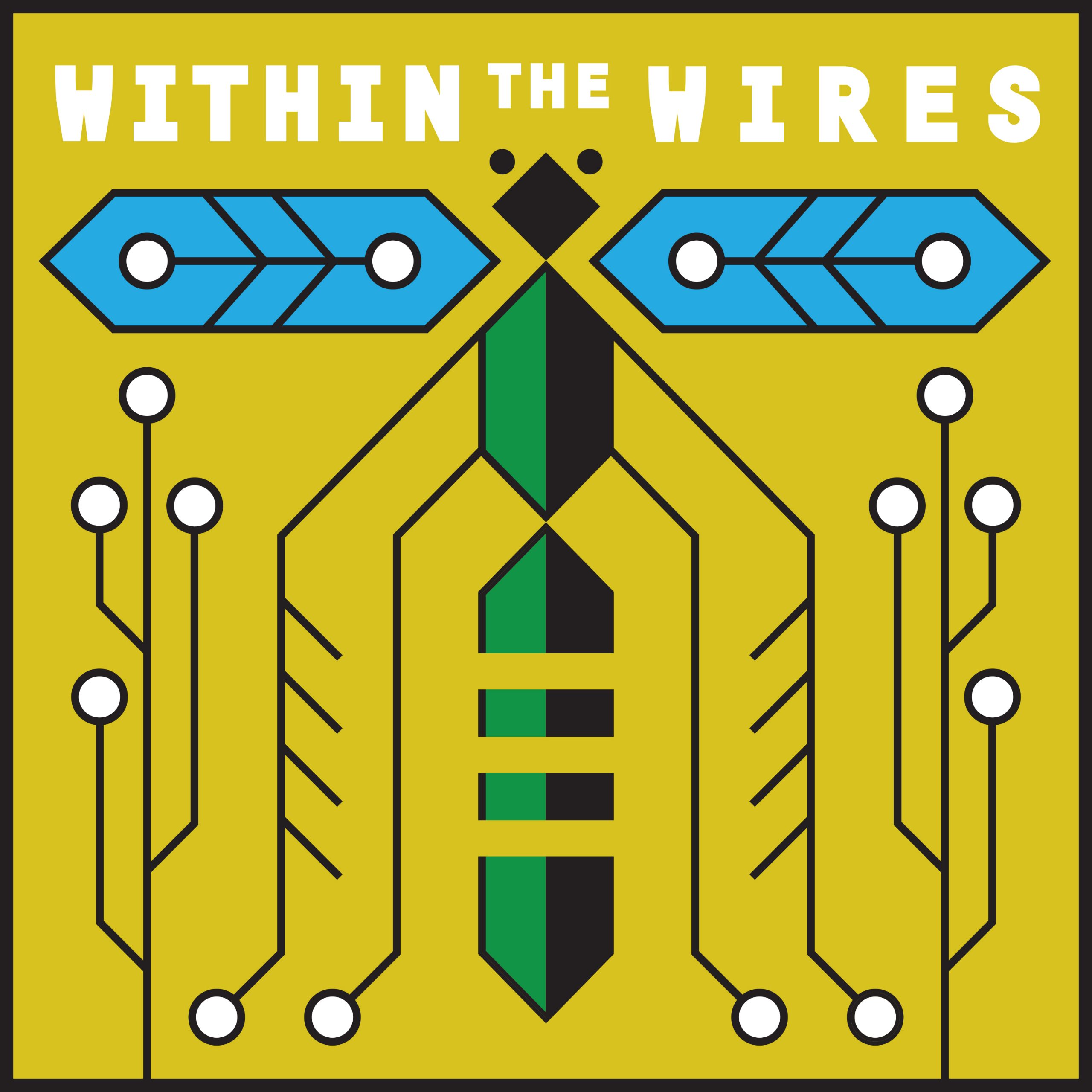 A world that, on the surface, seems peaceful and happy … but just underneath that surface lies an undercurrent of disturbance.

And the more you listen, the more the pieces start to come together, forming a picture of a time and place that is actually quite unsettling (even borderline creepy).

“Within the Wires is what we refer to as an ‘immersive fiction’ podcast—all the narration for the show is done in the style directed at a specific listener,” Cranor said. “So, for example, when we (my co-writer Janina Matthewson and I) started the show in 2015, we did a whole 10-episode season that is basically a 10-cassette relaxation exercise designed around a listener looking for that type of guidance. We incorporated visuals and breathing exercises and things like that. And what we built into it was a storyline in which the person who’s listening is a prisoner in some type of medical institution, and the person creating the tapes is coating the language as such to create an escape route to help that person out of the institute.

“The art of creating a universe, then destroying it, then creating it again and destroying it, in this constant state of fire and rubble and reconstruction is, I think, a really fun way of telling a story.”

Cranor, who first shot to fame when he co-created the ground-breaking podcasts, “Alice Isn’t Dead” and “Welcome to Night Vale,” first got the idea to create a story around relaxation tapes from collaborating with his wife on some theater pieces.

Rather than have the dancers dance to music, they instead “danced” to the sound of Cranor’s voice walking them through visualization exercises. “Sort of like a new age-y relaxation thing,” Cranor explained.

“I thought it would be really fun to have more room to play with this concept,” he continued. “Just as an audio medium. To tell the story while subverting that concept … have the listener treat it almost like a puzzle and put the pieces together him or herself.”

This wasn’t the first time Cranor was inspired by the theater, either. Single-person storytellers like David Sedaris, Holly Hughes, and especially Spalding Gray were also big influences:

“Anyone who could stand in the center of the stage and command a level of attention and create a whole world [inspires me],” Cranor said. “Especially in the case of someone like Spalding, who could create a whole world with no visuals. A lot of times, his ‘performances’ were just him sitting at a desk with a glass of water telling the story. And they were so vivid and bright.”

The single-storyteller format is something Cranor relied heavily on when he created all his fiction podcasts. This is not only because it keeps costs down and makes it easier and faster to bring the shows to market (less moving parts and people to coordinate), but also because he didn’t want to go the way of “radio drama,” choosing instead to focus on storytelling.

“Oftentimes, a single storyteller is the easiest, most intimate, direct, and personal way by which you can connect with the listener. And having that level of connection also helps the storyline.”

This format can also help with clarity, which is really important for podcasts. “There are no visual touchstones,” Cranor said. “I can’t show someone; I have to tell them. If you tune out for any second of an audio podcast and the writing doesn’t do something to bring you back into it, it becomes easy to sort of get lost. I’ve heard audio fiction podcasts where there’s so many moving parts, that’s what ends up happening.”

Even though Cranor prefers the single-storyteller format, he has fallen in love with a few higher-budget, “radio drama” types of production, including The Shadows and This Sounds Serious.

Right now, Cranor is currently working on the script for season five of Within the Wires, to be released in August 2020. He’s also adding more episodes of Welcome to Night Vale to the mix, while creating a brand-new podcast that’s “bigger” in scope of his other projects.

You can check out Within the Wires and all of Night Vale Presents’ podcasts on iTunes, Sticher, and all your favorite podcast hangouts.

Glynn Washington: The Cult Of Personality