February is Black History Month, and news of the world and how it impacts the Black community in America has never been more important.

2020 brought global recognition to the Black Lives Matter movement. The murder of George Floyd and multiple others at the hands of White police were captured on video, and the racial injustice that has been around for centuries took on new significance. BLM protests were held for weeks across the nation, calling for an end to police brutality.

2021, though, starts a new era and a promise of change with a new President AND the first-ever female Black Vice-President.

What You Need to Know is a daily three-to-five-minute podcast that highlights five pertinent news stories on issues listeners need to know about: “News reporting that cuts through the clutter to get to the issues that matter. The perspective you need from a voice you can trust.”

That voice is Sybil Wilkes, formerly “The Voice of Reason” on the Tom Joyner Morning Show.

In a climate of ‘fake news’ and stories with hidden agendas and “spin,” Sybil strives to provide a clear and concise breakdown of the stories that matter most to her listeners. She covers a broad spectrum of timely topics, from the news in Washington to how pets help people overcome depression during lockdown to the latest stories on police brutality and racial discrimination. When you seek the truth in bite-size bits while being informed and entertained, Sybil gives you What You Need to Know.

A graduate of Northwestern University, Sybil received a Bachelor’s of Science in Political Science and Communication Studies. She started in radio as a news reporter in Florida before moving to North Carolina to host an overnight radio talk show with 13 listeners—her mom and 12 friends, she has joked. The show aired between midnight and 5 am and never picked up much traction, so she moved back to Chicago and landed on a show with Tom Joyner. After a few years, Tom said the infamous words, “I’ve got an idea,” and from there, the pair moved to Texas to be on one of the first syndicated Black radio show in the U.S.

Wilkes co-hosted the Tom Joyner Morning Show for 25 years before Joyner ended it in 2019 due to changing dynamics of radio and listeners moving to other formats like podcasting. She not only delivered the news, but provided information and entertainment with honesty, integrity, and accessibility, earning the trust of her nationwide audience. 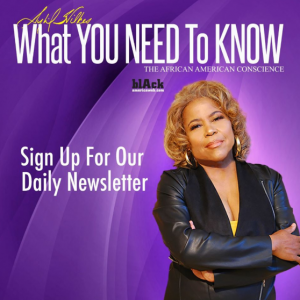 In 2020, Wilkes nurtured her love of staying involved and connected with her audience by launching her news podcast, What You Need to Know. She now appeals to over three million African Americans who listen to podcasts each week as well as others who have come to love her style.

But Sybil doesn’t stop with just the daily podcast; she has a newsletter by the same name, and she also goes in depth every week or two with Stephen Hill and other guests on the stories that impact her listeners most during special “HaHa’s to A-Ha’s” sessions.

And just in case listeners can’t get enough of her daily “need to know,” she also goes live on Facebook every Monday through Thursday with featured comedians and celebrities to make the news fun and entertaining. Her main focus is in asking her guests their take on what is happening in the news and how the news of the day affects them and their communities.

Wilkes has not just been behind the microphone, but also in films like Madea Goes to Jail. As a celebrated radio personality and journalist, she has received a number of accolades, including an honorary doctoral degree from Bennett College in Greensboro, NC, and The President’s Award from the NAACP Image Awards. She was also the national ambassador for the Susan G Komen Circle of Promise Campaign.

One of the highlights of her career was interviewing Barack Obama.

There is something to be said about this show in this particular moment in time. Wilkes uses her platform to inform, educate, and inspire with more than just recaps of the news. She also provides wellness tips, Yogi’s daily inspiration, and Black history facts.

Wilkes lives by the biblical saying handed down from her parents:

“To whom much is given, much is required.”

When Sybil isn’t working on her show (which includes introducing a “Big A” word of the day), she spends time on her other interests—politics, photography, and sports. While she is no longer doing her book club, she is an avid reader and uses the power of podcasting and media to promote not only higher education, but voting rights, and to make a positive change in the world.

There are people who may disagree with each other, but we all have to co-exist.

With a little bit of news, a lot of humor, and summaries of what’s going on in our world, those looking for something different will find it in What You Need to Know.

“Be informed. Be empowered.”