This month, we’re celebrating our love of podcasting by presenting our picks for top influencers in the podcasting space. Whether inspiring, informing, and/or entertaining, each has made unique and powerful contributions to the medium. Congratulations to all! Without further ado …

Ashley Carman, The Verge: Reporting on the podcast and audio industry since 2018, Ashley is a senior reporter for The Verge and the lead writer for the Hot Pod newsletter that delivers news, analysis, and opinions on the audio industry. Along with writing for The Verge, she is also the host and producer of the podcast Why’d You Push That Button? as well as the YouTube series In The Making

.Colin Thomson, Kast Media: Colin is the founder and CEO of Kast Media, a fast-growing production company for premium podcast content that “amplifies conversations and stories through multi-channel podcasts.” Their mission? To entertain, inform, and inspire. Kast’s slate of shows reaches over 13 million, making them one of the fastest-growing networks and publishers in podcasting. Recognized as a leader in both audio and video simulcast podcasting. 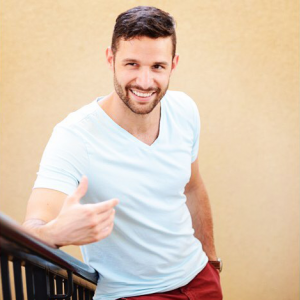 Conal Byrne, iHeart Digital Audio Group: Conal is CEO of the iHeartMedia Digital Audio Group, which includes the company’s fast-growing and high-profile podcasting business. Through his leadership over the operations and performance of the iHeartPodcast Network, Conal has grown iHeartMedia to number-one podcast publisher globally status, according to Podtrac. That includes 750 original shows amassing more than 253 million downloads a month. 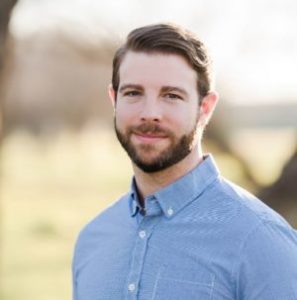 Dan Franks, Podcast Movement: Dan is the co-founder and President of Podcast Movement, one of the largest podcasting communities. When it began in 2014, his goal was to create a vibrant event “for podcasters, by podcasters.” Today, their flagship conference is widely recognized as the “ultimate annual destination for diverse speakers, education, networking, and groovy parties.” Throughout the year, Podcast Movement also offers expert tips, industry resources, and a curated daily newsletter for creators. 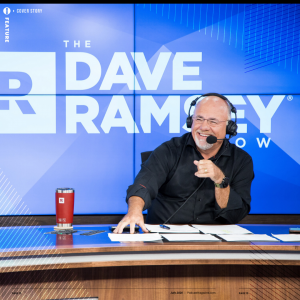 Dave Ramsey, Ramsey Solutions and The Ramsey Show: Dave, a financial advisor and New York Times best-selling author, created Ramsey Solutions in 1992 to provide financial counseling and education. It is now heard by more than 20 million listeners each week on over 600 radio stations and digital platforms. In addition to hosting The Ramsey Show, Dave has also built a podcasting network of shows that collectively offer a daily dose of “real talk about life and money.”

Dawn Ostroff, Spotify: Dawn, the chief content officer and advertising business officer at Spotify, aims to help make Spotify the most-listened-to audio network. To do so, this female leader in the entertainment industry strives to ensure Spotify users have “the best experience finding and listening to podcasts.” Growing the podcasting medium has remained one of her top priorities, and she focuses on “supplying shows that can’t be found elsewhere.”

Dollie Bishop, The Black Effect Network: MTV veteran Dollie is the driving force behind this network created by radio personality Charlamagne Tha God in partnership with iHeartMedia, overseeing the network’s team of producers and editorial direction. It is widely recognized as a destination for content for Black listeners produced by Black creators. Created expressly to foster conversations around social justice, pop culture, sports, mental health, news, comedy, and more and led by some of the most prominent voices in Black culture, the network had garnered over 147 million downloads in less than a year.

Donald Albright, Tenderfoot TV:  Donald is an entrepreneur who has spent the last 20 years working in Atlanta’s music industry. In 2016, he partnered with Payne Lindsey to launch Tenderfoot TV and their award-winning true-crime podcast, Up and Vanished, which became a viral sensation and international news story after influencing two arrests in a decade-old cold case. Tenderfoot has since produced a string of number one podcasts on the Apple Podcast charts, generating over 650 million downloads. Donald also serves as Chairperson for The Podcast Academy.

Erika Nardini, Barstool Sports: Erika is the first-ever CEO of the media magnate Barstool Sports. Since joining Barstool in 2016, Erika has spearheaded the company’s growth by launching over 60 brands, including number-one podcasts in sports, golf, and hockey. ​​She is “a digital innovator, disruptor, and seasoned executive on the cutting edge of content creation, distribution, and monetization of premier and culturally relevant content.”

Frank Sasso, New Pod City: With a gift for locating, fostering, and growing talent, Frank is the founder of New Pod City—home to some of the best podcasts in the indie sphere. He helps aspiring podcasters find their voice and established podcasters to take their show to a whole new level. With a background in animation, this generous, humble host offers listeners innovative tips and tricks, as well as some of the best editing in the industry via his hosting company.

Gary Vaynerchuk, The GaryVee Audio Experience: In addition to running multiple businesses, Gary documents his life as a CEO daily via social media channels that have accumulated more than 34 million followers and garnish over 272 million monthly impressions/views across all platforms. His podcast, The GaryVee Audio Experience, ranks among the top podcasts globally. He is a five-time New York Times best-selling author and one of the most highly sought-after public speakers.

Ginni Saraswati, Ginni Media: Ginni is an award-winning journalist and the leading host of her multi-award-nominated show where she shares real, inspiring, and hilarious stories from guests all around the world in pursuit of one common goal: helping listeners align with a happier, healthier, more abundant life. She’s also the founder and CEO of Ginni Media, a podcast production agency on a mission to support and foster different and diverse voices.. 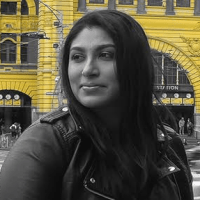 Jen Sargent, Wondery:  Jen, a successful entrepreneur and exec with 20+ years of digital media experience, is currently the CEO of Wondery, a premium podcast publisher known for their “immersive storytelling” via hit shows such as Dr. Death and Business Wars. According to Podtrac’s annual ranker, Wondery was behind seven of the top 10 New Podcasts of 2021. Passionate about expanding the global pie for podcasts, Jen has been featured on Business Insider’s The 100 People Transforming Business list.

Joe Rogan, The Joe Rogan Experience: Joe is widely recognized as the most popular podcaster in the U.S. He launched his first podcast in 2009 and achieved 16 million downloads within six years. His interview-based show continued to grow in popularity, and despite his often-controversial takes on the world, it took the industry by storm and culminated in an exclusive Spotify deal worth a reported $100 million—one of the largest licensing agreements in the industry.

Kintan Brahmbhatt, Amazon: Kit, General Manager of Podcasts (Director) at Amazon Music, “lead[s] product, engineering, operations, editorial, and content strategy/teams for podcasts and the future of audio.” He is responsible for directing Amazon’s effort to add spoken word content to the Amazon Music app. He also led Amazon’s acquisition and integration of both “Wondery, a leading podcast studio/network, and ART19, a leading provider of hosting, publishing, and monetization tools for podcasters.” 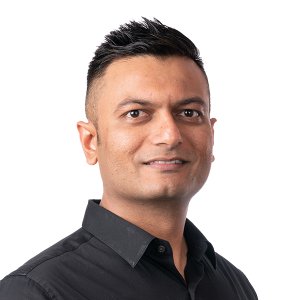 Kit Gray, PodcastOne: Kit is the co-founder of PodcastOne, the nation’s largest podcast network and home to more than 200 celebrities, athletes, and podcast stars. One of the first to recognize the potential of the podcast medium, he then developed a network-talent partnership model that has since been emulated by many major broadcasters. In 2012, he partnered with Norm Pattiz, founder of Westwood One, and together, they built a company that is changing the world of digital audio. 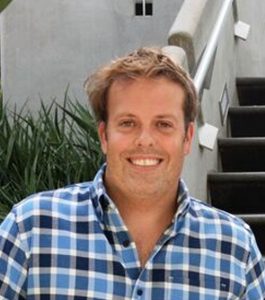 Laura Joyce Davis, Shelter in Place: Laura, founder of the Kasama Collective, is an award-winning fiction writer, Fulbright scholar, and the host of Shelter in Place—an award-winning non-fiction narrative podcast. Both her podcast and writing are grounded in the conviction that “changing our communities begins with changing ourselves.” Via personal essays and well-edited interviews, Laura guides listeners in re-imagining life through creativity and community. Described as “captivating,” Laura is known for putting her heart and soul into her podcast.

N’Jeri Eaton, Netflix: N’Jeri, former NPR programming manager and Apple exec, is the first head of podcasts for Netflix. She guides Netflix’s podcasting efforts, including hiring hosts and producers and working with outside creators. She has self-described as having an “obsession” for storytelling.

Steve Wilson, QCode: Steve, former Apple Podcasts exec for 15 years, is the Chief Strategy Officer at QCode, an “award-winning storytelling company specializing in scripted fiction podcasts.” A veteran of podcasting, he discovered some of today’s most popular shows and hosts, and he remains one of the most sought-after thought leaders in the industry. 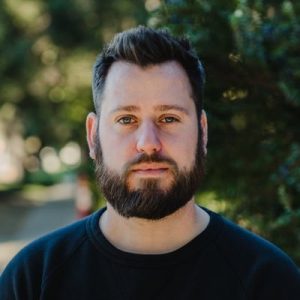 Suzanne Grimes, Westwood One/CUMULUS MEDIA: As President of Westwood One, Suzanne oversees the Cumulus Podcast Network, the fifth largest in the U.S.  She also leads strategy, content, operations, and monetization for Westwood One—the largest audio network in the country. In her role as EVP for parent Cumulus Media, she oversees marketing for the leading audio-first media and entertainment company, delivering premium content to over a quarter-billion consumers monthly. Suzanne has a record of successfully growing media brands and optimizing value across multiple platforms.

Tanner Campbell, Podcasting Sucks!: Podcasting since 2010, Tanner is an expert in the medium who has worn the hats of audio engineer, studio owner, live sound engineer, top 100 podcaster, writer, speaker, teacher, and growth and monetization consultant. His passion is “in helping independent podcasters succeed in making a living from their creative output.” He offers podcasting advice to his listeners each weekday, and is known for going above and beyond for his listeners.

Living in your 20s can be challenging in this day and age. Living in New York