“If you are on the right path in your life, you are walking the Red Road,” explains Lew Hastings, creator and host of The Red Road Radio Show—a  podcast dedicated to covering news, commentary, and interviews around issues, challenges, and successes of indigenous people around the globe.

Inspired by his travel to the Pueblo cliff dwellings as a child, Hastings now continues to visit and learn from the people who live in indigenous communities across the country. He discovered that there was no real mainstream media coverage of issues pertaining to the indigenous people of the United States (or any country, for that matter), so in 2014, The Red Road Radio Show was born. 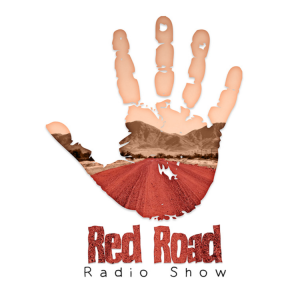 “The Red Road Radio Show started out on AM/FM terrestrial radio and has since gone global via podcasting,” said Hastings.

Among the hot issues of concern for indigenous people is Tribal Sovereignty, Hastings explains. “There are 573 tribes recognized in this country, and a lot of history we are not taught in school… history that is glossed over when it comes to First Nation people,” he says, in part referring to a great deal of historical trauma.

Having met with John Eagle, Sr., Historical Preservation Officer of Standing Rock Reservation to learn about the Nokota horses, Hastings then became certified in equine therapy through Eagle’s organization, Become One with the Spirit of the Horse, LLC.

In 2018, Hastings and his Native Now Foundation joined with the Kuntz family of the Nokota Horse Conservancy and Become One with The Spirit of the Horse, LLC, to help bring descendants of the horses that were confiscated some 137 years ago from Sitting Bull and his people home to the Hunkpapa people of Standing Rock.

Hastings explained how Sitting Bull and his people were forced to surrender not only their weapons, but their beloved horses:

“This was a significantly impactful and traumatic experience for the indigenous people of the time—especially the Plains Indians,” he said. “They relied on their horses for transportation, to hunt, to have the ability to fend off invaders… the horse was more than a beast of burden. It was a relative. They truly felt that these horses were sacred, and part of their families. So, giving them up and becoming, you know, ‘reservation Indians,’ if you will, which is the term that was used at the time, was very traumatic. There are generations of people in that community who never knew what it was like to have that freedom of movement and camaraderie with the horse.”

Today, the Nokota horses that have been successfully returned to Standing Rock play an important role in the lives of the Hunkpapa. Some are central components of programs that help veterans with PTSD to reconnect with themselves and society. Others work directly with the younger generation to help prevent suicide, addictions, and domestic violence, a three-fold problem on reservations. “I couldn’t be more proud to be a part of it,” Hastings said.

While Hastings has interviewed hundreds of indigenous newsmakers ranging from musicians to tribal leaders, there is one podcast episode that stands out in his mind—his live reporting of the Dakota Access Pipeline protest. The pipeline was installed above the drinking water intake for the Standing Rock Reservation. Hasting recalls, “It was below freezing, and hundreds of people came from everywhere to support the Standing Rock Reservation. It was the largest gathering of indigenous nations in history!” Yet somehow, it wasn’t being covered on mainstream news.

“The Water Protectors were praying while the Morton County Sheriff’s Department employed military-style weapons and vehicles. They were shooting the people with water cannons. In the freezing weather, they were dousing the people who were armed with nothing but prayer with water.

“We were actually doing a play by play of what we were seeing on this live feed, and it was so surreal to be able to experience it live right there as it was happening. And I think we stayed on the air for two hours that night, just to keep covering it, but it went on all through the night. And it was horrifying. Subsequent interviews with people who were there on the ground were probably the most impactful podcasts I’ve ever done.”

The Red Road Show has aired more than 150 episodes and continues to share and amplify the voices of indigenous people around the world.