We zoom in on a small, enclosed space. A dark, womb-like space with walls of metal, where a small figure lies curled, appropriately, in a fetal position waiting to emerge as if he was the main character of a show about to be born.

As a child, did you ever dream you were someone else? Perhaps you had an entire inner fantasy where you were a famous ballerina, or rock star, or star of a famous show.

If that intrigues you, you don’t have to wonder any longer. The Orbiting Human Circus has got you covered!

Produced by Night Vale Presents and WNYC Studios, created by musician Julian Koster, and featuring John Cameron Mitchell, Susannah Flood, Drew Callander, Oscar winner Tim Robbins, and more, The Orbiting Human Circus follows the story of a lonely young janitor (also named Julian) who lives at the Eiffel Tower. He has no idea how he got there, but he is struck by the fantastical, magical, surreal show that broadcasts from the ballroom, and longs to be a part of it.

“Julian [Koster] comes from a background of making albums, and he was always finding interesting ways to tell stories,” said Christy Gressman, executive producer of The Orbiting Human Circus. “So, while we certainly draw upon this great tradition of audio drama and radio drama that’s many, many years old, we also like to think of The Orbiting Human Circus as a concept album—or a riff on the concept album. It’s the blending together with that great tradition of audio storytelling that can be so beautiful and so intimate.”

Gressman explains the idea of the concept album as not necessarily musical, although The Orbiting Human Circus does have musical elements.

“It’s incredibly and carefully produced, and lovingly crafted,” she said. “For instance, we use a lot of historical recording techniques and analog technology. We use a wire recorder from the 1920s. We use a 1930s RCA ribbon mic. We’ve used the 60s AMPEX tape machine. After we get that beautiful analog sound, we then translate it back to digital.”

Along with creating a really big, broad, visual cinematic sound design, Koster wanted to tell some of the story with sound. 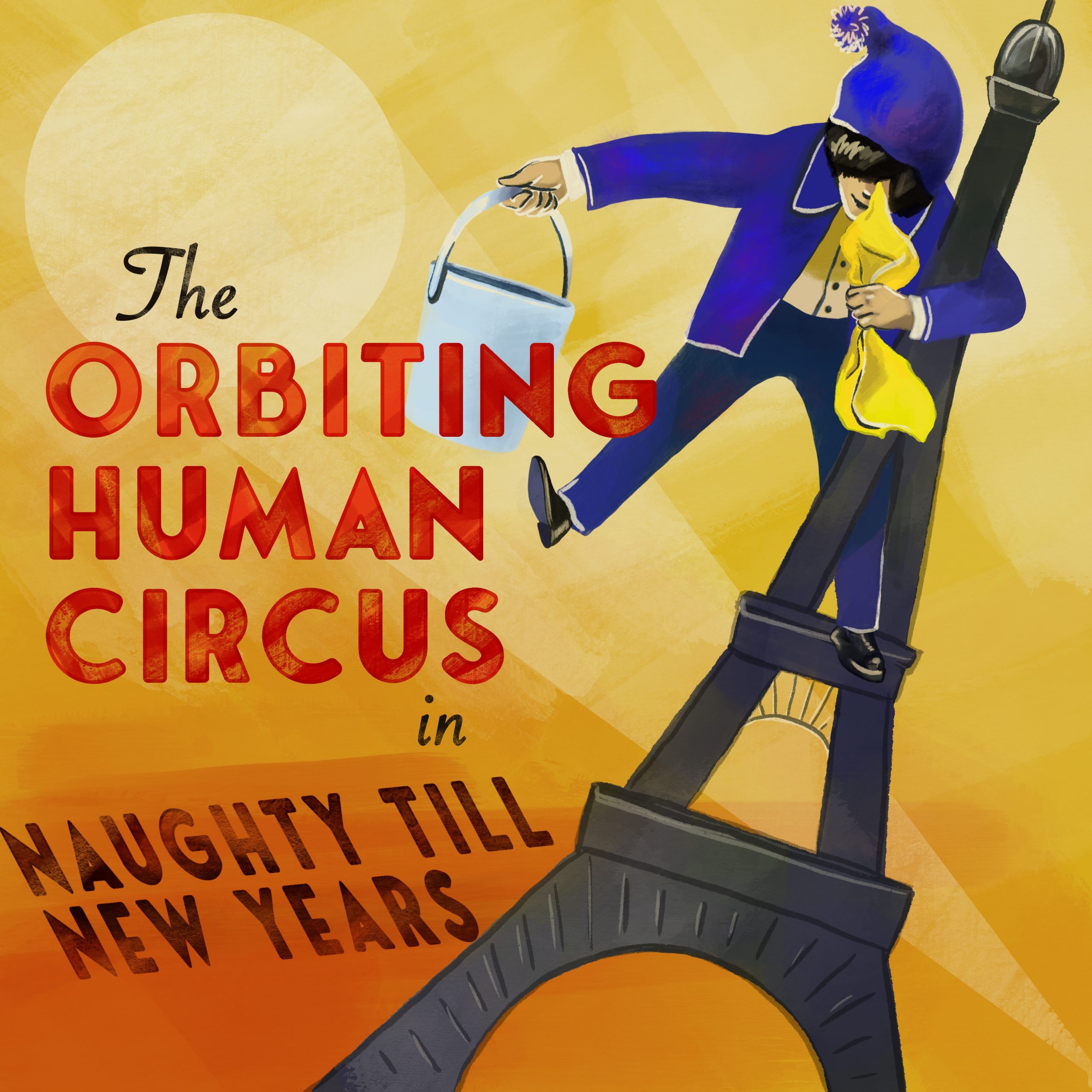 “Something we’ve done in the show, and in a number of sequences, is to animate using just sound design. So, there will be a sequence of action that is completely (or mostly) conveyed with just the sound design. For a podcast listener who might be used to hearing talk-show style shows, this might be challenging at first, because it might require a bit more of your attention and focus. But you know, I propose that once you get into it, you will want to give it that sort of focus, because it will (hopefully) suck you in.”

Even the process of creating The Human Orbiting Circus is unique. Rather than starting with a storyboard and writers, it all starts in sound.

“We’ve been playing with the process a little, because even though we do have scripts, we’ve really diverged from writing scripts first. Instead, Julian in particular has been just ‘painting’ with audio. So, whether that’s recording the actors and doing an edit of what they improvised, or playing different characters and using that as a foundation for a script, there’s been this process of diving in and working just in audio first. And then, sometimes we transcribe that and construct a script for an actor. It comes from working in audio first.”

Even though Koster was the initial creator, it’s now become a team project. “Those who work on our show are incredibly talented people. Of course, as the writer, The Orbiting Human Circus first came out of Julian’s imagination. And it is very much him. But the team is incredibly important, too. As we like to say in the credits, it was developed with the cast and crew. This huge, incredibly talented team came together and created this energy and brought all of these wonderful talents to it. It took shape when the group took shape.”

Part of that taking shape originated from the image of the janitor and the Eiffel Tower Koster originally had.

“That image was a really captivating one for Julian. He and John Cameron Mitchell, a very dear friend of Julian’s (who is also the voice of the ‘narrator’ in Julian the character’s head), just started playing with the characters… improvising and imagining how they could develop them and their relationships, the story, and the rest of the world they inhabited. ”

“Of course, there is no ballroom at the top of the Eiffel Tower in this reality, but, in that one, the show is the most popular radio program in all of the world. Julian the janitor remains backstage, longing so desperately to be a part of the show. So, we follow him and the mystery surrounding the ballroom throughout our first season.”

One of the major themes of the show is how painful it is to be lonely. “The only people the janitor interacts with at the Eiffel Towner are his boss, Mr. Canard, and the person who becomes his only friend—Coco, the night watchman.”

“Our hope is that people who are new listeners don’t have to necessarily go back to square one, but can start from the beginning of that particular set of episodes” which, again, lends itself to the album concept.

The beauty of fiction podcasts is how magical and unique they can be. What would happen if you turned the process inside out, starting with the audio, and using sounds as your paintbrush? That’s the essence of The Orbiting Human Circus.

How Does it Sound? Fundamentals for Quality Podcast Sound