Born in Queens, New York, “Dr. Diva JC” (as she is affectionately referred to) started her podcast in 2008 as a service of Women in Jazz South Florida, Inc. (WIJSF)—a nonprofit organization that promotes women musicians globally.

Covering an eclectic mix of topics related to jazz and the musicians who play it, Dr. Cartwright often features members of the WIJSF who compose and perform their own music. Commenting on the motivation behind the creation of the show, Dr. Cartwright said:

“For 40 years, I toured the world as a jazz and blues vocalist. I worked with hundreds of musicians in five continents and 22 countries. I sang all over Europe, all over the United States, and in South Africa and Ghana. But, when I came home from Europe in 1996, I realized that I had worked with only six women musicians—three of them in New York before I ever left. So there were only three after that: one from Holland, one from Germany, and one from here in Florida. I saw the lack of support available to women, so in 1997, I began to organize Gaia Fest, which was a celebration of Mother Earth, and that grew into developing the Jazz Women Directory, which is on WIJSF.com, to support women musicians. ”

Musicwomen Live! is the broadcast platform of WIJSF that enables women musicians to be heard globally—especially women who compose and perform. 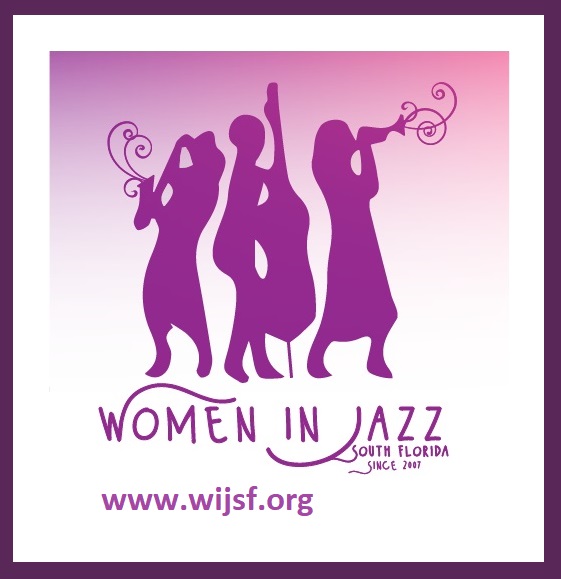 “There are plenty of women who write music but don’t play an instrument. They write lyrics, yes… but I’m looking for instrumentalists who create songs on their instrument,” Dr. Cartwright explained.

Over the years, she’s produced 300 episodes—at first, each two-hour show included the playing of a female artist’s entire CD. Now, she plays only two songs by each guest, and follows it with an interview of about 30 minutes in length.

Sometimes featuring male musicians as well, Dr. Cartwright said, “Because men love those women, too!” And, in the rare case that she features a non-musician, she opens the show with her own music, or that of her daughter’s.

Dr. Cartwright—the only woman in the world with a jazz and blues songbook—shared the reason behind the mix: “Jazz is a child of the blues. The blues gave birth to jazz!”  She’s recorded 11 such songs, which are available online.

Considering herself as a primarily jazz musician, Dr. Cartwright was unsure of where the jazz influence came from for the longest time. It’s funny how the subconscious mind leads you on the right path… and that’s exactly what happened with her:

“I started out singing chants in Catholic churches. I went straight from that to jazz, because my father had all the jazz records—it was the popular music of the day, where I grew up.

“At age four, I was dancing and singing with Bernice Johnson’s Dance Studio. Her husband, Budd Johnson, was a famous saxophonist from Kansas City. He would babysit me between the time my mother dropped me off and Bernice picked me up for dance school until I was eight years old. He would go down in the basement and play his horn. I was internalizing scatting and didn’t even know it! By the time I was 27, I was a bebop singer, but I didn’t know where that came from either. Then one day, I ran into the Johnsons on an elevator in a club in New York City, and it all came back to me in a flash. I put the pieces together…”

Dr. Cartwright also credits her “wonderful” piano teacher in Philadelphia, where she earned her music degree from LaSalle University, for her musical influence. “I didn’t get any more degrees,” she said, “but I’ve written more than 60 songs.”

Some of those songs include “Talking That Jazz,” “Lonely Blues,” “No Love,” and “Blues Medley.” She’s also written songs for the likes of Freddie Hubbard, who recorded her “Sweet Return” for Atlantic Records in 1983 with the Cool Jazz All Stars.

Her favorite guest featured on her show so far? The 92-year-old Jeannie Cheatham, who played with the Sweet Back Baby Blues Band alongside her husband Jimmy Cheatham. She wrote the song titled, “Meet Me With Your Black Drawers On,” as well as the book by the same name.

Members receive a subscription to Music Woman Magazine, a newsletter, and various other services. They also publish CD compilations from women who submit a song for a fee. Those featured get a lot of publicity in the newsletter and on the website, as well as opportunities for collaboration.

When it comes to Dr. Cartwright’s personal inspiration in the way of fellow jazz singers, she said:

Not bad… being compared to two of the greatest voices of all time!

The Orbiting Human Circus: A Tale of Loneliness and Desire