Take an eight-year-old boy, throw a stick into the ground, and watch them both take root and grow.

That’s precisely what happened with Joe Lamp’l, who has literally been growing his love of gardening ever since the stick he threw as a boy took root and grew leaves. “Helping” his dad in the garden, Joe was hooked—he became fascinated with all things green: growing, rooting, and planting. He played, practiced, and made mistakes, and he loved every bit of it.

“At that point, I really didn’t know what I was doing. But I was learning all kinds of stuff. One thing led to another, and I wanted to learn more,” says Joe.

Joe grew up in Miami, which provided him with a great opportunity to pursue his hobby throughout a long growing season. His love and passion for plants continued, and he planned on majoring in horticulture in college. His mother wisely suggested he might also want to pursue a business degree, since there is generally more opportunity for business majors. After graduation, he was glad he listened, and went on to pursue a career in the financial industry.

The business career didn’t last long, as Joe never lost sight of his love of horticulture and his training. Eventually, the green world called to him, and he started a side gig as a horticultural consultant.

Joe’s public career began in a bit of a roundabout way. He wanted to find volunteer opportunities around Atlanta, and decided a good way to do so would be to become a certified Master Gardener via a local extension agency. About that time, a potential new start-up home and garden magazine was looking for writers, and Joe agreed to write a monthly lawn and turf article. As it happened, HGTV sent an email out to home and garden publication editors looking for a host for a new television show in the works.

HGTV had specific requirements; among them, the host needed to be a Master Gardener. The concept was to show the viewers how to grow food from seed to table. The magazine editor thought Joe fit the bill and set up an introduction.

As Joe explains, “I’d never been on television before, but I watch all the Saturday morning gardening shows [on HGTV.] I remember thinking, ‘I know everything they do and probably more! I can do this!’” 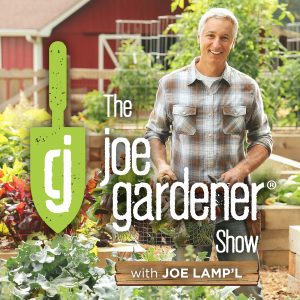 Joe was screen-tested for the show. When he received the script, he felt “silly” practicing, so he decided to “wing it.” They ended up doing take after take, and no one offered any feedback at all. Joe had no idea what the outcome would be.

Several long months later, Joe stood on set in a field in south Atlanta to host the new series, Fresh From the Garden. It ran for three years, only going off air when they literally ran out of food to grow!

“I loved the format of the show. It was brilliantly created to show people how to start a garden and grow something from start to finish. We just ran out of things to grow that people could eat—we had done it all. But I was finally able to get rid of my suits by giving them to Goodwill!”

After Fresh From the Garden, Joe hosted GardenSmart, a PBS show featuring Joe’s tours of public gardens around the world.

But from there, Joe decided he wanted to develop his own television show and have more editorial control. His goal? To teach viewers about organic gardening methods and being environmentally responsible.

In 2010, he launched Growing a Greener World.

By this time, Joe had also heard of podcasting. “Audio is my first love in technology,” he says. “I’ve always loved audio. So I was intrigued by how I might use podcasting to complement what I was doing with my television show.”

Joe hired a teacher to show him the podcast ropes, but after 37 episodes, the time commitment was just too much. “With all the demands that came with being in the public eye, I just didn’t have the time to create the quality I wanted. I had to let it go for a while.”

Several years later, Joe returned to his audio “roots” with The joe gardener Show. He just recently celebrated his 200th episode with guest Monty Don, the world-famous gardener from the U.K. and host of BBC’s Gardeners’ World.

“Having the podcast is a great way to reach a very engaged audience of passionate gardeners of all levels around the world. I knew I wanted to bring the podcast back, but to be successful, I insisted on good audio. I’m an audio snob. With my background in television, it was important to me to have good production value.”

Consistency matters to Joe, too, so he committed to doing an episode a week. He combines his horticulture background and expertise with interviews with experts in the industry, asking the questions he knows his listeners would ask.

The joe gardener® brand has also expanded to The Online Gardening Academy, in which students can learn about all aspects of gardening, from the fundamentals to the soon-to-be released “Epic Tomatoes” classes. Combined with his podcast and television shows, the encyclopedia of gardening information Joe has made available is surpassed by none.

The awards and opportunities Joe has earned are simply the icing on the vegetable garden for spending a lifetime pursuing his passion.

“I’m lucky. This is my passion, and now my profession… and it has been for decades. I’m hoping for more decades to come.”