As a young boy in Fort Wayne, Indiana, Rob Lohman felt at home.

He remembers summers at the lake, surrounded by friends and family, as times of fun and togetherness—exploring, growing, learning—and life was good.

But all that changed when his family moved to Fort Worth, Texas, when Rob was just nine years old.

Although his “goofy, class-clown,” loving personality remained, inside, Rob felt lost… like he never fit in.

Even as a child, he was already walking the path of disconnection, perpetually searching for something to fill the void. His Christian faith, instilled in him by his family, wasn’t it, but alcohol and drugs were.

By age 15, Rob was going to bars with a fake ID and beginning his foray into trouble with the law, but with rich friends and a host of enablers, Rob didn’t face consequences. Despite his own awareness of how alcohol was causing problems in his life, nothing made him stop: not the blackouts, or watching his friends get into serious trouble, or lying to his parents, or ultimately drinking and driving after getting his license.

By his senior year, Rob quit the swim team, because it was “interfering with my drinking.”

Upon graduation, Rob’s dream was to be like his “Boppa” (his nickname for his grandfather) and become a Doctor. He began his college adventure in pre-med.

During his freshman year, he was almost expelled following a moment of jealousy involving a girl he liked, during which he put his elbow through a window in the stairwell before going back to his room to “finish drinking.” Ultimately, the matter was dropped, and again, he faced no consequences.

What Rob really learned was how manipulation can help him cover his tracks.

On graduation day, with his entire family present to witness this “first in the family” special occasion, Rob didn’t even know if he’d actually graduate. His Biology professor informed him that he could, despite having done nothing all year in that class.

Full of shame and guilt for squandering his parent’s money on an education he didn’t value and “unworthy of anything good,” Rob did not pursue medical school. Instead, he moved to Vail, Colorado, under the guise that he would get a “big boy job” when he returned. He kept his promise and went into banking and real estate—just like his father.

But the next couple of years weren’t smooth sailing, either.

By this point, Rob had obtained his MBA. Secretly, his internal visions grew darker and darker: suicidal ideations and intense blackout scenarios.

On June 7, 2001, while drinking with friends in a noisy bar, Rob suddenly heard dead silence and the words “You’re Done!”

He turned to his friend, said, “I’m done drinking,” left the bar, went home, and proceeded to lift a 350# barbell with the intention of dropping it on his chest.

The whole time, Rob knew he did not have the strength to lift or replace the barbell… yet he did.

“I felt the presence of God come through my dog Jake in that moment, for he started nudging my legs, right as I unhinged my elbows.”

The next morning, Rob “divinely dialed” his mother while intending to call his aunt, who had 25 years of sobriety. His mother, who had been waiting years to receive that very call, listened to her son confess that he could not stop drinking or gambling and needed help. This admission was the first step.

The next day, his aunt took him to his first Alcoholics Anonymous meeting, which ironically took place in the back room of a bar.

At two bottles of Scotch per day, Rob never went through one moment of physical withdrawal, nor did he ever have a craving to drink again.

And while Rob became “Mr. Recovery,” immersing himself in the 12-step program, he really wasn’t “doing the work”—he was simply “working the steps.”

Having moved back to Vail, Colorado after working in a couple different areas, Rob really had no clue what he wanted to do. There he met his current wife, Jen, and they married just six months after meeting in 2006. The couple suffered a miscarriage right away before going on to have two children over the next four years.

Without a steady income, Rob decided to open a Farmers Insurance Agency. Over the next few years, he felt disconnected from himself once again, and his suicidal ideations returned. He was also self-harming—punching himself in the head when he felt intense emotions.

By October 31, 2011, Rob lost the agency and was a “wreck inside.” Both he and his wife were stressed beyond capacities.

On the evening of February 14, 2012, Rob went into “obsessive-compulsive mode,” burning “piles of clutter” on their covered patio. The fire grew out of control.

He “ripped” his wife from her bed, gathered and dressed their children, and walked out the front door, causing a backdraft that not only exploded the patio, but that literally melted the entire first floor.

With the self-awareness of “What did I just do?” racing through his mind, Rob crafted a cover story for his wife, the police, and fire investigators. He claimed some “punk kids” were vandalizing homes in the area and must be responsible. A few weeks later, he shared with his wife what he could remember: that he’d suffered from a “whiteout”—a condition whereby a person is entirely conscious and awake but can later remember very little to nothing.

In June, four months after the incident, Rob failed a lie detector test and openly confessed to police. However, they continued the investigation and would not actually arrest Rob until six months later, when they charged him with 19 felonies and 13 misdemeanors.

Through a series of divinely guided interventions, Rob’s enormous bail was reduced by 75%, and he faced only two felony arson charges that carried the potential of 56 years in prison!

Rob was sentenced in July 2013 to 13 years in prison. Once again, divine intervention—the judge was guided to suspend one sentence and required Rob to complete just five years. Ultimately, Rob completed that sentence in 10 ½ months due to yet another series of divinely guided interventions.

During his 10 ½-month incarceration, Rob connected to himself, finally discovering who he is in his recovery, within his faith, and as a person, father, and husband.

He was officially paroled on April 15, 2015 and certified as an Interventionist by December 2015. In January 2016, Rob Lohman opened his business: Lifted from the Rut. 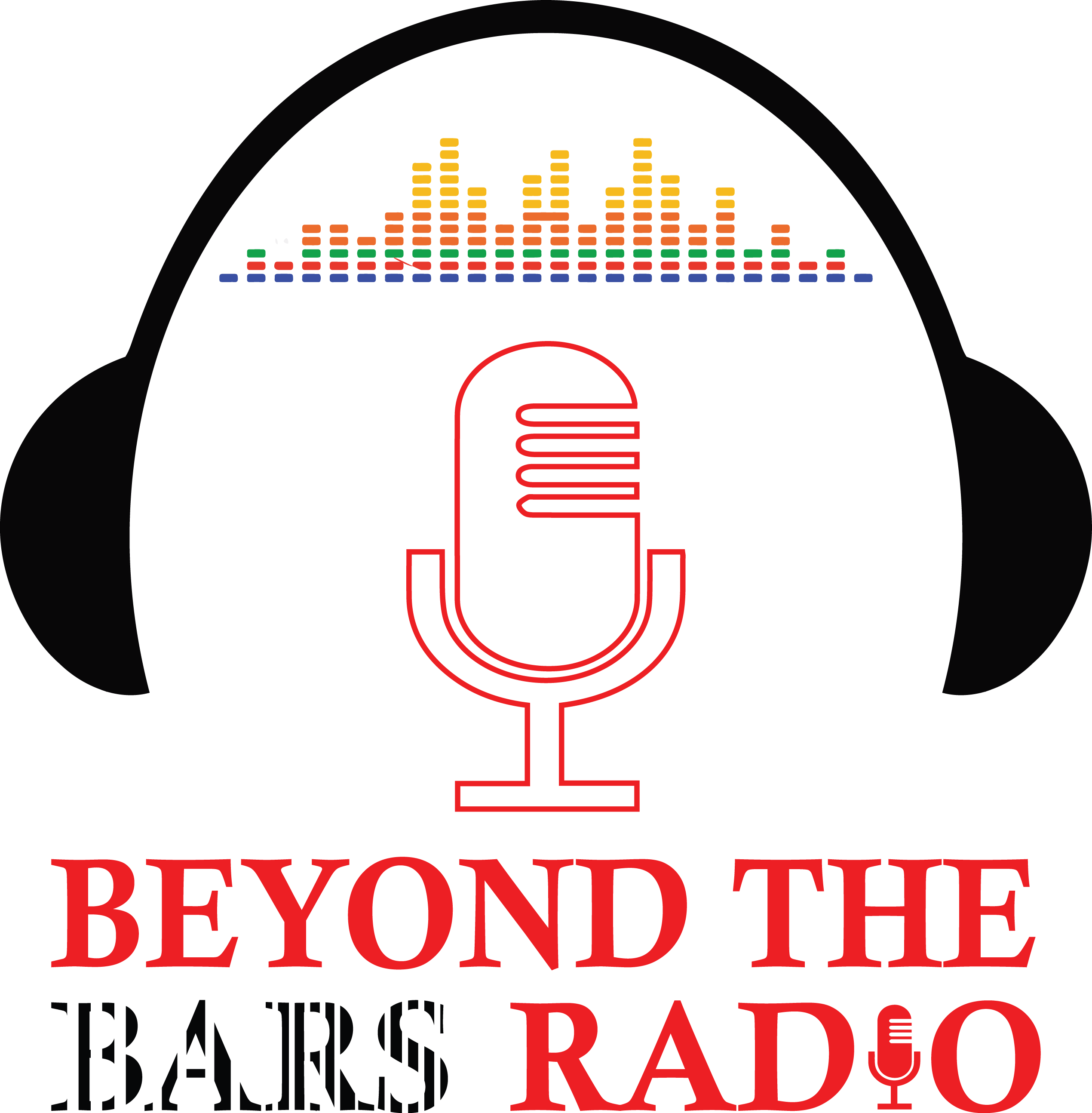 Still dealing with process addictions, Rob continued to gamble up until just two years ago. He went on to host two addiction awareness events, which led to his introduction to a woman who owns the Mental Health News Radio Network Podcasting Group. From there, Rob launched his podcast, Beyond the Bars Radio Podcast, in August 2018—just one month after his probation ended.

By late 2019, having published only 50 episodes and done very little marketing or advertising, Rob checked his downloads for the first time. He saw well over 10k.

Now, as an in-demand Interventionist and Recovery Coach, podcast host, and host of an Internet TV program called Lifted from the Rut Live, Rob helps politicians in Colorado craft and pass laws that support incarcerated individuals to deal with restitution issues that were, in and of themselves, destructive in an equitable manner.

Rob came to embody his own philosophy:

“The past does not define us—it only shapes us into the people we are becoming.” This is clearly evident by how he’s taken a series of destructive choices and turned them into that “big boy” career he promised…

… one that is truly impacting the lives of 1000’s, and hopefully over time, millions.

Rob’s personal mantra became a lifeline for him as he learned to forgive himself:

“Un-forgiveness is like drinking poison and waiting for the other person to die—there’s so much beauty in a world of forgiveness.”

Rob Lohman is the epitome of someone who has lifted himself from the rut and literally stepped beyond the bars into a life of Faith, Love, Community, and Service.

Under The Radar: Afford Anything

Hal Elrod: Elevating The Consciousness Of Humanity, One Person, And One Morning, At A Time