At heart, Dave Ramsey, CEO of Ramsey Solutions, is a “radio guy.” On air for almost 30 years, The Dave Ramsey Show is the third largest talk radio show in America and syndicated across more than 600 terrestrial stations.

Given its ‘traditional’ broadcasting roots and ‘old media’ success, it might come as a surprise to some that The Dave Ramsey Show, and the myriad podcasts on its proprietary network, collectively best nearly all other podcast networks in download supremacy.

Yet, for Dave, having his voice heard via the airwaves, via ‘old media’ or ‘new,’ was never the driving factor for dispersing his teachings.

“I have always been focused on a single mission: to share a message of hope and empower people—with their money, relationships, careers, parenting… really, anything they need to enhance their lives through personal development. I love the radio, yes. But what I love most is helping people.” 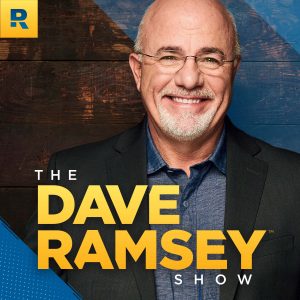 That mission, fueled by a wide array of content, products, programs, and services designed to help those they are most compelled to serve is the true legacy of Ramsey Solutions.

Known for the biblically based, commonsense, transformational education they provide to people of all walks of life, the formidable Ramsey squad of approximately 1,000 devoted team members is dedicated to “work that matters.”

“We exist for the people outside of these walls. And, when you believe in that mission at a soul level, it’s hard to not love your work,” said Dave.

The Ramsey Solutions team absolutely believes in that mission at a soul level. This, in large measure, is the driving force behind the company’s unparalleled success. Named one of Inc. Magazine’s “Best Workplaces for 2020,” and voted among Nashville’s best places to work an impressive 11 times, Dave attributes these accolades to the “incredible leadership” of his carefully chosen team—one that maintains the company’s artfully crafted culture day in and day out.

“We put a lot of effort into finding the right people—people who have a real depth and breadth of knowledge. Their value system has to match our mission. When we find them, we basically consider them to be family. We love and lead them, and the cumulative effect of that diligent process is the often-imitated, seldom-duplicated secret sauce to our success. It’s not about one ‘superstar.’ This is a team effort; we’re all in this mission together,” Dave shared.

It should come as no surprise then, that once brought into the fold, team members are encouraged to play to their strengths. These talents are on full display via a wide variety of podcasts, a significant YouTube presence, and an impressive social media following (one million strong on Twitter and more than two million on Instagram).

Their podcast portfolio, and aptly named Ramsey Network, includes a slew of popular shows, including The Dave Ramsey Show, The Christy Wright Show, The Rachel Cruze Show, The Chris Hogan Show, The EntreLeadership Podcast, The Ken Coleman Show, Borrowed Future, Work Matters with Ken Coleman, and A Message of Hope.

Its flagship podcast, The Dave Ramsey Show, along with many of its other offerings, broadcasts live five days a week from its brand-new, state-of-the-art, architecturally significant headquarters located just outside of Nashville. There, fans from across the globe are able to witness the shows being created first-hand, tour the impressive facility, take photos with the show hosts, and be part of the magic that ultimately reaches more than 17 million listeners weekly across its various distribution platforms.

And, while repurposing the live show into podcast episodes seems like a no-brainer today, it wasn’t always.

When the idea was initially proposed, Dave’s response was not one of skepticism, but rather, unfamiliarity. “I didn’t even know what a podcast was. I remember asking why we needed one,” Dave recalled.

When it became clear that having a podcast equated to reaching more of those who could benefit from their teachings without having to expend additional time or energy doing so, he was immediately all in.

As early pioneers in the medium, they cobbled together hour-long episodes based on what worked well in terrestrial radio, with an eye toward modifying the programming format to cater to those tuning in via this ‘new media’ platform.

These admittedly “naïve” efforts were rewarded handsomely… and people listened in droves.

“We were surprised by the data, to be honest,” Dave shared. “Revenue from the one-hour show was sufficient enough to add a second hour of programming, and then a third. The show, as a podcast, took off from there.”

Took off, indeed. Take their “Borrowed Future” series, for example. Comprising eight episodes dedicated to addressing and providing solutions for the student loan crisis, the show has garnered in excess of one million downloads.

“The beauty of podcasting,” Dave said, “is the direct connection to our listeners. There’s no ‘middleman’ like there is in radio. There’s no ivory-tower filter. Listeners tune in because they choose to, and we can care for them and serve them exactly as we want to. We can also respond to the market much faster and do so in real time.”

Long ago, Dave recognized that, in order to achieve their desired level of success and impact as many people as possible, the public needed to hear more than just his voice.

Christy, Rachel, Chris, and Ken represent a select handful of the many shining Ramsey Solutions’ stars who compliment Dave’s brilliance. Their roster of on-air talent continues to grow.

Ultimately, the goal of every podcast under the Ramsey Solutions umbrella is simple:

“To give our listeners even a single piece of information, or story, or touch them with humor, or a combination of the three,” shared Dave, “that empowers them to believe they can win.

“So many people feel trapped. Our greatest joy is in taking those who don’t believe they have a chance at doing well in this lifetime and showing them the truth—that they have MORE than just a chance of creating a life they’ll love—and making them believe it. That’s called hope.”

And, given the extraordinary times we live in, “hope” is certainly something that everyone—no matter their age, creed, color, political, or religious beliefs—can benefit from.

Stay out of the Muck!