For many of us, it was Porky Pig who introduced us to stuttering, also known as stammering. The original voice actor (circa 1935), Joe Dougherty, was a person who stutters (PWS), and even after he stopped being the voice of the famous cartoon character, the stutter remained.

According to The Stuttering Foundation (www.stutteringhelp.org), more than 70 million people (approximately 1% of the world’s population) stutter. In the United States, there are approximately three million PWS. This speech disorder can begin as early as two years of age, and males are four times as likely to be afflicted than females. While some people stutter for life, others may not. Fluency—the ability to speak without stuttering—is often a source of additional self-internalized pressure for the PWS to work toward.

Patience and compassion go a long way when communicating with a PWS.

When Pedro Pena was five years old, he had a highly traumatic experience with a German shepherd. The dog bit him, and suddenly, he was no longer able to speak. For one year, he was silent, and when he finally spoke again, it was with a stutter.

Pedro recalls how isolated he felt in elementary school. He was bullied and ridiculed, and ate his lunch in the janitor’s closet or behind the school. Pedro shared, “You know, I, I had no friends. I had zero friends growing up, because nobody wanted to hang around with the kid who spit when he spoke and sputtered and muttered and, and had facial jerks and tics and eyes closing and arms flailing.”

From second grade through college, Pedro developed a survival strategy of skipping the first two days of school just so he wouldn’t have to introduce himself in class. Before that decision, he had stood in front of a class and, because “P” was a difficult letter for him, stuttered, “P,P,P,P…” When a bully shouted, “Porky Pig,” the classroom erupted in laughter. From that day forward, Pedro vowed to never put himself in that position again.

In high school, Pedro discovered the drama club. He fondly remembers, “They welcomed me in, and I felt I felt that I belonged. There was no judging. They basically told me that I can do whatever I want if I put my mind to it.” He was asked to play the Cowardly Lion in the Wizard of OZ performance, and he eagerly agreed. But on his way home, his naysayer voice (aptly named “Oscar” in honor of Oscar the Grouch) kept repeating that he had no business being in a play… that he was a failure, and would inevitably crash and burn.

Pedro shares, “I thought, okay, I have people who believe in me. I have people who say I can do this. So, I took that script, and I learned it top to bottom, front to back. For weeks and weeks and weeks, I practiced. And once I got on stage, I tell you, I wasn’t Pedro. I was the lion! And the lion did not have a stutter. He spoke fast, but you know, he didn’t have have a stutter. So I was in a play, on a stage, and I could see the people in the audience looking amazed, with their mouths wide open, because they knew I had a stutter.”

After graduation, people suggested that Pedro could qualify for disability. Instead, he chose to immediately join the Air Force. Upon arrival at the Military Entrance Processing Center, someone asked Pedro if he stutters. Pedro confirmed. They then escorted him to a private room and left him sitting there, waiting.

“That was a pivotal point in my life. I was pulled aside. And, and that’s when all of your dreams, and all of your hopes of just wanting to be somebody just fall to the floor. I mean, if my heart would have been able to jump out of my chest, it would have. Finally, a captain comes in with a piece of paper. Inside, I thought, ‘Oh, please… this this cannot be my last day in the military. I just got I just got here.’ He gave me this piece of paper and tells me if I can read all the commands, I’m in. There were 20 of them. I said, ‘Okay.’ I mustered up everyone’s positive energy for strength, because I knew if I couldn’t do it, I was going home. And I will have proven everybody who didn’t think I’d make it right. I knew that THIS will not be the last chapter of my life. It turns out that joining the Air Force was the best thing I could have ever done, because I traveled the world, and got to work with people who were wonderful and supportive.”

Pedro has spent many years in speech therapy, learning breathing techniques, meditating, and studying personal development. He shared with me the incredible amount of energy and time many people who stutter spend on just getting through the day. For example, before going to a drive-thru, he may spend up to thirty minutes deep breathing and practicing his order. It may take him 40 minutes to record a voicemail, and he has actually passed out in interviews, on sidewalks, and even cancelled job interviews out of fear. Many nights, he would return home from work and just crash on the couch from mental and emotional exhaustion. 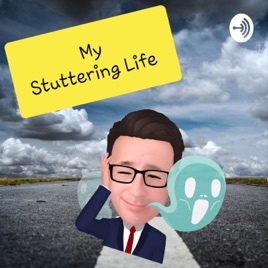 Then, four years ago, after reading books by personal development leaders Les Brown, John Maxwell, and Mel Robbins, Pedro had a mindset shift. “I mean for a lot of us, we had to fight we had to fight every, every hour, every minute, every second. We have to fight. Growing up, I wanted to be like everybody else. I wanted to be with the ‘in’ crowd. I wanted to hang out and be with everybody else. But I couldn’t. I couldn’t. And so later in, in life, I learned I’m different. I’m different, and different is okay. Different is cool. I said, ‘I’m done. I’m done.’ I said, ‘That’s it. I don’t care anymore. I don’t care if I stutter. I don’t care if you make fun of me. I don’t care if you laugh at me, mock me, tease me. I just don’t care.’ And once once I told myself that, everything lifted. I mean, decades of shame, guilt, anguish… everything just left me. And here’s the cool part: once I did that, and said, ‘Okay, Pedro stutters. I love Pedro. I am confident in Pedro,’ everything changed. People tried to tell me that fluency equals confidence. Actually, it doesn’t. I am confident from within.”

Pedro took a giant leap of faith and started a YouTube channel to help other PWS feel less isolated and alone. Ultimately, that resulted in his desire to start a podcast. Again, there were people in Pedro’s life who tried to get him to give up on his dream, saying no one would want to want to listen to someone who stutters on the radio.

Pedro began learning about podcasting anyhow, crediting Dave Jackson’s School of Podcasting and David Hooper of Big Podcast for getting him started on his podcasting path. Two years ago, he recorded the first episodes of his podcast, My Stuttering Life, in his SUV, on his phone! Now, he receives messages from listeners around the world who thank him for his positivity and inspiration.

This past March, after four months of breathing exercises, practice, and preparation, Pedro spoke on stage at Podfest. He admits to being extra nervous, having learned that his mentors, Dave and David, would be in the audience. Still, he triumphed over the fear, and now, Pedro, who was once afraid of being in the limelight, has a bigger goal of becoming a TedX speaker!

Pedro’s podcast features only guests who stutter. And now, thanks to Pedro’s inspiration, two of his former guests have started their own podcasts, as well!

“All those years of growing up with a severe stutter, and people calling you ‘stupid,’ and ‘slow,’ and and people constantly telling you that you’re never going to get a job; you’re never going to get married; you you will never have a career. Just stay home and apply for disability, and that will be your life. I heard that for years and years and years. And, you know, once you hear that, you tend to believe it. But I said, ‘No!’ And with with with podcasting, I am using a new audio medium with an audience from around the world. And to, to, to read the emails from people I don’t even know, from Pakistan, from Brazil, from Australia, that my podcast is their light in, in their dark world. I mean, I mean, that just has a profound, a profound impact.”

Pedro and his podcast are a light for people experiencing stress, fear, and isolation. His courage, humor and creativity will inspire anyone to move forward with his or her dreams and goals!

Isaac Bruce: A Legend’s Journey From Dream to Reality

Every Day Is a School Day! A Guide to Home Projects and Improvement