Who better to write and direct the podcast Murray Mysteries, a gothic-comedy retelling of Bram Stoker’s Dracula, than a PhD student whose research interest is in new media adaptation?

May Toudic, of the creative collective Knöves Storytelling, is passionate about looking at how institutions can include more diversity and help marginalized people reclaim the literary canon.

She explained, “I wanted to create something that was an adaptation online. I initially planned to do a web series, and Dracula stood out to me because there was already found footage in a format with diaries and letters.

“When I was ready to record, it was mid-2020. I figured there was no way I’d be able to get people in the same room to record.”

Fortunately, May had been working on an audio project for a musical with talented people from all around the world. “I knew they have a good work ethic, and I was enjoying working with them, so I decided to transform the web series into a podcast.

“I think that was the best decision I’ve ever made—not just because I got to work with incredible people, but also because the podcast community, the audio drama community in particular, is wonderful, and I’ve met many amazing people through it.”

May’s online friends were also really passionate about the project. She asked those interested to do an audition, of sorts, and recalls the most interesting of them: “I didn’t have a lot of males auditioning, so I asked Tom Magennis, who went on to play both Quincy and Jonathan, to switch between the two. He improvised an entire conversation, and it was absolutely hilarious.”

Another cast member who stands out is May’s beloved Gilbert. “I wanted my cat in the production, so I created a character for him. All of our Patreon tiers have illustrations of Gilbert with different types of knives.” 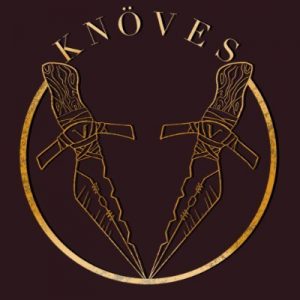 The lifelong fiction writer admitted that although every recording session is lots of fun, “Sometimes, it’s a bit like herding cats. We didn’t have any men in our group after the musical, so real-life boyfriends of the actresses were brought into the Murray Mysteries cast. Jonathan Tilley plays Drac, and Tom Magennis plays both Jonathan Harker and Quincey Morris. Tom is a lovely person, but he’s not the most organized, so sometimes, he would forget about a recording session, and I would have to tell Bebhinn Tankard to, ‘Get your boyfriend!’”

Everyone who has a role in the production lives in a different place. May shared how it all came together. “I’m in Scotland. Some people are in England, and others are in Austria. At the time, still others were in Belgium and Canada. We recorded on video chat. Before we started using Zencastr, which syncs, each person used to simultaneously record on Audacity, and I had to put everything together, which was a lot of work. We thought it was important to record on video chat, so we could feed off each other’s expressions and tones.

“There are a lot of group scenes toward the end, and it was challenging to get five or six people in three or four different time zones to come together at the same time, but it was worth it.”

Ever imaginative, May started writing fiction at an early age. “When I was a kid, I went to all experimental schools, thanks to my very liberal parents. For our weekly presentations when I was nine or 10 years old, I read from a series I had written about my teacher faking her own kidnapping, so she wouldn’t have to come back to teach us. In my story, I said that she asked for potatoes as ransom, because she wanted to make a giant pie.” May’s fictional tale made such an impression that on her birthday, the teacher made a potato pie for the class.

Now in her adulthood, this researcher enjoys watching and writing comedy as much she loves literary web series and audio drama. “My dream is to be like Amy Sherman-Palladino. She’s my favorite screenwriter and creator, and I really like her brand of humor.

“I’ve found that what I really like writing is dialogue, rather than description or narration, so the world of audio drama works well for me.”

Next up for Knöves Storytelling is a non-fiction podcast, which is going to be called Something Queer is Happening Here. “It’s going to be all about finding queer subtext in different pieces of media—books, and so on.”

Another adaptation podcast is also slated to be released soon. “It’s called Morland PI, and it will be an adaptation of the Jane Austen novel Northanger Abbey.

“It will have a very similar vibe as Murray Mysteries, with many of the same voice actors. The main character is going to be played by the amazingly talented Megan John, who played Lucy Westenra in Murray Mysteries.”

It seems Murray Mysteries may be the beginning of a series of adaptation-based dramas that breathe new life into literary classics.