Prior to doing so, he had put the Swedish audio streaming and media service provider on notice due to the controversial information aired on The Joe Rogan Experience about the COVID-19 vaccine.

In a letter to his management team, Neil stated:

“I am doing this because Spotify is spreading fake information about vaccines, potentially causing death to those who believe the disinformation being spread by them. Please act on this immediately today, and keep me informed of the time schedule. I want you to let Spotify know immediately TODAY that I want all my music off their platform. They can have Rogan or Young. Not both.”

Within days of this demand and the pulling of his music from the platform, Spotify lost $4B, and shares dropped 12%. Artists Joni Mitchell, Nils Lofgren, Graham Nash, Failure, David Crosby, Steven Stills, and India Arie followed suit, removing their music, as well. Spotify also lost 19% of its 406 million subscribers, as the hashtag “#ByeSpotify” swiftly trended on Twitter.

Rogan has long been seen as a controversial figure in the podcasting space. A comedian, Ultimate Fighting Championship color commentator, actor, and former television presenter, he launched his podcast in December 2009. It quickly grew to become one of the world’s most popular podcasts, receiving millions of views/downloads per episode. In 2020, the podcasting industry was stunned by the $100M multi-year deal Rogan made with Spotify for exclusive rights to his show.

On January 30th, Rogan apologized for the vaccine/COVID-19 virus content in a nine-minute video posted on Instagram, saying, “I’m very sorry that they feel that way. I most certainly don’t want that. I’m a Neil Young fan—I’ve always been a Neil Young fan. If I pissed you off, I’m sorry. And if you enjoy the podcast, thank you.”

Immediately after Young took his stand, thereby raising awareness about and protesting the vaccine content presented on The Joe Rogan Experience, the spotlight widened, exposing a multitude of episodes that contain racial slurs (including the frequent use of the “n” word in more than 12 years of episodes and one clip referencing an African American neighborhood that he likened to the Planet of the Apes). Light has also been shed on episodes during which Rogan laughed at a guest’s stories of sexual coercion, made misogynistic comments about Angelina Jolie and Lauren Sanchez, used anti-Asian and anti-trans slurs, and denigrated and mocked Jews and the handicapped—specifically, a celebrity with Bell’s Palsy as well as a child with intellectual disabilities.

On February 5th, Rogan subsequently apologized a second time via video post on Instagram, specifically around the “n” word content, saying that it’s the most “regretful and shameful thing” he’s ever had to talk about.

As of February 9th, Spotify has pulled 113 of his episodes containing offensive content—although according to one report in the UK Independent, Rogan, “upon reflection,” was the one to remove the episodes. 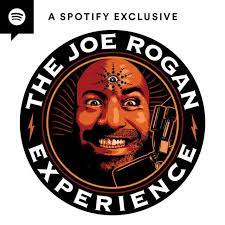 “Not only are some of Joe Rogan’s comments incredibly hurtful—I want to make clear that they do not represent the values of this company,” Spotify CEO Daniel Ek wrote in a memo.

Leveraging the boycott by the musicians, right-wing conservatives and proponents of free speech have been chiming into the controversy and vociferously opposing what they claim is censorship and suppression of the right to express opinions as Spotify stands by its decision to keep Rogan and his show on the service.

A quick search on Twitter reveals the firestorm of opinions across the board, and the fallout happening in real time is resulting in powerplays by major players, including Apple, which positioned itself on January 28 as “the home of Neil Young.” SiriusXM subsequently announced the exclusive return of Neil Young Radio.

On the flip side, CEO Chris Pavlovski of the Canadian online media company Rumble, which has become highly favored by right-wing conservatives and conspiracy theorists and, as of December 2021, partnered with Trump’s TRUTH Social and touts itself as the “neutral” platform, offered Rogan $100M to leave Spotify and move to their platform. The offer via Tweet included a promise to welcome all his content, old and new, sans censorship.

Society and culture have been evolving rapidly, and the podcasting medium has been playing an instrumental role in the shifting of societal norms and the exercising of freedoms to create, express, and influence.

Just a few weeks before Young took action, a meme chart representing a compilation of reports from Spotify and the Neilsen ratings circulated, revealing Rogan’s audience reach—an average of 11,000,000 downloads per episode. This exponentially exceeds the consumption of shows on many major media news outlets, including Fox, CNN, and MSNBC.

What does all this mean for podcasters, podcast listeners, and the industry? Where do we go from here? What can we learn? What are we willing to tolerate, and where do we draw the line? How can we create change?

Deeper still—who can we trust, and how can we know whether the information we receive is, in fact, trustworthy?

If the metrics by which we answer these questions are based upon how much money can be made and how many listeners can be obtained, then on the face of it in this moment, it appears that low-brow, juvenile, racist, misogynistic, mean-spirited, dehumanizing, disrespectful, degenerative, combative, and even extremist points of view are celebrated… and consumed by a substantial segment of the listening audience. Not only that, but in Rogan’s case, he is rewarded by extraordinary compensation.

As an industry, podcasting is relatively new. For the most part, it remains in formative stages. How can our First Amendment rights be honored and upheld, while simultaneously utilizing the power and influence the medium provides in shaping and molding our culture and the legacy we are collectively weaving and leaving for future generations?

What would it take for the industry itself to mature enough to take a stand, consciously choosing to uplift, spotlight, support, and most definitely monetize the good, the true, and the beautiful?

What values does the industry itself want to hold dear?

Do we want to be an industry that promotes freedom of speech (including hate speech) above all else? Or do we collectively want to define some basic human dignity standards and develop and ascribe to a system of values that takes into account respecting differing opinions and points of view without fostering hatred? Without creating and disseminating ‘information’ that may in fact be propaganda, misinformation, fake, dehumanizing, or distorted in service to the almighty money machine that, at present, is being fed while the basest fears and prejudices are pandered to?

To the podcasters behind the mic—as creators, what kind of world do you want to create?


We are at a point now of needing to choose:

Do we perpetuate persecution and polarization, or do we rise to the occasion and create greater and more meaningful connections and conversations in service to the Earth and future generations?

This controversy is giving listeners and creators alike the opportunity to take a look, a stand, and the lead in shaping our society and culture in a way that transcends the polarities, unifies people around common values, and harmonizes our fractured world at a higher level of consciousness.

Like Neil sings in the first two verses of his 2020 song, “Lookin for a Leader”…

Maybe, just maybe… that leader is you.

UTR: This Podcast Will Kill You