An offhand comment at an industry mixer was all it took to light a fire under Ree Ra Yoo, co-host of Books & Boba, to create a way to shine a great big spotlight on Asian American authors. At the time, she was a journalist, and had just left the magazine she was working for.

“This guy at the mixer asked me, ‘What do you do?’ So I said, ‘Well, I’m a writer.’ And he said, ‘Oh, are you an author?’ And I said, ‘No, I write articles and blogs.’ And he said, ‘Oh, I don’t know why I thought you would be… there’s not a lot of Asian American authors.’ I was just so shocked, because I knew a couple of Asian American authors right off the top of my head. I was so furious that he would think book writing is not a field in which Asian Americans would excel or be significant.”

Ree Ra wasted no time. On Facebook, she posted: “Hey, I want to start a book club that focuses on Asian American authors. Does anybody want to join?” Marvin Yueh, the other cohost of Books & Boba—who Ree Ra knew casually but wasn’t close friends with—saw it. He was contemplating starting a new podcast and asked Ree Ra if she’d be interested.

“I said ‘yes’ without thinking about the consequences. I don’t consider myself to be very analytical when it when it comes to books. And I don’t think I’m a very good public speaker, either, so I was kind of terrified. But I did say ‘yes,’ and we’ve been doing this ever since 2016.”

Marvin had been listening to podcasts since about 2009, when his commute times transitioned from morning talk radio to anytime podcasts. And then, around 2015, he was working for a non-profit arts organization that was looking to take on more digital media projects. They were wanting something that wasn’t video-focused, because video projects are a lot of work. As a non-profit, they had a lot of volunteers, but not consistently. So, they were really looking for something a little bit more accessible. That’s when Marvin got started in the podcasting space with a show called The Collabcast.

“The organization I worked for was called ‘Collaboration,’ which is a non-profit that supports Asian Americans in art and entertainment. The idea was to leverage the moments we ‘talk shop’ amongst our community, because usually, it gets pretty interesting. We decided to share these conversations with a wider audience and reveal the things we were thinking about in terms of representation, inclusion, diversity, and basically, how tough it is to break into an industry that seems set against letting Asian Americans be ourselves.” 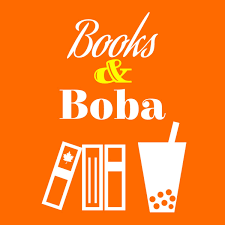 Marvin built a basic rig with a mixer and mics that the organization used for live events and plugged that into a digital recorder to record Collabcast. He did that for about a year before Ree Ra’s post hit Facebook. At that time, he was thinking about branching out.

“I caught the bug and wanted to try putting out new shows… concepts I thought would be interesting. We had connections, too, because I was in the Asian American art space. We already knew a lot of authors, artists, actors, and directors. We wanted to find a way to really create content that wasn’t there already.”

2016 was before the current wave of Asian American representation. Media focus really started to ramp up in 2018 with the premier of the film Crazy Rich Asians and the sitcom Fresh Off the Boat. A lot of misrepresentation and stereotyping was happening during that period as well, and Marvin and Ree Ra, while not directly in the frenzy, were very inspired to start creating content to fight against that misrepresentation—and to illuminate the perceived injustices for Asian Americans in the representation spheres.

Says Marvin: “I was really fired up to carry that flag in the podcast world. Anger is good fuel. Also, I hadn’t read a novel in about 20 years, so it was an excuse for me to get reading, as well.”


With their podcast, Ree Ra and Marvin illuminate the fact that there is a large breadth of authors across genres. They wanted to break through the beliefs that Asian American literature was limited to either Joy Luck Club or Crazy Rich Asians. They help their listeners become aware of authors and writers they might not think of off the top of their head if they aren’t following categories like YA (Young Adult), Mystery, and Crime & Thriller.

Marvin adds: “Not every story about Asian Americans needs to be about the immigrant ennui or struggles, or about pain, right? There are happy stories—stories about joy, love, and even just about people being dumb and in love.”

Ree Ra and Marvin purposefully chose not to have the word “Asian” in the title of their podcast. They wanted to be subtle in furthering the work of breaking the stereotypes people associate with Asian American books and authors. They also wanted alliteration.

“Marvin is a big boba drinker. He knows all the great boba places, and I was just like, ‘Okay, well, I’ll be the books master. And you can be the boba master. And we can make this a thing.’ So, Books and Boba. That was the name we came up with, and so far, people have complimented it. I think it was one of my last choices that I pitched to Marvin, and it seemed to stick.”

Stick it has—after five years of podcasting, Books and Boba, which is part of the Potluck Podcast Collective, is still going strong… as is the book club that they have incorporated as part of their overall platform serving authors, listeners, readers, and of course, boba drinkers alike.