These are the words podcast host and veteran broadcast journalist David Denault heard many times as a former NPR space correspondent covering the space program during the days of Apollo Missions and Moon Landings.

While many think the space program is dead, Denault challenges that belief with his podcast, About Space Today—a news and information show airing every Tuesday about America’s return to space with manned, scientific missions.

Denault weaves current news about SpaceX—a company that designs, manufactures, and launches advanced rockets and spacecraft—with information about planned missions to Mars juxtaposed with special reports about historical happenings from the space program.

In 1978, he was recognized with a Television EMMY Award for his PBS documentary on America’s High School in Israel.

As a correspondent for National Public Radio, David produced and anchored NPR’s Manned Missions to the Moon, and later, SKYLAB Missions to America’s First Space Station, the Apollo-Soyuz joint American and Russian rendezvous in space. His coverage was based from both the Kennedy Space Center in Florida and Johnson Space Center in Houston, as well as anchoring from NPR Studios in Washington, D.C.

He is a distinguished past member of the American Institute of Aeronautics & Astronautics and was a charter member of Sigma Delta Chi chapter (Society of Professional Journalists) at the University of South Florida.

He served as Bureau Chief in Miami for National Public Radio during the Nixon Administration.

David was also a correspondent for ABC Television’s Good Morning America and World News Tonight on many of the national news stories. As part of the press corps, he traveled with former President’s Regan, Nixon, Ford, and Carter and with Vice President Agnew.

Denault’s space memorabilia and legacy collections can be found at the University of Idaho, Moscow campus. 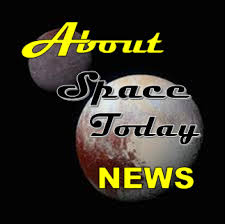 His travels as a journalist have taken him to various parts of globe including England, France, Belgium, Mexico, the Bahamas, Jamaica, Canada, the Middle East, and Israel, where he addressed Israel’s Broadcaster’s Association.

In January, AST expanded its news coverage with a Washington News Bureau, with Rick Potlock as Bureau Chief. Rick, who is also an NPR broadcast associate and good friend of Denault’s, also covered the Apollo Moon Missions, Skylab space station, and Joint US-USSR mission alongside Denault.

The two also share an EMMY for their documentary on America’s High School in Israel.

On April 16, 2020, Denault aired a “Remembering Apollo 13” episode to commemorate the 50th anniversary of the Apollo 13 mission.

Denault, who was in Houston during that mission, recalled how it seemed to be on track for the first 56 hours. But then, at 10:06 pm. EST on April 13, “The power fans were on for the third ‘cryostir’ of the mission, a procedure to stir the oxygen slush inside the tank when we heard, ‘Houston, we’ve got a problem.’”

In this episode of About Space Today’s Special Report, Denault and Rick Potluck discuss the events that shook the world.

Denault’s podcast editing is creative, and his sense of humor comes through as he remembers interviews with the famous men who went to space. He delights in the retelling of a true story about Apollo 11 Lunar Module Commander Neil Armstrong, the first person to set foot on the moon on July 20, 1969.

“His words, after stepping onto the surface, ‘That’s one small step for man, one giant leap for mankind,’ were televised to Earth and heard by millions. But just before he re-entered the lunar lander, he made the enigmatic remark… ‘Good Luck, Mr. Gorsky.’

“Many people at NASA thought it was a casual remark concerning some rival Soviet Cosmonaut. However, upon checking, there was no Gorsky in either the Russian or American Space program.

“Over the years, Armstrong was questioned about the reference, but he always just smiled. Finally, on July 5, 1995 in Tampa, Florida, while answering questions following a speech, a reporter brought up the 26-year old question to Armstrong, and people would finally get an answer.

“By this time, Armstrong felt he could finally divulge. In 1938, he was just a kid in a small Midwest town playing baseball with a friend in the backyard. His friend hit the ball, which landed in his neighbor’s yard by the bedroom window. His neighbors were Mr. and Mrs. Gorsky.

“As he leaned down to pick up the ball, young Armstrong heard Mrs. Gorsky shouting at Mr. Gorsky. ‘Sex! You want sex! You’ll get it when the kid next door walks on the moon.’”