Michael and Josie Herman are the brains behind the award-winning science-fiction mystery podcast, Call of the Void.

“When we started as audio drama beginners, it was easier to cast ourselves as the two lead parts in case we had to redo scenes. We decided to use our friends for all the other characters.”

Across all three seasons, they have ended up with a cast of around 35 people.

Michael and Josie studied theater in school. That’s how they met, and today, they’re married.

“Here in Michigan, there’s an awesome community of theater and film actors. Although none of them had specific voice acting experience, they were really great actors for theater and film, and that’s what we wanted. We were looking for a more real-life sound, rather than an audiobook type.”

Inspired by the podcast Rabbits, Michael and Josie set about creating a show designed specifically for audio.

“We didn’t want to just adapt a play or a film and then just throw it into the audio space.”

With a degree in screenwriting and a lot of writing experience, Michael stepped seamlessly into the world of writing for audio.

And so the work began to bring their experience of New Orleans—the culture and nature of which inspired Michael and Josie—to life. “The people there seem unfazed by living below sea level or facing any other natural threat,” Michael noted.

They did a great deal of research and dug into the Nola culture, as well as the role of tourism within that culture.

Michael pointed out another element that required some attention. “Having noticed that with some shows, listeners don’t know what’s going on for 40 seconds at a time, we incorporated tricks, like indicating naturally within the dialogue a character’s name or location. This way, what’s happening is always clear. It’s not always easy to find the sweet spot, where you make the scene flow well while ensuring the audience knows who is speaking and is clear on what’s going on.” 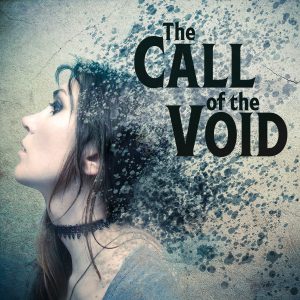 The couple’s studio was their home base, where they recorded and directed the actors, who fortunately, were all in Michigan.

Josie fell in love with the idea of directing while in college. “I love working with actors. In this pairing, I’ve always been more of a director. Michael’s more of the writer, though we sometimes work on the script, and Michael gives direction,” she added.

Michael credits Josie for putting emotions aside and being a humble director who focuses on helping everyone work together like a well-oiled machine, so the story shines through.

He added, “I have to compliment Josie, because her directing doesn’t stop in the room. It carries through to the sound design. Even things like the sound of footsteps are intentionally placed.”

The couple has found that actors have good instincts. Michael explained, “Some of our actors throw out some improv. And although it’s always unexpected, it’s also always great.”

They are proud of what they’ve created, especially season three—but Michael acknowledged their bumpy start.

“As we were feeling our way through our early episodes, feedback—even constructive criticism—was somewhat helpful, because it flagged when an actor was speaking too quickly or where something was confusing. So, we knew we needed to clarify certain elements a bit better. As painful as negative reviews are, sometimes, they are helpful.”

Josie recalled, “We did all the audio editing and the sound design. We had no experience with those areas, but that’s the fun part. At first, we sat there feeling overwhelmed with a ton of sound files, but we put one foot in front of the other and figured it out.

“We never would have gotten to where we are now if we hadn’t just started. I think it’s important for artists to just jump into the water.

“You can’t wait until you’re perfect to make art, because you will never be perfect. You learn and improve while you’re doing it.”

The couple revealed some key components of their creative process. “We use a card method. Early on in the writing, we jot down ideas onto notecards as fast as we can. The idea is not to judge anything… just start to get some content to piece together.”

The pair also pays attention to the inner journeys of the characters. They ask each other questions like, “What is this character really looking for in life, and what journey can we take them on to find it?”

Michael and Josie explained, “All of our characters have their own struggles as well as things that we’re dealing with. We wanted to make sure that all of the arcs we’re taking the characters through and the plot lean toward a satisfying ending.”

What’s next for the creative couple?

“We’re stepping back into the film world, to produce our first feature film together,” Josie revealed.

With their drive and passion for making beautifully crafted stories, this creative duo’s talents will surely continue to impress their ever-growing audiences.