His voice can be heard in mediums ranging from voice overs for animated films and shows, even as in a recent episode of the Simpsons (appropriately as the character Loki, the Viking god of mischief) and as Gutsy Smurf in the Smurfs (notice the kilt).  As an Audible hall of famer, his narrations have won acclaim over the years. His fanciful narrations can be heard on a wide range on genres from his own New York Times bestselling memoir, Not My Father’s Son, to Shakespeare classic, Macbeth, and children’s adventures series of Kenny by Tony DiTerlizzi. 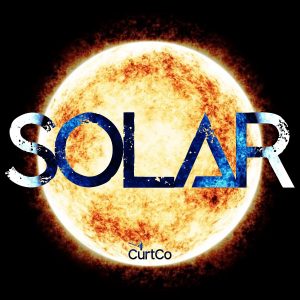 Solar is about the crew on a space station before and after a solar flare. The sci-fi adventure Solar explores the journey of the spacecraft crew members fighting for survival following a disaster on board the ill-fated Aethon, a manned solar research mission. The mission is designed to study the gravitation time distortion around the sun. As painful memories, forgotten dreams, technological challenges and blunt realities collide, the crew must work together to keep their hopes alive in the face of growing darkness. Each episode takes listeners on a sonic thrill ride that examines the vastness of the human spirit.

Also releasing in June, Hot White Heist, a story about a bank heist with a special twist, in that this is no normal bank, but rather a sperm bank. Cumming credited the excellent source material in Hot White Heist and the “huge array of great performers like Baldwin and Bianca Del Rio and Cheyenne Jackson and Jane Lynch” to inspired comedy. This round his production company working behind the scenes. He marveled at how it was “fascinating to see the sort of the back end of everything and to work with really great sound designers” to create the finished product. 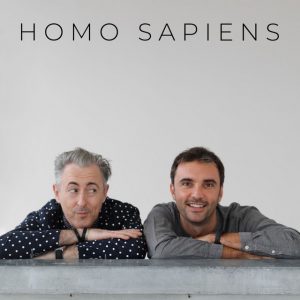 His expert ability to move between the creative mediums is impressive as can be seen from his extensive resume. One need only browse his website (which he also uses to keep track) of his catalog of projects over the years to see his agility. Among those skills in his ability to adapt from his Scottish brogue to the American accent depending on character and context. From narrating audio books to reading characters for animated shows from the Simpsons to feature films, his voice is “everywhere.”  Cummings enthusiasm for the rise in the podcast medium and the audio narrative is apparent. “I love radio, the use of the imagination that sometimes is lacking when you can see and feel everything.”

Not one to be slowed down or shy from a challenge even in lockdown. He recorded numerous audiobooks, podcasts and Zoom plays in 2020 from his home studio. Occasionally, forced to use quilts over his head as a sound buffer for rain to contain the perfect acoustics. His versatility and ability to adapt across mediums is a clear attestation to his skills as an actor. Cummings described the asynchronous production of an audio drama in that the “the most challenging thing is rhythm and tone and sort of pace.”

UTR: This Podcast Will Kill You