Kenny Bolin is a born salesperson. He was able to combine that passion with his love of wrestling in his dream job—independent pro-wrestling manager.

Kenny’s gift of gab is what makes him one of the best in his industry… considering he grew up watching Jerry The King Lawler on television and is a huge fan, this isn’t surprising. He dreamed about being a professional wrestler, and at 12 years old, he had the courage to approach Lawler. The two became friends.

Surprisingly enough, Jerry never knew Kenny had dreams of becoming a professional wrestler… despite the fact that Kenny’s best friend, Jim Cornette, photographed the shows. Kenny had planned on Jim managing him someday.

“Jim never told Jerry, in over 45 years of their friendship,” Kenny said.

So, Kenny worked a day job, never imagining he would actually be in wrestling. One day, he was shopping at Service Master, and so was legendary promoter Nick Gulas. Kenny went right up to him and said, “‘Nick, my name is Kenny Bolin. I am good friends with Jerry Lawler and Jim Cornette.’ Nick then asked me if I wanted to wrestle, because he was opening up a TV promotion in Nashville. I said, ‘No, I want to be a TV commentator and manager.’ He hired me, and the rest is history.” 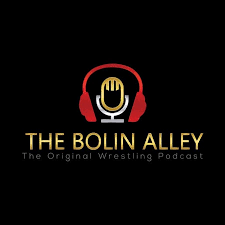 Kenny continued his role in his corporate day job while working for Nick at night. Despite being a master interviewer and cutting the best promos, Kenny was struggling to pay the bills… so, he moved back to Louisville, Kentucky.

While employed by a couple of independent promotions, Kenny met Danny Davis of OVW (Ohio Valley Wrestling) and began working for him. Some nights, he made more money than Danny selling merchandise, which is called “gimmicks” in wrestling. OVW came upon the opportunity to work with the WWE as a developmental organization to help WWE get new talent experience. Kenny would manage some of the big stars in the WWE as well as the new talent OVW was training.

Kenny continued to learn how to make money in OVW by selling advertising:

“I would go out and sell banners for all the shows and get a percentage from OVW. In addition, I would make money—about 30 percent—booking Stone Cold Steve Austin, Big Show, and other WWE superstars for personal appearances.”

Not only that, but Kenny got to live his dream of being a “heel” aka “bad guy” manager—one he had been preparing for since high school, where he says he was “not really liked.”

While Kenny was able to use his ability to speak and sell to make his living in wrestling, he is also a veteran podcaster and radio host. He started in podcasting/radio with a pro-wrestling hotline.

“I was the first pro-wrestling podcast. I started before anyone else wanted to do it.”

That was in 1996, but he began in television ten years prior as a commentator. He has since completed over 1187 episodes of The Bolin Alley Podcast (audio and video). On average, his episodes garner around 40,000 views and another 40,000 listens to the audio version.

“I have the best podcast in the world,” he said.

Kenny broadcasts his show daily, and episodes sometimes lasts three hours or more. He loves interacting with his fans, although he was quick to warn that he “will block you if you are a troll.”

While Kenny has monetized his video podcast through donations, he still endeavors to monetize the audio form of it. He always prioritizes the listener’s experience. And although he talks about all kinds of subjects, he continually relates it back to sports.

Kenny Bolin is a master entertainer who was born to podcast. He takes it to the next level by providing the entertainment his fans want with the controversy that keeps his listeners wanting more. Kenny has stayed the course and evolved as podcaster—expect more great things to happen as Kenny builds his podcasting brand.

UTR: Movies That Changed My Life