Mark Gillepsie’s earliest memories of whiskey are from his teenage years playing home bartender for his dad and family friends. Perfecting the “seven and seven” early on, Mark got his first job in radio the day he graduated high school in 1980.

He went on to spend his entire adult life (40 years this year, in fact) in broadcast media.

It’s no surprise, then, that he would eventually combine his love for both—whiskey and broadcast media—as the creator, host, and executive producer of WhiskyCast.

In 2005, Mark was working as a producer for a company that was creating content for CNN at a broadcast studio in New Jersey. Although podcasting was still in its infancy then (according to Mark), the “brain trust” decided they needed one.

“I was the poor schmuck who was going to have to put it all together and make it work,” Mark said. “I already had a lot on my plate, so I was hesitant to jump in. I wanted to research it, and find out what we were getting ourselves into, before we put a longtime brand on the line with a podcast that we might kill after a few weeks because it’s a pain in the neck to produce.”

Mark had tossed around the idea of doing a whiskey podcast just for fun, so he asked some folks on one of the whiskey magazine message boards whether they would listen to one if he produced it. There were 17 responses, 14 of which asked, “What’s a podcast?” Three replied with “maybe,” and one with, “Yeah, I’d listen.”

That was enough for Mark to load up his recording gear and take off to a whiskey festival in New York that fall. 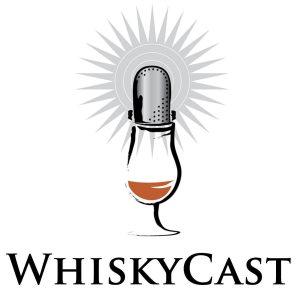 He started WhiskyCast figuring if he killed it after a few weeks, it would be no big deal. There was really no risk. No matter what, he’d get a chance to learn more about something he loved, but didn’t know a lot about. Starting the podcast gave him the chance to talk with experts, learning directly from them.

He completed a bunch of interviews at the whiskey festival, returned to town, and produced a few podcasts under the Whiskycast banner.

“I produced these episodes, and people went, ‘Oh, that’s what you meant by a podcast. Okay, we get it now.’ They started listening, and the numbers went up.”

Mark parted ways with the broadcast studio in 2010. Producing with his own equipment from that point on, it became a full-time gig in 2010.

A natural storyteller with a passion for the craft of whiskey production and a palate that has been cultivated to distinguish the subtle nuances of a finely crafted bottle of spirits, Mark’s show and platform are now helping bring more coverage to the industry.

“The state of whiskey, podcasting, and whiskey media is sort of where wine was in the early 90s,” Mark explained. “We’re starting to get more and more exposure; we’re starting to get people to take it seriously. There are great stories to be told. You have people in this industry who have been doing it for 60 plus years. There are families who have been in this business for generations. Others have started it as a second career. I know of at least three different chemical engineers who had been working as chemists—engineers in the field—and are began playing around with home brewing. They’re now professional distillers who have started their own distilleries. Then, there are people just starting out in the craft distilling world who make it a family affair; they run the farm that grows the grain that the rest of the family distills in their distillery each year.”

With a history going back several hundred years, there are plenty of fascinating stories out there about whiskey. Mark wanted to delve into them all.

The only problem: there was no money coming in.

“They came to me to have one of those ‘come-to-Jesus meetings.’ They sat me down and said, ‘Look, this thing you’re doing is really cute. But you’ve had one job interview in nine months, and we know you’ve been looking, because you want to be able to keep producing the podcast. You gotta let mom take it over, because she knows about business. And selling. And marketing. And you don’t. You suck at it.’”

So, Mark’s wife, Christina, took over the business side of Cask Strength Media, and now, the show is fully monetized via advertising. As an added bonus, Mark’s time was freed up enough for him to add a tasting panel podcast (on hiatus right now) to the mix while also producing podcasts and doing PR for other organizations like Tales From The Hill—a show Mark produces for Heaven Hill Distillery.

As of this writing, WhiskyCast has aired 813 episodes. Covering a broad range of topics from the economic impact of climate change on grain growers to the latest updates from one of the many festivals held around the world for craft whiskey producers, the show is filled with fascinating news and interviews from industry experts, both historical and timely.

On one of the most recent shows, Mark talks about how distilleries are now making hand sanitizer and giving it away to try and make a difference during the current Coronavirus pandemic.

With Father’s Day just around the corner, WhiskyCast might also be the perfect answer to the “Not socks and ties again!” gift-giving dilemma.

Why not celebrate your dad with a nice bottle of whiskey to share together?

The first step, Mark advised, is to find out what kind of whiskey he likes. Is he a bourbon drinker, or scotch? Does he like Irish Whiskey? From there, you can find something premium along those lines.

You can even create a new tradition of getting an engraved bottle to honor him.

And of course, you can tune in to WhiskyCast to learn the finer nuances of the different kinds of whiskey from an industry expert… alongside your dad!

Doleo: From Everyman to Vigilante

How Losing His Identity Led Jerrad Lopes to Two-Million Downloads