Originally, Justin Malik and Lee Rankinen found success in creating hundreds of apps, but they were overworked and unfulfilled. They decided podcasting was for them, going on to create the Optimal Living Daily (OLD) podcast network that recently achieved 100 million downloads with just one of their shows! What is equally amazing is their completely different approach to their shows—they feature no interviews or original content.

Their simple pitch? “Nothing required on your part.”

“We are not experts in personal development, but it is possible to find experts. And instead of doing the typical interview-based show, we thought, what if we get their permission to just narrate their articles? Our goal was to basically start a big catalog.”

Simple, but genius! When you see the list of big names who have been ‘on’ their podcast, why wouldn’t other experts grant their permission? They get extra free exposure for their work, leveraging what is already out there in the public domain. The OLD podcast shares credible, high-quality content, and the listener gets it in a consistent, easily digestible new format that is curated for them.

Their model is something I hadn’t really thought of as an option, and I love when someone goes with something outside of the obvious and really runs with it. Plus, without the pressure to create original content, the duo is able to put out greater volumes of powerful work.

“All we need is the permission. We find the articles and create the audio, which we can send to the expert, too, if he or she wants.” (Thus, the “nothing required on your part” theme.)

This team of two created the ultimate win-win scenario!

“Joshua Fields Millburn and Ryan Nicodemus, authors of multiple books on minimalism, like Minimalism: Live a Meaningful Life, were two of the biggest and most well-known authors we reached out to early on. At that time, they didn’t have a podcast, and their documentary on Netflix had not been released yet. Getting them on board helped us get bigger and bigger names to feature.

“Our first goal was a thousand downloads a year. We had no idea… we hit that within a few days! We got lucky with the timing—it was the end of the year, and people are really into personal development then.” 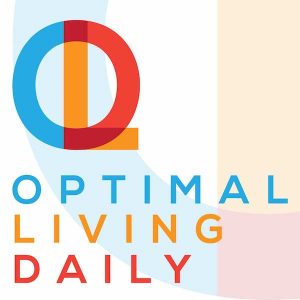 Justin and Lee’s first episode was titled “Minimalism and Personal Development.” Shortly after launching it, the “The Minimalists,” Fields Millburn and Nicodemus, launched their own podcast, and actually mentioned Justin and Lee’s show on that.

“It was like a rocket, The Minimalists Podcast was so popular, and they already had an audience of a million-plus readers of their books. They were like, ‘Hey, these guys are narrating our articles—you might want to check them out!’”

The guys were able to capitalize on that strong start since there weren’t a lot of good personal development podcasts out there that weren’t interview style at the time. And Fields Millburn and Nicodemus liked their show so much, they actually asked Justin and Lee to narrate their audio books.

I was curious about the challenges the guys had to deal with because of their rapid growth.

“Just finding the right team members to handle everything when we weren’t big enough to have sponsorship. It took us a solid year to get sponsorship, and that was with doing daily shows.”

When did they actually hit millions of downloads, receive sponsorship, and really feel like they had built a successful podcast-based business?

Well, they hit one million total downloads in week 25. Currently, they have around 163 million downloads with about 1.3 million downloads a week across the network. With these sorts of numbers, you can definitely attract sponsorship, which they attribute about 99% of their current revenue to.

How was it to consistently launch new shows while trying to replicate their initial success?

“You have to know your audience. We have tried going outside of narration thing just to see what would happen. We got hundreds of downloads with it, but at that point, we were in the millions with the other shows that we promoted it on. So, some will be duds.”

They noted it is getting harder and harder now to get new listeners in 2020. They have also relaxed their production schedule a bit since their seven-days-per-week format. Now, all their shows go out five days a week, with Justin still doing all the edits.

“My life is just audio editing now and the narration of one show.”

Having launched five to six shows within a couple years, I wondered about their strategy, and what has stopped them rolling out more at this point.

“Part of it is diminishing returns. Podcasts have grown so much, and discovery is harder. The other thing is we grew too fast in the beginning. I was still in corporate America when we started, and Justin was working on our network 24/7 to keep us afloat. So now, we’ve really taken a break from that sort of growth to dial in our processes and hire the right people in the right places. There’s no coming back to that initial scaling mindset. But we’ll likely begin launching new shows before the year is out.”

With hundreds of millions of downloads, they are certainly achieving optimal podcasting daily!