There used to be a Nightly News that everyone eagerly watched (except the kids, of course). You were loyal to either Tom Brokaw, Peter Jennings, or Dan Rather, or you had faith in all three and watched whatever came on. For the most part, Americans felt their news was unbiased, fair, and thorough. And they had great respect for the newscasters.

Then the Internet happened.

News stations could monitor which headlines got the most clicks on their website. So little by little, programming changed. With 1,000 more choices than Jennings, Brokaw, or Rather, stations took ownership of their bias to collect a bigger piece of the pie.

That culminated, for the first time in radio and TV history, a feeling of overwhelm and depression around the choices. People then began to avoid the news because it was depressing. Soon, the need for “fact checking” became evident.

Now with social media, fake stories and real stories get the same treatment, leaving people unsure of what to believe.

That’s the world Erica Mandy stepped into when she became a reporter for a Los Angeles news station. And while she was super excited to bring her skills to L.A., she saw the television audience shrinking as people lost faith in their news.

Growing up, Erica loved writing. It came naturally to her, and she easily excelled at school. When it came to choosing a college direction, she combined her love of being on stage dancing with her passion for writing and her inherent empathy for others by majoring in Broadcast Journalism.

She cut her chops as a reporter in both Missouri and Oregon before making the jump to L.A. (and even won awards for her work). But L.A. brought new challenges. In one of the biggest news markets in America, the demands were higher and priorities different than what was in Erica’s heart.

Her commute to work was long, which enabled her to really dive deep into podcasts and truly experience the power of that one-on-one connection a host has with the listener. With America’s woes over news on her mind, she decided she could choose the news that reaches a disenchanted audience via a podcast.

So she quit. She quit a six-figure job in the biggest news market in America to go after a dream, giving herself one year to create a new viable business model to support her family. 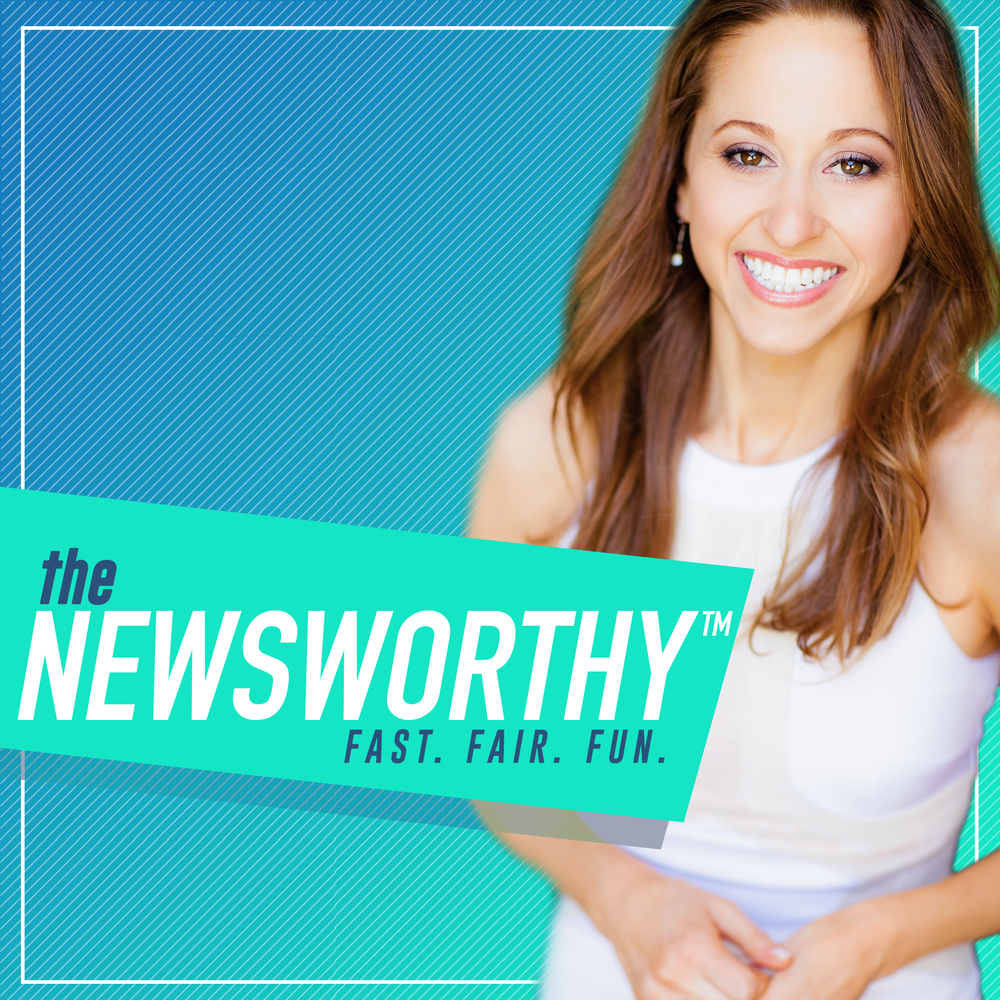 The questions she asked herself were: What if news could be fair again? What if it could actually be fun to listen to? And what if it fit into today’s busy schedules in a way news never could before?

And that became The Newsworthy.

10 minutes of daily news that is thoroughly vetted to give you both sides of a story in true “reported-not-persuaded” fashion. Not only are you kept up to date with the most relevant stories, but Erica includes the positive stories most stations don’t have time for. Providing that kind of levity to make you smile is important to Erica, because, despite the news, we live in a great world.

And if Erica’s listeners’ feedback is any measure of success, she is not only a successful podcast host, but really, she’s hit a Grand Slam with The Newsworthy:

“I’ve been listening to this podcast for about three years. I love that it is brief, but still captures all the news one would need to know on a daily basis. It’s upbeat, and if I’m having a chaotic morning, I find relief in hearing the friendly voice on the podcast. It’s impartial news, and I enjoy being able to hear political news without fighting. It’s a great newscast!”

Maybe, just maybe, it’s time for you to go after your dream, as well.

Alan Alda Is Clear And Vivid At 84

Under The Radar: The Launchcast