Our world runs on fear. It envelops mankind. It’s invisible, yet readily discernible. We are taught to be afraid of anyone and anything different from ourselves.

But fear leads to violence, and violence leads to war. So, there must be another way.

There is, and it starts with you.

That’s the premise behind the Love Anyway podcast produced by Preemptive Love and hosted by Erin Wilson, field editor living in Iraq.

Love Anyway is an immersive storytelling podcast that explores how ordinary people who live in places like Iraq, Syria, the U.S., and on the frontlines of conflict around the world are making the extraordinary choice to choose love in the face of fear.

“The mission of the Love Anyway podcast is to introduce listeners to people who choose to love in difficult and divisive situations, with the goal of dismantling the myth of ‘us versus them,’” said Wilson. “The stories we share come out of our work in the most polarized and often violent places around the world. Our goal is a simple one—to end all war. We aim to do this through relief programs designed to help stop the spread of war, job creation to reduce the risk of war, and community building to slowly heal the past and change the ideas that lead to war. We provide this relief not as an exercise, but to help people meet and come to fundamentally understand one another better. We believe that once people truly get to know another person, it is harder for them to hate that person. Where there is no hate, love can thrive.”

Wilson and a few of her colleagues began the podcast a little over a year ago. Although it is currently on hiatus, they have recorded four seasons so far, most of which are eight episodes long. This break in podcasting has allowed Erin to switch hats and assumes other duties, like those of the editor-in-chief for field communications. She is responsible for gathering media from the other countries they work with, including photography, video, film, and sound.

Wilson’s core listening audience consists of three groups: the first includes the initial Preemptive Love followers, the second are new followers, and the third are the actual people the podcast serves.

“Podcasts are an amazing way for an organization to stay transparent. It’s a beautiful, collaborative experience when you know you’re making something that is going to be listened to by the very person you are interviewing. And when that person shares it with friends, it’s amazing. Especially if it’s on Facebook. Iraqis love Facebook!

“We introduce everyday people to our listeners who are making the hard choice to choose love as their default, instead of hate. That’s hard, especially now with the civil unrest in the U.S. Through our podcast, we want folks to know that choosing love is possible. It’s not easy, but it is possible. 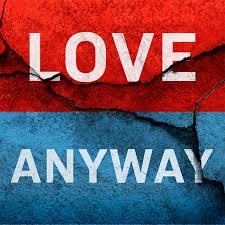 “When I initially came to Iraq seven years ago, it was to teach photography to kids who didn’t have many opportunities. I fell in love with the people and decided I wanted to live a chunk of my life with the folks here. I made the move a year before ISIS came on the scene, and have been here for nine years now. This is my third career. I was born and raised in Crystal Beach, Canada, and I had a very nice life. My first career was as a restoration carpenter; my second was as a museum curator; and now, I’m doing this. But the common thread through all three is story. With building restoration, you are waiting for the building to talk to you. As a curator, you wait for the artifacts to talk to you. And now, I actually get to talk to people.”

Wilson says her daily life in Iraq is much like everyone else’s. “Whatever picture you have of Iraq, it’s not what you think. Because of COVID, things have changed a bit, but it’s a beautiful place to live. I enjoy swimming in a nearby lake, getting pizza delivered to my house, and spending time on Twitter. Occasionally, there are times when we don’t have power, but things have greatly improved from when I first came.

What Wilson loves most about hosting the podcast is getting to interview and talk with some truly amazing people.

“I get the opportunity to act as a mirror to the world. I get to hold up ordinary folks, who are Iraqi or Syrian, and show them how amazing they are. In Southern Iraq when ISIS was on the scene, a colleague named Sadiq was taking food supplies to people who really needed it. The truck broke down, and he had to bury himself in the sand, so ISIS wouldn’t find him. He risked his life for people he did not know, because he knew they needed food. He refused to leave the truck. He chose to love anyway.

“After people listen to the podcast, I hope they will be brave enough to open up to their community—to introduce themselves to a refugee family living in the area. I hope they have the courage to stand up for a woman in a headscarf getting harassed on a bus, or to simply listen to somebody with a different point of view than theirs. This moment in U.S. history is significant, because people can make choices before they ever go cast a ballot. We all have the choice to hear people’s concerns or continue to ignore them.”

Wilson is single. Whenever her well-meaning friends in Iraq ask her why she is not married, she answers, “Because I didn’t have to. I love that I have that choice, because many women do not.”

So, what about you?

Will you choose to love anyway?